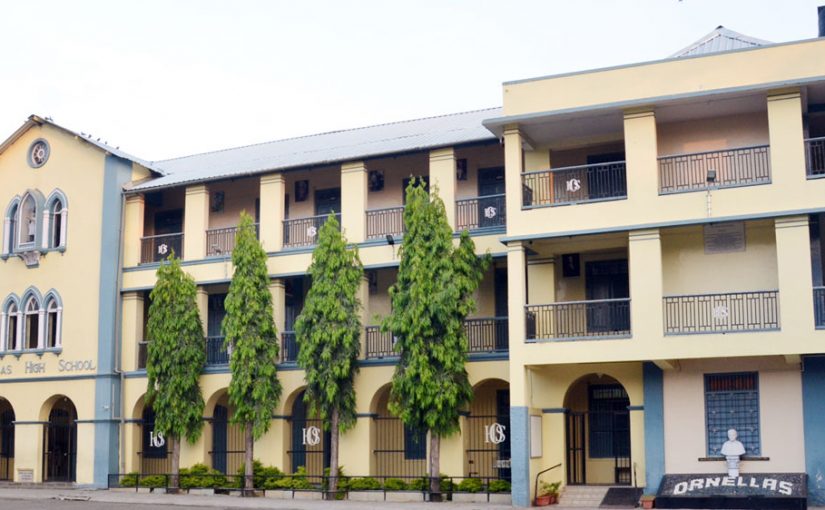 BIRTH: I was born in Pune and studied in the Ornella High School where Marathi was compulsory till 4th Std

The Modi sarkar is conducting the NPS (same as NRC) from April 1, 2020 (no fooling) to September 31, 2020. It is true that the UPA government started the first NPRs in 2010. But the UPA government asked only ten questions. They did not ask for father’s, mother’s, grandfather’s and grandmother’s date of birth. They did ask for address proof and duration of stay at present address. They did ask for aadhar card, passport number, voter ID card, PAN card and driving license. Many of these are private and confidential. You don’t have to share them with Amit Shah. The Home Minister promised that there will be no force and no proof will be demanded. You can call yourself Mickey Mouse born in Disneyland….

I WAS born in Koyaji hospital in Poonah which is now Pune. In my birth certificate my place of birth is Poonah. Now do I have to change my name in my birth certificate because the state has changed its name? My father was a lower division clerk in the Accounts Department in Defense Forces. He was attached to all the ordinance factories which make guns and bullets. The corruption and quality of ammunition made in India’s ordinance factories have killed more Indians than Pakistani militants or terrorists.
Will Defense Minister Nirmala Sitaraman order a surgical strike against the ordinance factories? Our ordinance factory have not been able to build even a long range gun or a tank in the last 73 years. But they continue to make refrigerated meat and chapattis for the armed forces serving in Ladakh.

After my 4th standard where I had to study Marathi compulsorily along with English my father was transferred to another ordinance factory in Jabalpur, which is in Madhya Pradesh. I must have been around ten years then as I remember taking part in a play. When the curtains came down I was the only one standing outside the curtains. In 5th and 6th standard I learnt Hindi as compulsory language as it was a state language in MP.
We shifted from MP to a place called Ballarpur in West Bengal. It was during the time of the first communist government headed by the legendry Jyoti Basu. Jyoti Basu would have made an excellent prime minister. He was offered the PM’s job but CPM refused to take it. He died in his 90s, a bitter man. In Ballarpur of course I had to study Bengali along with English as Bengali was the State language.
By birth at least my father was a Tamil Brahmin Iyer, we were commonly referred to as Tam Brahms. They are considered much superior to the Saraswats of Goa. According to the Tamil Brahmins nobody who eats fish can be considered a Brahmin. Though I don’t believe in religion and any kind of god I did not eat fish or meat, nor ate any of it in my very religious home till I was 21 years old. I never developed a taste for animal meat. Fish, chicken, beef or pork, I tried at the 5-star hotels in Mumbai but it all tasted like rubber to me. So by choice I am vegetarian. People ask me if I don’t eat eggs? I reply that I am not a fanatic and of course I love to eat eggs but only in Omelette form. I haven’t taken to the ros-omlet which late Manohar Parrikar used to greatly enjoy.

The Government of India or rather the Defense Ministry can be very insensitive. Imagine posting a Tamil Brahmin Iyer employee to Tundla which is 10 km from the Taj Mahal in Agra. My father in protest never even visited the Taj Mahal! Though as kids we saw it during the school excursions. This was way back in the 1950s. The Taj Mahal had become much dirtier as the white stone filled with dirt. As far as I know no Hindu organization called for the demolition of the Taj Mahal because Lord Krishna was born there. Just as we do not know the birth place of various mythological characters in Hindu religion, we cannot even prove that Ram was born in Ayodhya. At the risk of offending good Goans and the people of Maharashtra where the cue pot-bellied Ganesh or our elephant god was born. Legend has it that in Lord Shiva’s wife Parvati was having a bath. The young Ganesh, who may have been a teenager, was told to guard the bathroom so that nobody invades her privacy in birthday clothes. When Shiva returned and insisted on entering the bathroom Ganesha refused. An angry Shiva cut off his head. Naturally mother Parvati was very upset.
At that time an elephant was passing by near the palace of Lord Shiva’s abode. And we have it on the authority of Prime Minister Narendra Modi that Indian surgeons did the first head transplant when they put the head of an elephant on Ganesha’s neck. But in another version in the novels of Anish Tripathy all the deformed children of the gods and kings were sent to Dhandakarnya forest and were called nagas. In the National Population Register who will be named as the nagas? How and why did the nagas shift from Nagpur to the North-East? Where the bulk of today’s Naga tribals live. Many of them are in Goa working in various establishments like the beauty and hospitality business and also restaurants and casinos.

Tired of moving from city to city and studying in schools with different official languages, my father who was transferred to Bangalore decided that his three children and wife would settle in Bangalore. He of course continued to roam around the country on transfer. By the time he became junior accounts officer my greedy mother wanted more and more gold jewelry and he got himself transferred to any an army regiment in Ladakh where he got higher salaries. That suited me because as a family my parents were incompatible. They were constantly warring and we children were dragged from police station to police station.
I spent more than 10 years in Bangalore which is now Bengaluru. Then there were no IT units in Bengaluru. It was a sleepy old pensioners town even more sussegad than Panaji was when I came to Goa at 1983. There used to be only one shopping area called MG road which was like our 18 June road. Surprisingly there was a Catholic joint where Anglo-Indian girls did strip shows. It was more famous then the Coffee Houses which were run by the employees of the Indian Coffee Board.

Since I was born in Pune technically it makes me a Maharastrian. Although I spent most of my schooling years in Bangalore which makes me a Kannadiga. I spent 15 years working in Bombay which is now Mumbai.
I want to know from Modi sarkar what name should I enter in the National Population Register starting April 1, 2020. I want to know what birth certificate I can give this Modi sarkar as both my parents are dead and they never gave me any of their birth certificates. They were too busy quarreling to celebrate birthdays. I want to ask the Modi sarkar whether I am Maharashtrian, a Kannadiga or a Bengali, or from UP or MP or the states in which I’ve lived along my life from birth to the present. I wish to tell the Modi sarkar that I am a patriotic Indian first and last and cannot give it either my birth certificate or my parents’ birth certificates or certify my caste and that I am a Hindu or a Tamil Brahmin or Saraswat or Gaudi or Kunbi.