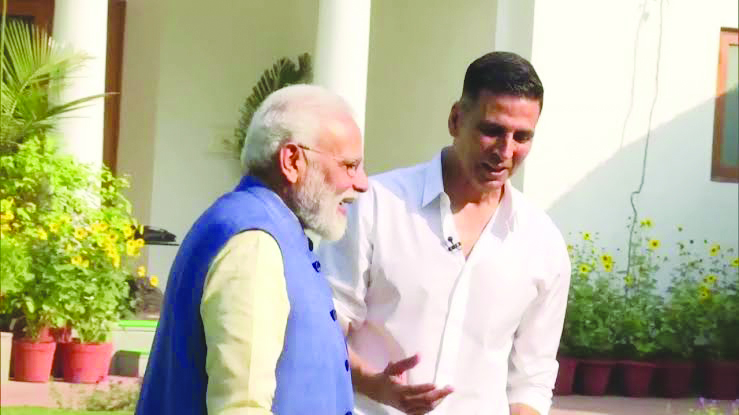 EXCEPTION: While media have been refused interviews by Narendra Modi, Akshay Kumar was specially invited for a discussion where only friendly questions were asked.\

The film industry including the three Khans and Amitabh Bachchan have always supported the party in power. In fact Subhash Chandra of Zee TV was the president of the ABVP. Ironically Akshay Kumar who was the only Bollywood personality to interview Modi is a Canadian citizen.