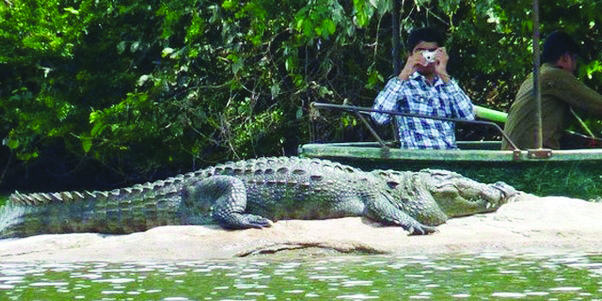 CONVERTED: Even the pretty village of Cumbarjua which the late Father Bismarque wanted to conserve as a green oasis has been declared an urban area.

And a few stray thoughts on a state government admitting that it was bankrupt. Answers to questions in the Assembly revealed that the total debt burden of the state has increased to 20,411 crore. While the public debt alone is15,219.56 crore other liabilities are more than 5,000 crore. The debt has piled up because the state has been unable to pay interest let alone return the principle amount in the last few years. The accumulated interest alone on the borrowings in the last few years is1,389 crore. The state government will have to pay an increasing EMI totaling to 2,909 crore comprising interest and principle up to 2028-29. The average burden of debt on every Goan is over25,000 per head. Goa now has the highest debt burden, when earlier it used to pride itself on being the state with the highest per capita income. Lack of funds has affected the functioning of several state departments.
Indeed, the state has been forced to borrow money to even pay its 60,000 odd employees. The state has been unable to pay contractors who have undertaken various development works. So much so there are no takers for fresh tenders issued by the state. There does not seem to be hope of any relief from the debt burden in the immediate future. Mining has yet to revive and the permission given to export nine lakh tons of ore that had already been extracted will not bring any additional income as royalty has already been paid. The state has yet to receive even 30% of its share of the GST. The income from tourism has also shown a decline following the closure of Thomas Cook in the UK which used to be responsible for bringing the bulk of British tourists. While no new industry has opened in Goa the state has to spend over200 crore for the SEZ land which it has taken back.

IT may be recalled that following the discovery that the land meant for the Special Economic Zone had actually been grabbed by builders, the land allotted was cancelled. The SEZ policy itself was scrapped. While some of the units agreed to return the land the bulk of them sought compensation for return of land. Though the state government has been allotted a coal block for generating power, it does not have refunds to pay for it. It is likely that there will be delay in sustaining the social sector scheme such as Ladli Laxmi and Grah Aadhaar scheme. Even old age pensions have been pending and the insurance scheme seems to have been scrapped. Casinos remain the main income earner for the government. Ports Minister Michael Lobo has suggested that the government should legalize matka, the poor men’s gambling sport. Lobo has pointed out that if GST was levied on matka earnings the state would earn huge amounts of money. The state has not been able to complete the Atal Sethu bridge as two of the arms connecting Ponda and Panjim are yet to be completed. There is also likely to be a delay in completion of the Zuari Bridge and this will continue to create traffic problems on the Margao-Panjim route.
In the wake of the novel caronavirus infection the government of China completed a new 1,000 bed hospital in the worst affected area within ten days. Goa has not been able to complete the South Goa district hospital even after five years.

AND a few stray thoughts on Goa being disappointed with the Union budget for 2021-22 presented by Finance Minister Nirmala Sitharaman. There were no benefits specifically for Goa in the budget. No incentives were announced either for the tourism or mining industry. On the contrary the tourism industry has been complaining about reduction in the quantity of liquor and cigarettes that can be brought in duty free into the state. The budget has reduced the free quarter from two liters of alcohol to one liter and has banned the entry of cigarettes all together.

no schemes for goans

There is not a single scheme for Goa which would have benefited the people. Goa would have been happy to get a suburban railway network that has been allotted to even more crowded Bangalore. The number of vehicles in the state exceed the population instead. Every household feels the need to have a 2-wheeler for every member of the family and a 4-wheeler as well because the public transport system in Goa is totally unreliable. The public transport buses and their private counterparts run only up to 8pm to connect major cities. In the tourism belt public buses stop as early as 7 pm. So much so those who want to enjoy the night life of Goa have to rely on the taxi mafia. GoaMiles has not been able to break the stranghold of the tourist taxi mafia. The tourist taxis have yet to register the digital meters they are required to by the High Court. The tourist taxis have also objected to installation of a GPS system.
If Goa had been sanctioned a metro or suburban railway it would really have been of big help to tourists and locals. The traffic congestion would have reduced and there would be no parking problem. The Center did not even have to sanction a completely new suburban or metro network. The existing Konkan Railway could have been extended to major cities and tourism areas. It is obvious that with just three members of Parliament, Goa does not have any voice in Delhi. In the absence of Manohar Parrikar who used to command the attention of senior BJP leaders, there is nobody to take up Goa’s cause at the center.
For years Goa has been among the major contributors to the foreign exchange earning of the country. Both through iron ore export earnings and on account of charter tourism. Goa has never been compensated or rewarded for its contribution to central finances. Even in the case of GST Goa has been a consumer state and contributed more than in proportion to central finances. The center will also lose revenue from insurance premium from one of the highest contributors towards LIC policies. This is because it is no longer economically attractive to invest in LIC. The government has no doubt cut income-tax for the middle class but only at the expense of tax benefits. The least the center can do is release Goa’s share of its contribution to the GST khazana of the center.

AND a few stray thoughts on the state government declaring 40 of the most developed villages in the state as urban areas. The state government claims that this decision has been taken on demand of census authorities. Admittedly, when the population of a village crosses 10,000, for purposes of the census which is due next year, the area is classified as an urban area. But the risk is that the politicians in the state will use this to demand greater conversion from agriculture and orchard lands to settlement and commercial. The status of villages in Goa are not decided on the size of the population but demands of the local MLA. For instance, Taleigao always used to be a part of the Municipal Corporation of Panjim. But when Babush Monseratte became the Taleigao MLA he insisted that it should be reverted to the status of a village.
The villages which have been converted into urban areas include not only coastal villages but also heritage villages. I use the expression heritage for villages like Saligao and Siolim which have their own unique identity. Similarly, outsiders who chose to settle in Goa are not obsessed with a beach front location. Over the years many outsiders have bought what are referred to as Portuguese villas.
Indeed, many ancestral houses in the greenest villages of Goa have been sold to outsiders. This is partly because of the Uniform Civil Code where nobody wants to spend on maintaining ancestral homes. Since there is no agreement on holding it collectively most families sell their brightest jewel and share the profit. Not that it is easy as there may be more than hundred claimants to ancestral property. But some of the best preserved ancestral houses are worth it as they are located in green villages. Getting Portuguese-type villas would be very difficult in the other states of the country. Unfortunately, Goa does not have the rule implemented by every state that agriculture property cannot be sold to outsiders.
Even the late Fr Bismarque’s green and tranquil Cumbarjua has been declared as an urban area now. The only group of Goans who will be laughing all the way to the bank are the builders. No wonder there is strong opposition to declaring beautiful villages which do not have concrete jungles as urban areas. As the very word suggest with the tag of urban area the villages will get even more urbanized. Historically, Goan villages have ensured that the height of any building in the village does not exceed the height of a coconut tree. Now all villages will become like Taleigao with eight to 10 storeyed standard high-rise gated colonies.

And a few stray thoughts on the impact of BREXIT on Goans living and working on Portuguese passports in the UK. Goans could work in the UK as long as it was part of the European Economic Community. Under the EEC rules you do not require a visa or a work permit to move from one part of the EEC to the other. Goans took advantage of the fact that Portugal was a member of the EEC. Since Portugal offers its citizenship to Goans up to three generations from the year 1961 when Goa became part of India, Goans got themselves Portuguese passports to enable them to migrate and work anywhere in Europe, including Germany, France, Sweden and other European countries. They chose the UK because there was no language problem as most Goans know English. According to Keith Vaz, former British MLA of Goan origin, if Goans have been residing in the UK for more than five years they enjoy settled status and can become citizens of UK. Those who have been in the UK for only three years can seek pre-settlement status which can be converted to settlement status. The exit of UK from EEC may not affect Goans who are already working there. But the door has shut on those who wanted to migrate to UK after December 31, 2020. Which was the cutoff date for migration to the UK on Portuguese passport.
AND a last stray thought on the novel caronavirus epidemic which has also affected Goa. Close ties have developed between China and Goa ever since the Olympics was held in China in 2005. During the iron ore export boom a lot of Indian businessman travelled to China which was the largest importer of Goan ore. Interestingly, quite a few students from India including Goa went to China to study medicine and engineering as the standards are supposed to be very good in comparison with the fees of private medical colleges. The novel caronavirus infection was first reported from the crowded Chinese city called Wuhan. It spread very rapidly with three or four cases suspected so far in Goa. Goa is very vulnerable to any viral infection from outside because of the large number of tourists coming to Goa. Even in the case of the SARS epidemic the first reported confirmed case was in Goa. Goa has set up a special facility in the GMC to isolate the deadly caronavirus which can kill quickly. This is in sharp contrast to the response of China which put up an entire 1,000 bed hospital in ten days. In contrast, even after five years the South Goa District Hospital is not completed