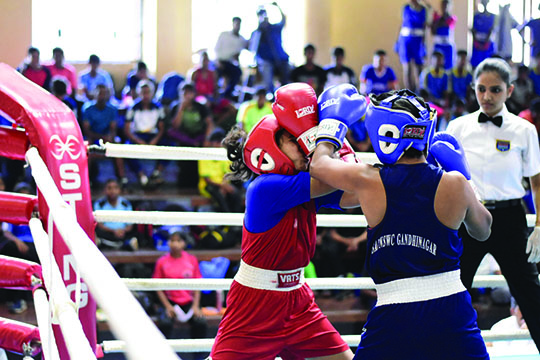 IT is very distressing that our Ribandar residents are still grappling with the now awful roads that were recklessly dug up last year and continue to be unattended to. It will soon be another monsoon while we are at the mercy of roads which in a precarious state and accident prone. Local MLA Babush Monseratte cannot resolve this issue while Panaji continues to sink and Ribandar is down in utter dumps.
As always people are used and abused pawns by the very politicians they vote for and depend on for ensuring that their best interests are protected. However, through rampant corruption, broken promises, wilful neglect and incompetence, all suffer from ever increasing degradation of infrastructure, poor planning and destruction of the environment by sewage pollution, lack of garbage treatment facilities and pathetic roads.
Pre-election, the current Panaji MLA made many false promises. Including the one about casinos to be removed from River Mandovi within 100 days! Perhaps he does not have enough time as his only focus after assuming office is to saffronise himself, feather his own nest and shamelessly jump ship, betraying trust of people and worsening the civic issues they suffer from. The nine parasites who overnight saffronised themselves will never be forgiven. The stench of sewage and garbage is more bearable than the stink of corruption from those in power!
— Aires Rodrigues, Ribandar

POWER PRIME MINISTER!
POWER in the hands of one person is never a prudent idea. The Chinese president is finding that out now. He has always been at the forefront in all eventualities, mostly basking in the economic advancement of his country. With the Covid deaths and subsequent slowdown of the Chinese economy, he is beginning to feel the heat. And all this time he got used to assuming a one-man leadership! The world is not looking too kindly towards China, never mind the snide racist comments. In effect he is looking to palm off the blame!
In India too we see power in the hands of two persons. In the last elections there was only one official leader, who incidentally, was always silent and never engaged in any dialogue. Therefore, he assumed no responsibility. This time around Home Minister Amit Shah, perhaps wanting to take credit for various past and present ‘measures’ that were all his, decided to get on board. All was well until the Delhi riots happened! Shah continues to blame the Congress for everything, much as he did when out of power. Today too it is lame excuses to palm off blame to someone else.
Come to Goa and we see the CM being quite ‘successful’ in assuming a single leader role! He can ‘speak’ away all problems even those as catastrophic as the Mhadei waters! Goa, he says, has nothing to worry about. With every notice from the Supreme Court he can speak away any worries. Mining dependents are hopeful that mining will resume because the CM says so. Covid has no chance of a foothold in Goa as all WHO measures are in place. Visit the animal and wet markets to see WHO guidelines! He continues to dip into all reserves putting the State into a debt trap, and gets away with it. He is even able to tweak history with aplomb!
— R Fernandes, Margao

REAL MEANING OF AZAADI
The BJP leaders are seen showing great enthusiasm in targeting/arresting those challenging “Hindutva” ideology and raising slogans of “Azaadi” or freedom on serious charges of sedition but refusing to take action against their own leaders indirectly responsible for the recent communal riots in New Delhi and who are still trying to instigate people in other parts of India by fully backing slogans like “Desh ke gaddaron ko, Goli maro sallon ko” (Shoot the traitors) and somehow trying to portray all the minorities not just as anti-nationals or outsiders but as illegal immigrants/infiltrators, if not as real enemies of this country just to indulge in appeasement of the majority and to secure their guaranteed vote-bank permanently for political survival.
Hey, raising the slogan Azaadi doesn’t mean Azaadi from the nation. The BJP leaders should therefore first try to understand the real meaning & significance of the word “Azaadi”. Yes, today people are righly demanding Azaadi from tyranny, from corrupt leaders, from oppression, from criminals ruling the country, from hunger, from communalism, from arrogance.
Azaadi from the evil – that’s the real reason why people are fighting in our country today. People want to enjoy real freedom and don’t want to live like political slaves. Now, how can the BJP leaders arrest such type of sensible people under serious charges of sedition and brand them as enemies of India?
India is definitely not a private property of the BJP leaders alone but is a sacred home of millions of people belonging to different religions/faiths who know to respect humanity and who believe in living in communal harmony in this country unitedly. The BJP leaders should therefore learn to accept this hard fact first and stop promoting the “dadagiri’ of just one community for political gains as India belongs to all whether they & their supporters like it or not. They should learn to give equal representation & speak on behalf of people of all faiths to prove their secular credentials and if they really want to take their much-hyped “ Sabke Saath, Sabka Vikaas” slogan to a new high in our country in the years to come. Long live Secular India. Down with all the communal clowns and with their dirty religious/caste based politics…. Long live Secularism and Indian unity ….
—Jerry Fernandes, Saligao

WEAPONS BADLY STORED
With the increasing violence across the country it is more and more important that the government streamlines due processes related to weapons. Yet, despite this, one more time, I received a last minute call yesterday evening asking me to deposit my gun at the police station due to the zila parishad elections.
This is not due process. I’ve had the gun most of my life and the proper process is to send a registered letter to all licence holders and put a notice in two or three leading newspapers.
Not only is the government not following this process, they are refusing to store the guns properly. They are stored and stacked roughly in a shabby condition in an ill-ventilated small room. I’ve complained several times in the past upto the level of Collector. It all falls on deaf ears.
These guns are valuable and most have historic or sentimental value as they have been handed down from generation to generation. The government doesn’t forget to regularly increase the license fees for their revenue at exorbitant rates. How come they forget to do the bare minimum in return?
— Stephen Dias, Donapaula