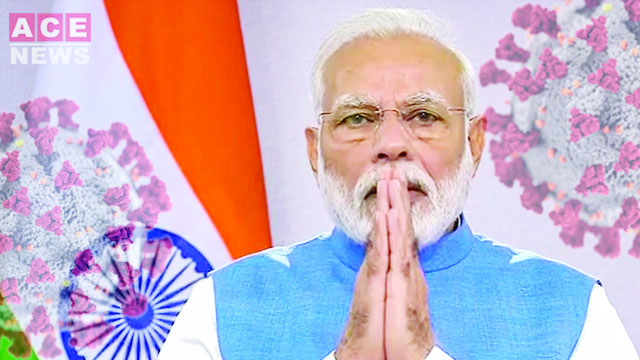 MAFI KI BAAT: PM Narendra Modi apologized to the country for all the trouble caused due to the lockdown coronavirus in his “Maan Ki Baat”

No political party in the country can survive without adequate administrative competence. You may fool some of the people some of the people some of the time. You may feel all the people all the time. But you cannot fool all the people all the time. Which is what Prime Minister Narendra Modi belatedly realized, in his latest Mann Ki Baat, Modi tendered an unqualified apology for the agony he has caused to the people of the country. Particularly, to the large sections of labor class who are literally being starved to death under the guise of containing the coronavirus infection. They may or may not die of the deadly coronavirus infection. Because long before coronavirus claims them the exhaustion of walking back to their home village and towns and hunger and fatigue will kill them……

The problem with the BJP right from the time it got elected with a huge majority in 2014 is that it has no bench strength. This is a football expression which stands for having enough substitutes if something happens to your main players. In the case of the BJP it did not even have any main players. To use the football analogy again the BJP did not have scores and a strong mid-field who would feed the ball to the shooters. Not that the party had no talent. It had stalwarts like Atal Behari Vajpayee who very successfully managed a coalition for a decade.

It had home ministers like LK Advani who knew how to combine firmness with compassion. It had leaders like Pramod Mahajan who was perhaps amongst the best diplomats in the party. It had finance experts like the late Yeshwant Singh who served two terms as the finance minister of the country. The problem was the colossal ego in the Modi group which undermined the party by marginalizing all its top leaders.
At the meeting of the National Executive of the BJP held in Goa, LK Advani who was to succeed as prime minister if the BJP won the elections, was virtually thrown out of the party. So was the senior most member of the party Murli Manohar Joshi. The former finance minister Yeshwant Singh was the next to go. Unfortunately, with the BJP Pramod Mahajan the ultimate dealer, wheeler and fixer was killed by his own brother in a tragic incident. Atal Behari Vajpayee by that time had contracted Alzeimers disease and could no longer help the party even with advice.

THE result is while the party had power it did not know how to administer the country. There were no competent leaders to head the three most important portfolios of home, finance and external affairs. Narendra Modi relied entirely on his Sancho Panza Arun Jaitley who was a good lawyer but a poor administrator. Most of the key portfolios were dumped on Arun Jaitley including the home ministry, finance ministry and law ministry. The only competent administrator in the BJP Cabinet was Nitin Gadkari, former PWD minister of Maharashtra. Gadkari built up his reputation by completing the two dozen flyovers and above all the new Pune-Mumbai Expressway all under cost and within the time limit. But Nitin Gadkari was too close to the Sangh Parivar for the liking of Narendra Modi who could not tolerate any competition. The biggest mistake Modi made was to bring Amit Shah to New Delhi as the home minister. The appointment of Nirmala Sitharaman was not just a disaster but a calamity, it was she who was the misguided genius behind demonetization and the general sales tax. Consistent with his belief of rewarding colleagues for loyalty rather than competence, Modi first made Smriti Irani the minister for education which she messed up, with questions being raised about the level of her own education. Power had gone to her head and she developed a notorious reputation of insulting even senior academicians like the directors of the IITs and the Indian Institute of Science in Bengaluru started by the Noble prize-winning CV Raman.

The only competent administrator even in the second ranks was former Goa Chief Minister Manohar Parrikar who not only proved to be a very competent defence minister but earned a lot of prestige by the counter strike against Pakitan. Unfortunately, he died of pancreatic cancer. Modi fancied himself as the great diplomat who does not even need a foreign minister of his own. Who ignored Sushma Swaraj amongst the most competent of the BJP leaders. Modi did not trust her as she was reputed to belong only to the Advani camp. Modi imagined that he had become a great international statesman. Without realizing that he was a country bumpkin who is being taken a ride by international leaders much smarter and savvy than him.

THE BJP has been on the decline for the last two years. The demonetization of 2,000 and500 notes virtually destroyed the economy. The ostensible objective was to finish the assault on black money. At the end of the exercise it was realized that not even one percent of the alleged black money was recovered. Over 99% of the demonetized currency came back to the banks by hook or crook.

In theory the GST was a brilliant idea. What it sought to do was to substitute the hundreds of taxes levied by the Centre, the States and even the Municipalities by one Central tax. This would improve efficiency and reduce the harassment to which industry was subjected too. The states were persuaded to do away with state level taxes for a share of the GST collected. Unfortunately, the whole procedure was so complicated that the Central taxes realized were less than 15% of the combined taxes of the Centre and states. The states did not get their share and were on the verge of revolt when coronavirus struck. Between demonesation and GST the job losses were horrendous. The people had voted Modi to make in India and create jobs for the crore who did not have a permanent source of income. They did not vote for a government which destroyed the economy and favored the rich at the cost of the poor.

Over the last two years the BJP has been losing its vote share. The saffron brigade lost both Madhya Pradesh and Rajasthan to the Congress party. More recently it lost Maharashtra to the coalition of the National Congress Party (NCP) and Shiv Sena. The BJP lost Karnataka and regained it thanks to Manohar Parrikar who lent a hand with the critical Mhadei river water diversion. The political fortunes of the BJP were sinking.

The coronavirus pandemic has completed the process of destroying the BJP. There is no roti or kapda or makan for the aam aadmi. The factories are closed. The migrant labor are being compelled to go back to their villages. No alternate arrangements were made to feed or clothe or shelter those who were affected by the lockdown. Finally, it has become a choice between dying of hunger and exhaustion or coronavirus infection. Any lingering doubts about the incompetence of the Modi-Shah combine have been swept away. Long before the next elections the BJP will be in the boondocks. The only cloud in the silver lining is the collapse of the Congress party and the lack of an alternate alliance to replace it. Unless of course the country rallies behind Arvind Kejriwal.