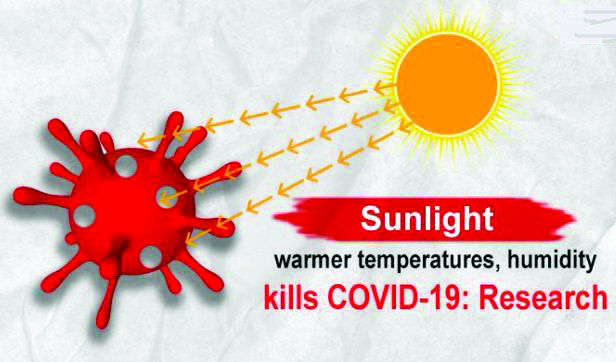 According to the amazing, eloquent Indian-born Dr Shiva Ayyadurai (MIT, PhD, inventor of email, now running for American Senate seat in Massachussettes, USA) it’s the SUN, which is the best vitamin D, the best proven drug to lower inflammation and increase anti-viral compounds. In an interesting Twitter message, he observes, “Guess what? The Ro-measure of contagiousness of a virus – is going down after lockdown ended in most states.” He attributes this to the wonder of patients being out in the sun (vitamin D) anew and free to renew social connections – meaning severe lockdowns only lower the immune system, making matters worse for coronavirus patients.
Another Twitter message (dated May 20, 2020) stays in mind, in this one a Dr Thomas Paul says, “This Covid19/#WHO Plandemic is easily cured when treated early with hydroxychloroquine, + Azithromycin, + zinc. I’d add intravenous vitamin C — which FDA/FBI bans, don’t sell out to Bill Gates!”
More Twitter insight from Dr Vadimir (Zev) Zelenko, Board Certified family practitioner, New York: “I treated 1,450 patients with three drug regimen, hydroxychloroquine, plus Azithromycin, plus zinc. Results: 2 deaths, 4 on respirators and survived. Rest recovered fully.”
In all this interesting books to read up on are Dr Shiva Ayyadurai’s “Systems & Revolution” and “Your Body, Your System.” This engineering systems scientist says that Indian healthcare systems like Ayurveda and Siddha look upon healthcare more totally and the body as a system (like any engineering system) to be maintained with goals and standards – his is a bottom-up movement making constant connections between truth, freedom and health, as opposed to what’s happening in today’s world where mass humanity is being diabolically manipulated to react and respond like dependent robots! ‘
Mr Shiva Ayyadurai’s politics is about decentralizing both politics and healthcare – not top-heavy but bottoms-up systems in place to liberate the world. It’s a pity he was hounded out of India when he returned from the USA some years ago to take over the CSIR. Dr Ayyadurai comes with a fascinating from India to USA background, he is a Bombay-born boy. And a man to watch as he passionately and eloquently seeks a role in American politics today – yes, by taking on the hallowed Bobby Kennedy family with nephew Joe Kennedy also competing for the Massachusettes Senate seat!