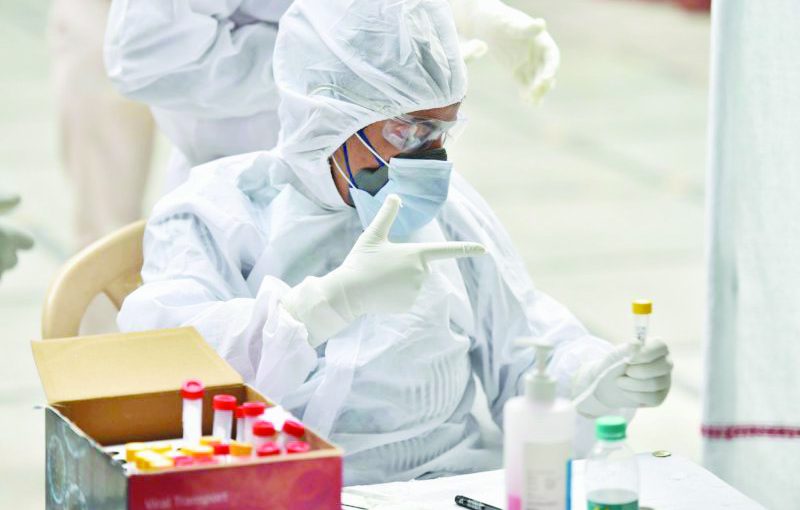 WILLING: The success of the therapy depends on the willingness of recovered patients to donate their plasma which is rich in antibodies

Plasma therapy involves transfer of the plasma from a recovered Covid-19 patient to a patient who requires urgent help. It has proved very successful in keeping the mortality rate under check in Delhi which is among the worst affected….

With five critical COVID-19 patients in the national capital having recovered from the virus through convalescent plasma therapy, the Delhi government on Friday said it was working towards expanding the facility in all its hospitals. Of these patients, four were treated at the government-run LNJP Hospital while one got cured at Max Hospital in Saket.
Delhi health minister Satyendra Jain, while talking about the line of treatment, said plasma therapy was given to four patients at LNJP Hospital. He said there was a marked improvement in their condition and that has “given a glimmer of hope”.
The therapy, Jain said, is usually given to critical patients and the two conditions which are necessary to follow are respiratory rate and the oxygen saturation level.
A normal person, he said, breathes between 12 and 15 times a minute and when this rate crosses 30 it becomes a critical case. Similarly, he said, the oxygen saturation level should ideally remain between 95 per cent and 100 per cent and if it drops below 90 per cent then the person is treated as a critical case.
He said the first patient who was administered this therapy at LNJP Hospital had a respiratory rate of 30 while his oxygen level was less than 85%. After plasma therapy, the patient’s respiratory rate improved to 20 while the oxygen saturation level increased to 98%. “That patient is now well and able to walk and would soon be shifted to the ward from the ICU,” Jain said.
In the second patient who was given the therapy, he said the respiratory rate improved from 31 to 22, while the oxygen saturation level improved from 86% to 96%. “This patient too would be shifted to the ward soon,” he said.
In the case of the other two patients too, the minister said the respiratory rate improved from around 30 to 23-24 level while their oxygen concentration level improved from around 85-87% to 95%.
Jain said the Delhi government has got the permission to conduct trials at LNJP Hospital and all the critical patients admitted there would undergo this treatment. After conducting these trials on 10 patients, the approach would be expanded to cover other hospitals. He hoped that soon the government would receive permission to conduct these tests on patients in all the other hospitals as well.
With another patient having already been cured of COVID-19 through similar treatment at Max Hospital in Saket, Jain said the therapy has provided a way out of the crisis. He acknowledged that this therapy was not a proven treatment but said in the absence of any vaccine or treatment, it was at least helping in saving lives.
The minister said all the 800-odd patients who have been treated thus far are the potential donors for the therapy. He denied that such blood donation would cause any weakness in the donors, saying they only donate the plasma and the rest of the blood is put back into their body. Incidentally, one person can donate two doses of blood component. The antibodies present in the plasma help fight bacteria and virus and that is why they are deemed useful in COVID-19 treatment.
Jain said it was essential to follow the lockdown guidelines steadfastly. He said while the number of cases has gone up to 2,376 in Delhi and 50 people have lost their lives, the growth rate of COVID-19 cases has come down from around 20% to 5% in Delhi and this is a positive sign.
Earlier in the day, chief minister Arvind Kejriwal also spoke about how following the success of the plasma therapy on four patients at the government hospital, efforts are being made to expand the treatment. “In the last few days, we have tried plasma therapy on four patients at Lok Nayak Jai Prakash Narayan Hospital. Till now the results are encouraging,” he said, while adding that “these are only early results; we must not think we have found a cure for coronavirus. This has just given us a ray of hope.”
Excited with the development, director of Delhi government-run Institute of Liver and Biliary Sciences, S.K. Sarin, spoke about how more patients at LNJP Hospital would be provided similar treatment. “We are happy with the positive results in the four patients. Blood and plasma is ready for two-three other patients at LNJP hospital.”
Courtesy: www.wire.com