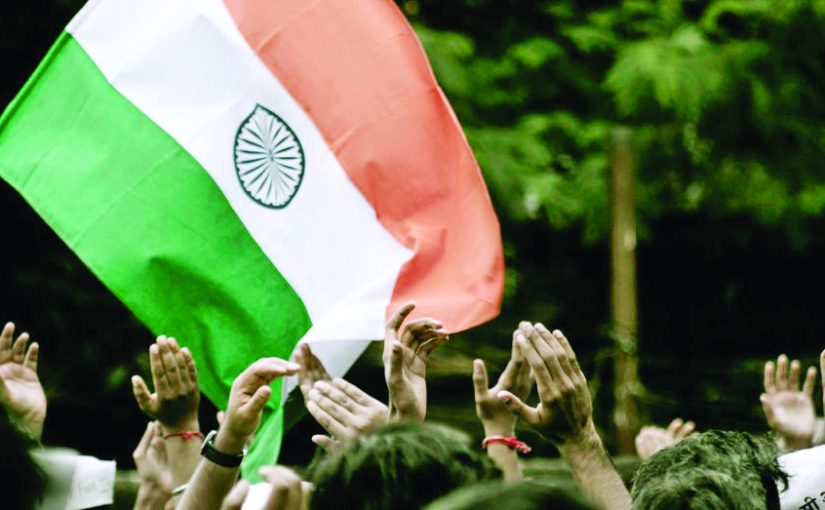 ONE of the most memorable days in Indian history is August 15. It’s the day on which the Indian sub-continent got independence after a long struggle. India only has two national festivals that are celebrated by the whole nation as one. One being Independence Day (August 15) and the other being Republic Day (January 26). After independence India became the largest democracy in the world.
We fought very hard to get our independence from the British. What does Independence Day mean to me? I want to say write about what Independence ought not to be. During my childhood in the 50s it was the moment to enjoy the spirit of freedom and independence. Another reason was to remember the sacrifices and lives we have lost in this struggle. Besides, we celebrated it to remind us of the freedom we earned the hard way. Apart from that, the celebration woke up the patriot inside us.
Seventy-three years have passed by since we got independence on August 15, 1947, but have we really achieved freedom in the right way? Being independent doesn’t mean getting rid of British rule and coming under democratic rule but it means we should have right to freedom, education and culture, right not to be exploited and right to equality.
In Shrimad Bhagavat Gita in Chapter 4, Krishna said that “Whenever there is decay of righteousness, whenever there is exaltation of adharma, for protection of dharma and destruction of evil, for sake of establishing righteousness, I am born from age to age.” Independence Day follows Shree Krishna’s birthday. I wish God give us all strength to stand as a nation to be able to be the change we wish to see in society.
We are celebrating that British leaving India and leaving it in our hands. Wait, the only thing that has changed here is that power came into the hands of a few of us, that’s all. At that time British were ruling like dictators and now politicians are ruling us. Power never came in the hands of we, the public. You might be thinking that we are the ones who’re selecting politicians, yes, you are right, but have you ever thought of choosing the prime minister directly? No, we never do that. It’s done only by a few.
The decisions to do with development also are taken by them rather than by taking public opinion. We have to come on to the streets to protest like people were doing during British times!
Many laws are formed but few implemented seriously. Many of them are helpful to a privileged few. A normal person should get clearance from police before doing a government job. But a politician staying in jail can stand in elections. How is this justice?
Having double identity for a normal person is crime but it is okay for a politician to stand from two different seats! You do a small crime, you go to jail and get severely punished, but even after 1,000 crore worth of scams, these criminals will go to jail, if at all they go, full of luxuries.
Leaving this aside we have big issues like caste politics, reservations, illiteracy and issues of gender safety. And so on it goes. We haven’t won the battle yet and still in the middle of it. So what are we celebrating?
India is unique because of its amazing diversity. The idea of India is – unity in diversity. Once people start to push beliefs such as dictating dietary habits, religious beliefs, clothing, language and pseudo nationalism, this diversity will be broken and with it will be broken India’s unity. Forcing South Indians to learn Hindi, asking Bengalis and Malayalis to stop eating the food of their choice, or asking North East Indians to look more “Indian” is going to be nightmarish for India’s unity.
I will consider India truly independent when: