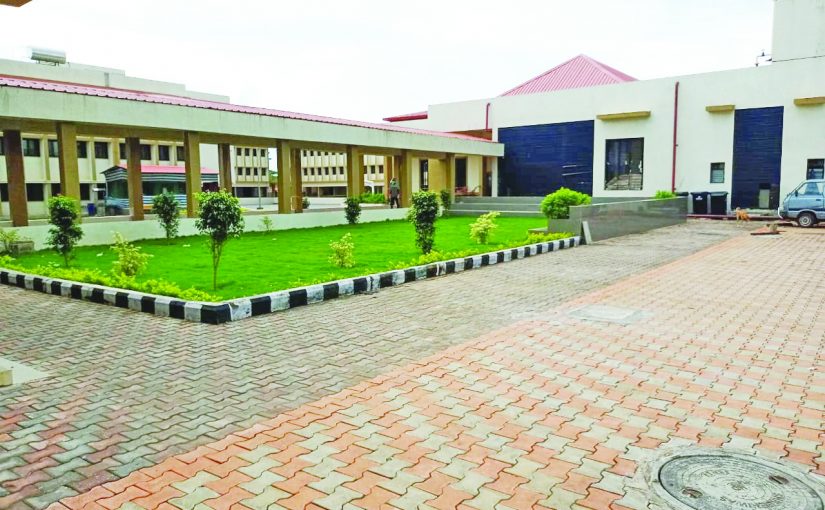 The IIT boys hostel at Ponda doubles as an impressive Covid-19 center; it can accommodate 500 coronavirus patients but the servicing is poor and queues can be tiresome; that’s an angry Deepa tai (Mayenkar, of Dempobhat), Manisha’s mother; elsewhere Manisha and her hubby Sanjay Naik. All was not well but it ended well and Manisha is back on her feet wondering if the covid scare is more unreal than real? She is still not sure if she is negative, asymptomatic or positive!

THE story of Covid-19 patients positive, asymptomatic, negative or mild, moderate and severe is getting curiouser and curiouser. Listen to this account by my friend and one-time neighbor Manisha Naik (nee Mayenkar). In her mid-30s Manisha has just returned after spending 10 days at a Covid Centre at Ponda to visit her mother Deepatai (Mayenkar) at Dempobhat, Tonca, Panaji.
It was a compulsory stay at the ear-marked Covid-19 IIT hostel at Ponda. How was it? I asked her, are you okay now, did they give you a discharge certificate? “Yes,” Manisha smiled ruefully as she traced her stint with the coronavirus scare. “I was at the IIT Hostel where about 500 patients were in quarantine, in the big rooms men were on one side, women on the other side. But some of us were in double rooms…I was put in a double room with another woman patient.”
I tell her we were all worried at Dempobhat from where she hails, when on July 21 we heard that she had tested Covid-19 positive and an ambulance had come late in the evening to take her to the Covid-19 Centre in Ponda. The word spread and the very next day the area was put into place as a micro containment zone for her mother Deepatai’s family of 17 members along with Nepali migrants staying here in the background along with neighbors.