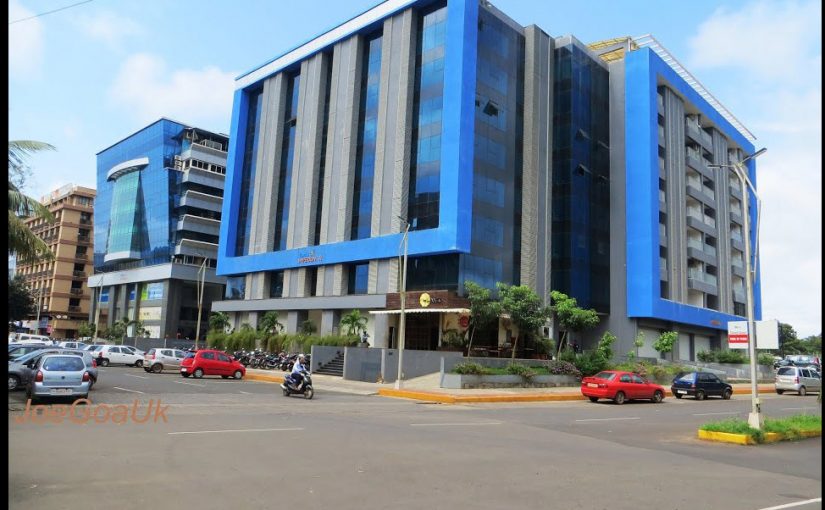 DIGITAL: Despite having their own high rise building besides officers in other parts of Panjim for the enforcement officers, the Income-Tax department is promoting National E-Assessment. As in other areas like banking where digitalization has created more problems than solutions, similarly with E-Assessment also the outcome depends on the dependability of the digital network

The New Year has brought a host of new regulatory and procedural changes in the Income tax Code. Income tax assessments have been the dread of taxpayers the world over, not only in India. For an audit, as it is called in several other countries or an assessment as termed in India, is not something that a person relishes, given the fact that one’s income and assets are information of a private nature and any intrusion into one’s personal domain is not welcome even if it is the income tax department.
When income tax was in its infancy during the beginning of the last century, there were a few tax payers, and each return of income for the year was subject to a detailed verification in order to ensure that taxes were collected on the income of the person or entity. In those early days, there was little by way of collection of information and all that the income tax officer had before him was the information provided in the self- declaration made called the return of income that was filed. With very few taxpayers, but a growing economy coupled with shortages during the world wars, several enterprising firms as also individuals amassed disproportionate profits, that were not reflected in their statement of income declared to the tax authorities. This gave rise to the growth of a parallel economy with a percentage of black money being a dominant component is several financial transactions. The realization of this shadow economy and the need to rein it in, saw the rise of increased taxation, harsh penalties and new legislation that permitted the intrusion of the state by way of a survey, search, seizure and even prosecution of tax offenders. Tax however is a function the growth of the economy.
Over the decades, the income tax department has been attempting to use better and more modern tools to assess the income of the growing number of taxpayers. At the same time, government was aware that the system of assessment where both the taxpayer or his auditor and the officer meet to settle one’s tax returns provides an unholy nexus giving rise to presumptions of corruption in the settlement of tax issues.

Under this scheme, a National E-Assessment center has been set up which is vested with the jurisdiction to make assessment in accordance with the scheme. Similarly, there are regional centers in all the major cities. The Regional Units will be headed by a Principal Commissioner. Under the latter there would be several units; an assessment unit for identifying the points or issues regarding the income declared, the verification unit that will examine the books of accounts, witnesses, recording of statements, a technical unit that would give advice and assistance on legal, accounting, transfer pricing or other such technical issues and finally a review unit to ensure that the assessment is framed in a judicious manner.
In theory, the work of the various units has been defined. In practice, the making of assessments have always been personalized, depending upon the skills of the individual officers. How would these various units interact with each other? Would they be streamlined to ensure that they work in a coordinated manner. There is still no clarity on how these various units would work in practice. But given the personalized culture of the department, it is difficult to visualize that these units would work in tandem.
How will the faceless assessment scheme work in practice? The national e-assessment center will issue notices informing the person to be assessment. In order to ensure that officers do not continue with the current process of doing physical assessment, any such order passed physically after the 13th August 2020 is considered invalid. However, cases of those who have been searched as also international taxation cases will continue to be assessed as was done earlier, namely having a notice issued by a particular officer and having to appear before the Assessing officer and having the assessment done by the concerned officer.

A similar process has also been constituted to hear the appeals. Earlier, if a person was not happy with the assessment made, an appeal had to be filed to the Commissioner Appeals, who would fix a date for hearing. On the appointed date, the person or his advocate attended before the Commissioner Appeal who then heard the grievance passed orders, either granting relief or upholding the order of the Assessing officer.
Under the new system all appeals will be filed to the National Faceless Appeal Centre (NFAC). This body will either admit the appeal or reject the appeal. The NFAC after initiating the formal process, will send the appeal to the Regional Faceless Appeal Centre (RFAC) to examine the appeal. While the process of appeal is mainly through video conferencing there is also a procedure where the appellant requests for a personal hearing and this can be granted with the approval of the Chief Commissioner. On conclusion of the procedure the appeal order is framed and sent through the NFAC.
In theory, this faceless assessment and appellate procedure has been brought about by government to curb the perceived linkage between the officers of the department and the Chartered Accountants and the presumption that the physical meeting between the officers and the chartered accountants leads to corrupt practices. Unfortunately, corruption although not talked about it a part of our cultural ethos, and to assume that taxation departments are above this is unrealistic. At the same time, assessment and appellate procedures depend upon advocacy the ability to make the Revenue appreciate various interpretations of law. This is only possible where both the client and officer face each other. The presumption of corruption could always be curbed by placing all office rooms under camera surveillance, where the head of the office could monitor not only what is taking place, but how much of work is being done on a real time basis.
Would these faceless assessments and appeals bring about a change in the working of the department and would it enhance revenue collection. For one, it will bring about an increase in the demand of tax. For officers where they are unsure of the eligibility of a particular claim tend to err on the side of revenue. This means that credits that may be exempt would be added as income, while doubtful expenditure would be disallowed. It would result in the creation of additional work without there being substantial tax collection. The system of faceless assessment and appeals has just begun. Would it be successful or would it be abandoned after a few years. Only time will tell. For now, it continues to be an unknown factor that is causing concern to the tax paying community!