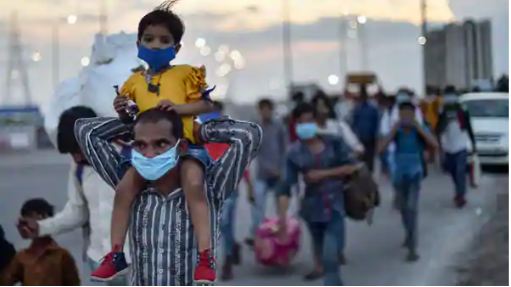 UNEMPLOYED: Lakhs of migrants employed as contract workers in the big metropolitan cities of Mumbai and Chennai literally took to walking back to their home state and towns and villages in the absence of public transport. The urban workers not only lost their jobs but were also made to pay landlords and landladies who evicted them – because their humble tenants were not able to pay up the rent.

The last financial year has been disastrous for the Indian economy. Covid-19 and the consequent lockdowns that commenced in March 2020 have not only affected production and productivity but also led to a huge number of job losses. The only industries which are thriving are hose connected with digital technology!