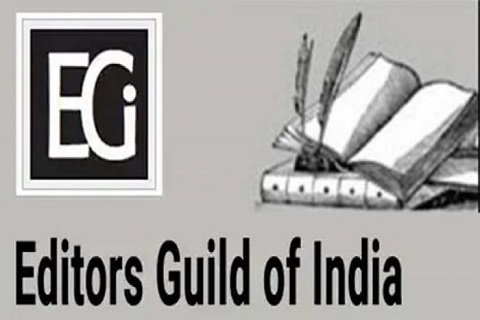 The Editors Guild of India who has expressed great concern over enforcement department raids on the office of the independent news website ‘News Click., the residences of its editor in chief and promoters, the editor and its senior management staff.

‘The website is being punished as it has been reporting regularly on the farmers agitation and the proposed amendment to the constitution. The website has been critical of various government policies and the support of the government to powerful corporate houses.

The press club of India based in Delhi has condemned the charges of alleged money laundering against a small, public spirited news company. ” This is no way to defend democratic values and institutions”.

The only silver lining is that the courts have dismissed the defamation cases filed against the highly respected Economics and Political Weekly and the online website Wire. The EPW has been highly respected academic journal which was read by both economist and corporate chiefs. Indeed the EPW shed down when a multi million defamation suits were filed against it by the Adanis. The trustees who ran the publication were in no position to either hire top lawyers to defended or pay the damages if the publication lost the case.

The government admitted in the Rajya Sabha on Wednesday that while as many as 96 people were arrested under the sedition law in the two were convicted while 29 were acquitted the same year.

The National Crime Record Bureau reports also reveals that 5922 people were arrested under the unlawful activities prevention act (UAPA) between 2016 and 2019 when the Modi government has been in power. But the number of people convicted in the four year period was just 132.

It is also been arrested under the anti terror act in 2019. Meanwhile the Madhay Pradesh highcourt has sort an explanation from the directive general (prisons) seeking an explanation on why the activist who exposed the Vyapam recruitment scam in Madhya Pradesh was kept under retention for 18 hours despite being given bail by the court.

Ashish Chaturvedi who expose the Vyapam scam has commented “I was fighting for a cause and the arrest has led to a blot on my image. I wont get a government job. Let the govrnment declare if I am an revolutionary of criminal.”

Chaturwedi was sent to jail on August 9 2018 by a special court in Gwalior after he refuse to respond to summons to record his statement in connection with complain he had filed against the king pins of the Vyapam scam. Even after the court ordered a release of Chaturvedi he was kept in custody in Gwalior central jail from the evening of August 9 2018 till 8 am on August 10 2018. This illegal custody is highly objectionable and action must be taken against the officers responsible. must be case x fg