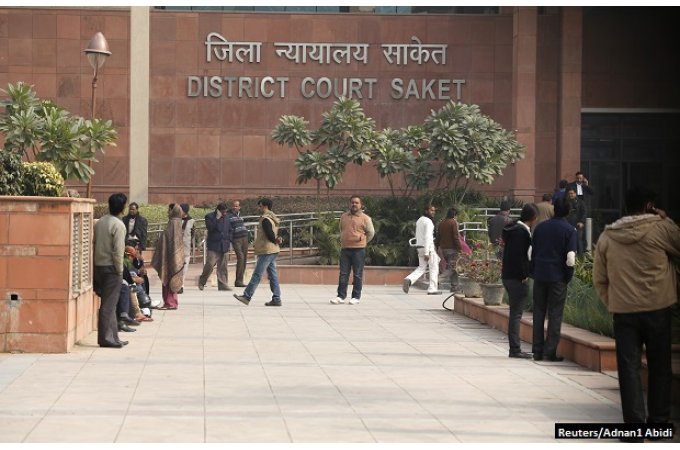 DIRECTION: The Additional Sedition Charge of the Delhi HC Dharmendra Ram has ruled that the law of sedition cannot be applied in the absence of exhortation calls, incitement or instigation to violence.

AND a few stray thoughts for yet another Saturday. For a Saturday following the week when the ease of getting into trouble becomes much higher. For a Saturday following the week when the Delhi police and the Central government have been misusing the Criminal Procedure Code provision relating to sedition. For a Saturday following the week when a lot of golmaal was alleged in the reservation of wards for the fast approaching civic elections. For a Saturday following the week when Babush Monserrate is alleged to have convinced Amit Shah that he should be included in the Cabinet in a senior position. For a Saturday following the week when I agree with Prime Minister Narendra Modi that not everything should be left to the babu log.
AND a few stray thoughts on how easy it has become to get into trouble. Particularly with the ease of posting on Facebook and Twitter and Instagram. Forget about posting on the social networks, my colleague was showing me a video allegedly made by her six-year-old daughter! In the good old days when you were angry about something either at school or some government policy the only way you could express your anger was by talking about it with someone. Alternately if you were an activist type or “andolan jeevi” you wrote a letter to the editor of the local newspaper. But now there is no time to think! There is so much excess social media to vent off grievances. When you are angry about something you need not pause to think it over. There’s no need for cooling time. You can instantly go live you’re your opinion on Facebook, Twitter or even WhatsApp. With Facebook acquiring Twitter even the illusion of privacy you enjoy if you were part of a WhatsApp group has disappeared.
In the 70s many young people in Mumbai and Kolkata in particular were influenced by what was happening internationally. There was a lot of opposition to the war launched by the United States against the small communist country Vietnam. The US was even accused of using chemical weapons against a poor third world country. There were protests not just in the United States but even in universities in Europe. This is of particular interest to Goa because the first hippees were refugees from the US who were opposed to the Vietnam war. In those days it was compulsory to serve a period of two years in the army for all US citizens. This provision which was called the draft was not acceptable to some and they left the US in search of another alternate paradise.
Some of them found their paradise in Goa where they could walk around nude on the beaches and smoke hashish. Now of course when any young person feels angry for instance over the huge increase in petrol price, they promptly post it on the social networks. Young people even in their teens leave alone in their early 20s are much more aware of the effects of climate change. And thanks to the internet and the social media they can connect with young people in any part of the world.
It is obvious that Disha Ravi, Nikita Jacob and engineer Shantanu Muluk did not think of the consequences when they put up their post or put parts of the toolkit material alive. Or established links with some organisation abroad which is allegedly part of some leftover Khalistan group harbouring grievances. It is necessary to explain that Khalistan is a movement by groups of extreme Sikhs demanding a separate state for the Sikh community.
The demand picked up momentum after the late Indira Gandhi ordered the army to clear the Golden Temple in Amritsar which allegedly taken over by Khalistan “terrorists.” But even if the striking farmers had innocently or consciously established a connection with a Khalistan group, it does not necessary mean that they are planning to overthrow the Narendra Modi government!
Fortunately, the courts have rightly pointed out that the sedition law cannot be invoked to stifle protests against government laws passed without due involvement of the people concerned. The Delhi HC observed while permitting bail to young man Devilal Burdak and Swaroop Ram who was booked on the same FIR on charges of sedition. They allegedly shared fake videos on the social media about the farmers protest.
Additional Sessions Judge of Delhi Dharmendra Rana observed, “In the absence of any exhortations, call to incitement or instigation to create disorder or disturb public peace by resorting to violence, section 124 A (sedition section of the Indian Penal Code cannot be validly invoked). It has also been reported that Shantanu Muluk and Nikita Jacob have got their anticipatory bail orders from the Bombay HC and Delhi Court has directed the police to give climate activist Disha Ravi a copy of the FIR and other documents related to her arrest.

AND a few stray thoughts on the misuse of the law of sedition. If you are an ordinary person with no contacts like Disha Ravi you may be liable to be arrested under the sedition provision even without adequate evidence! Several young persons accused of sedition have been acquitted by the courts. When presidents of countries like former US President Donald Trump, tried to prevent the new elected President Joe Bidden from taking office, it is not considered sedition. The speaker of the US Senate has admitted that Donald Trump who had lost the elections instigated his supporters to attack the Capitol (US Parliament) while it was in session. Senators and members of the House of Representatives were threatened by the armed mob which overcame the security personnel guarding the Capitol.
In the US there is a one month gap between the declaration of the results of the presidential election and the new president taking over. It was during this gap that in a desperate attempt to stay in office, Donald Trump try to get his supporters to sabotage the declaration of President Joe Bidden as the new president! However, in the second impeachment, President Trump was acquitted because the prosecution could not get a 2/3rd majority. Similarly the coup in Myanmar by the army against the elected government headed by Aung San Sui Kyi, is clearly an act of sedition. Even the terrorist attack on India’s Parliament was an act of sedition. But these acts cannot be placed on par by postings on the social network or sharing of videos or being in touch with an international climate change group.
The charge of act of sedition can only be brought against individuals group which are trying to over throw an elected government through violence. Sedition is the very serious charge which can even carry the death penalty and should not be lightly applied without due evidence.

AND a few stray thoughts on the reservations made for the imminent civic elections. All the municipalities in the State including the Corporation of the City of Panaji are expected to go to polls in March. Following amendments to the Constitution reservations for various categories of voters is required to be made among seats in each civic body. Historically, even for elections to the Parliament and the Legislative Assembly, there have been reservations for scheduled castes and tribes.
In the case of Goa there are no local schedule castes and in fact in one ward which has been reserved for schedule castes, there is only one schedule caste voter. In the coming elections seats have been reserved for schedule tribes, backward classes and women. The percentage of schedule tribes recognized in Goa consisting of Gaudi, Kunbi and Velip is estimated at 12%. So much so 12% of the wards are reserved for them.
In addition the state has extended reservations to other backward classes. Accordingly some seats have been reserved for them. While reservation for women is legitimate as they constitute 50% or more of the population, in most cases the parties or panels put up their wives or daughters-in-law or family women folk. The process of deciding the reserve wards is normally done by the State Election Commission.
However, this time it has been done by the Directorate of Municipal Administration. The reservations ought to be done depending on the percentage of voters in each category. But apparently there is a lot of rigging in deciding which wards will be reserved. Indeed, in several wards across municipalities, cases have been filed in court questioning the reservation.

AND a few stray thoughts on reports that Babush Monserrate will be inducted into the Cabinet in place of his wife Jennifer Monserrate. Babush, who helped induce ten Congress MLAs to defect to the BJP when Goa Forward and MGP withdrew support, claimed his pound of flash. Babush was very disturbed when suddenly Jennifer was demoted from forth rank in the Cabinet to second last rank.
The forthcoming elections to the Corporation of the City of Panaji has provided Babush the right opportunity to put pressure on Chief Minister Pramod Sawant. Historically, there has been a battle royale between the Babush Panel and the BJP panel. Now that Babush is part of the BJP he cannot float his own panel. Though Pramod Sawant may not want to take Babush into the Cabinet, he has no choice. Babush obviously has convinced Amit Shah that the BJP government in Goa cannot survive without him. Babush is expected to replace Jennifer in the Cabinet before elections to the Corporation of the City of Panaji.
Moreover Pramod Sawant will have to offer him either Town & Country Planning or the Public Works Department as he will not be satisfied with the Revenue & IT portfolio presently held by Jennifer.

AND a last stray thought on why I agree with Prime Minister Narendra Modi that babu log cannot do everything. It is now believed that IAS officers can do any job in the government. There have been instances where not just IAS officers but Goa civil service officers have held posts as varied as managing director of Goa State Industrial Development Corporation, Goa Tourism Development Corporation, the Entertainment Society of Goa. Similarly at the centre there are IAS officers running not only railways and nationalised banks but even the army.
On the principal that control of the army should be under civilian control, it is an IAS officer as defence secretary who decides on promotions in the armed forces. The system is not efficient and effective. The government both at the State and Centre should hire domain specialists for specialised jobs instead of believing IAS officers can do every job in the country.