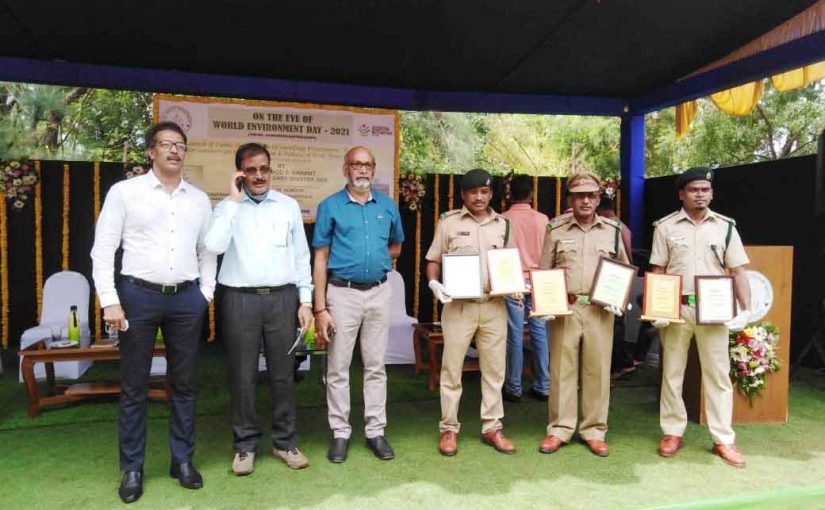 IT is utterly shocking for thousands of Goa electricity customers to receive such huge electricity bills for the month of May 2021 without any previous notification from the government or the Electricity Department that such huge increases are here.
With Covid-19 anxieties almost all Goans are financially affected due to loss of jobs and increasing inflation, overseas Goans are left stranded in Goa due to the pandemic and have no regular income from their businesses. Is such an increase in electricity bills justified in such times?
If one compares current and previous billing one can observe that the overcharging of electricity units after an increase in units has changed. Now we have to pay more after an increase in a few units and which further increases after an increase in further few units.
Is this overcharging on units to compensate for the losses that the department experienced due to the recent cyclone, but even so people should have been consulted in a democratic manner. This is not the right time to trouble people by extortionate increases and overcharging, least of all on electricity billing.
Instead of helping its people and be sympathetic the people are left to survive however they can without basic necessities. We hope the government recalls this increase in electricity charges and offers rebates to those who have already paid such high bills for fear of losing their connections.
— Jo Dias Cavorim, Chandor

PANDEMIC A JOKE?
JUNE 1 and the government wants 100% attendance in offices! Deaths: 24, positivity 20%, both reducing slowly because of less crowding and now all opening of offices? Because June 1 is an auspicious day, and not June 7?
Media people caught the crowded chaos at KTC resulting from this sudden decision. All sacrifices now to go down the drain? Surely, decisions can be taken logically and scientifically?
The Task Force must own responsibility that transmission of the Delta virus and its control is solely theirs. That it is airborne and that the decision for the implementation of proper ventilation in public and government offices is theirs. The number of air changes required has already been fixed by the CSIR: they need to ensure the government acts. Has this been ensured before starting 100% attendance?
The decision when to open-up and in what phased manner is also theirs: they must not compromise. The GMC Dean has estimated 1 ½ months for the third wave. But the decisions taken seem to be made to pre-pone the third wave! Goans are left to fight not only the delta virus but the administration as well?
Where is the committee that was entrusted to do an oxygen audit? They were given three days. And the High Court? And those self-acclaimed capable political parties?

HOLLOW POLITICAL PROMISES
WE are now told that the Health Centre at the Old Ribandar Hospital which was promised to be ready before the monsoons will be inaugurated August 15 and we assumed that it would be the August 15 of 2021. We waited but are still waiting for this promise to be fulfilled this year. It’s been a longstanding demand and we have been waiting for two months for the promise to fructify.
On October 8 last year local MLA Babush Monserrate promised us that our Ribandar Health Cente would start as a 30-bedded centre with a 24X7 casualty-cum-trauma unit, equipped with all the required facilities; the centre would expand in stages to full-fledged hospital for people in the vicinity of Ribandar. “I will make sure it happens by hook or crook,” Babush Monserrate assured us. The buck stops at the MLA’s door.
The much needed health centre would benefit not only a densely populated Ribandar but also neighbouring Chimbel, Merces, Old Goa and residents in the Island of Divar. But we are still awaiting the promised Community Health Center and will not be fooled with just a cosmetic OPD.
In the March CCP polls this year Babush Monserrate may have drained over a crore of rupees to buy votes in the three Ribandar wards, but he can’t get way without fulfilling all those promises made which includes this health centre which is a top priority, after which he would have to make good on assured football ground, market and crematorium, for all of which we hold him accountable, as election promises like China made-goods cannot be without a guarantee or warranty.
— Aires Rodrigues, Ribandar

GARBAGE DUMP SALIGAO!
THE Garbage Treatment Plant (GTP) was set up atop the Saligao-Calangute plateau with much fanfare spending a whopping Rs140 crore. It was installed without consulting the people of Saligao and with much bullying, with the promise that residents would now get a permanent solution to the long disputed garbage problem. The fancy garbage treatment plant was put up despite of strong opposition/protests from many locals and NGO’s from the said village.
A few prominent individuals from Saligao/Calangute were even sent on a sponsored so-called “study tour” to Germany to somehow convince/make them support the government’s plan of setting up the plant at a disputed controversial site, and which they ultimately did after coming back from their government sponsored holiday tour.
The plant was inaugurated on May 30, 2016 with a lot of hype courtesy the late chief minister, Manohar Parrikar, with the promise that the plant would be treating garbage only from Saligao and the surrounding coastal areas — as the plant had the capacity of handling only 100 tonnes of garbage per day.
Unfortunately, the people of Saligao were backstabbed by the very same government as the promise was never kept and truck loads of garbage from across North Goa slowly made their way to the new so called treatment plant, leaving a trail of garbage/ leachate all along the route of already overburdened narrow roads of our village, not to mention the emanating foul smell of rotting waste everywhere.
Today the plant is a big nightmare for the villagers of Saligao. The air is filled with stink and groundwater along with wells of the village polluted, including famous Salmona spring (though government officials still deny this).
Now work is on full swing to further expand the capacity of the plant (from the current 120 to 250 tonnes) despite the protests going on for the last so many months. Minister of Waste Management Michael Lobo claims that the reason why he is supporting the on going work of the expansion of the Saligao waste-management plant because he wants to solve the garbage problem of Goa.
He is free to do so but why is he adding more salt on the already inflicted wounds on the people of Saligao, by supporting a miserably failed garbage plant? Weren’t the panchayats from whole of North Goa and other parts of Goa handling their own garbage when there was no garbage treatment plant at the Saligao-Calangute plateau at all in the past?
My most beloved Saligao is bleeding at the hands of the self-centred and greedy politicians of Goa.
—Jerry Fernandes, Saligao