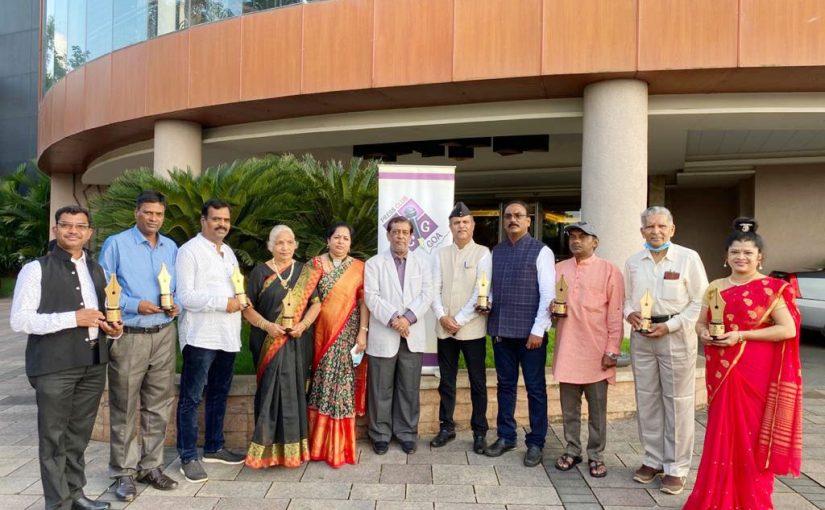 THE Public Relations Council of India has an interesting history and it brings out several glossy publications and books for the cause of public relations and allied areas in communication. Its Chairperson Emeritus and Chief Mentor MB Jayaram is a remarkable man, with a vision for the PRCI which is all-encompassing.
In the latest issue of Chanakya (September 2021, Chanakya is one of its publications) he expands on his vision for the organisation: “One of my major visions for PRCI is to make it a complete one-shop professional solution for exchanging ideas, experiences and communication information, be it promoting PR education, training, PR for social causes, community development, international understanding and cooperation. PRCI will take care of social justice and enrich professional development and networking opportunities for higher standards of PR communication practice….”
Jayaram latest challenge is for the PRCI to have its very own Communication University, where students may learn short-term and long-term courses in PR & Communications and allied subjects international and national exchange programs on PR, journalism studies, research works, etc.
The PRCI has its niche board of 11 founders and has grown from strength to strength over the years. Interestingly, the PR body was actually launched by the late much respected editor, the late Vinod Mehta (at various times editor of Debonair, The Observer, Pioneer, Outlook) on April 3, 2004. Early council members list such names as SD Reubens, Neelamagham from Hyderabad, RT Kumjar, KK Mathew, Srinivas Murthy, Jayanth, Sudharshan from Bangalore, Jaikumar from Chennai, Bala Subramanian from Mumbai and Swaminathan from Coimbatore, they were the directors of the governing council of PRCI and some names have of course given way to newer ones over time. The organisation now boasts of 50 pan-India chapters as also a few abroad in neighbouring countries.
Needless to say the communications world is changing dramatically with communications technology taking giant leaps into the future and challenging everyone young and not so young. Let us say the PRCI is determined to keep up with the challenges and changes as they unroll — the 15th Global Communication Conclave in Goa was a testimony to this. The theme for the conclave was “Communication in the New Decade: Mapping the Mega Trends;” the occasion also saw the distribution of Chanakya, Hall of Fame and PRCI Excellence Awards like so much colourful confetti or so to speak.
Since PRCI was celebrating its 15th anniversary in Goa it also conferred some of its Chanakya awards to grameen or rural media persons in Goa under the banner of the recently formed Press Club Goa with represents much of the Marathi media, the names were selected by retired serviceman, ex-Navy, Anant Joshi, who plays a moving role in growing the Press Club Goa based in Panaji.
His selection comprised of media people, namely Chandrashekhar Desai, Anil Chodankar, Shridhar Shet Verekar, Sangam Bhosale, Uday Sawant, Manoj Kumar Ghadi, Sanjay Komarpant, Anuradha Moghe, Milan Vaingankar. Also on the list was Tara Narayan, who writes for the English weekly online Goanobserver.in (a small media company which tries to adhere to the primary principal of never going to bed with the government of the day and consequently continues to make life uphill for itself).
Adds Tara Narayan who covered the PRCI conclave, “To be honest hardware awards are of little use to me! As a media person seeing some tough times in her senior years, I would have better appreciated a cash award of even a Rs5,000 to cover at least my conveyance costs of attending the conclave taking place in a distant hotel located half-way on route to Ponda in Goa!”
Again, for most media people trophies just gather dust on home on vanity shelves. One veteran journalist confided, “I grew up in the school of hard knocks when my father walked out of a bad marriage, my brother walked out, my sister died in my hands…and I wanted to kill my mother for harassing her not to get married to a poor boy! My impoverished slum upbringing saw me struggling for a meal and my parents at loggerheads at the nearby police station every month. But I did well academically and won several awards and trophies of excellence …and then one day my hard-headed mother said, they were just rotting and collecting dust, she dumped them all in the bin!” So much for awards. Not all of them end up forever in cabinets in fine homes for posterity to appreciate. I hope this little bit of insight will help in planning future PR-cum-media events!