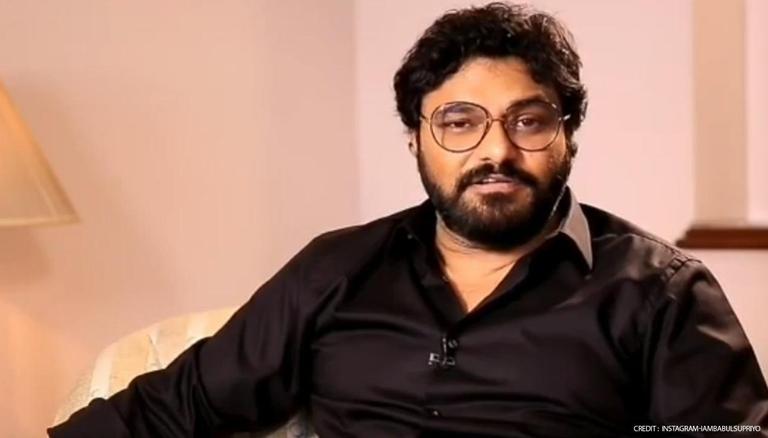 By Press Trust of India

Former Union Minister and BJP MP Babul Supriyo has returned to the TMC. Supriyo is among the several MPs and MLAs who had been induced to join the BJP before the state elections. Most of the defectors have now returned to the Trinamool Congress. The latest is Supriyo who joined after Mamata’s stunning victory in the bye-election

Former Union Minister and BJP MP Babul Supriyo, who switched over to the Trinamool Congress in a surprise move, on Sunday said life has now opened a new avenue for him from the prospect of being ‘retired hurt’ from public affairs not so long ago.
Mr. Supriyo also said he has nothing to prove to anybody, and he has been involved in politics from the grassroots level since becoming an MP in 2014 on a BJP ticket from Asansol.
“Life has opened a new avenue for me from the prospect of being retired hurt from public life…I received a lot of support from a party (TMC) with which I had a very tumultuous relationship,” Mr. Supriyo said at a press conference at the TMC headquarters here.
“Being retired hurt was the feeling when I had wished to leave politics. But, I changed my decision in the last four days…I thank Mamata didi (CM Mamata Banerjee) and Abhishek (Banerjee) for giving me a big opportunity. It was completely unexpected,” he said.
Resignation next week
Mr. Supriyo will meet Ms. Banerjee on Monday, senior party leader and MP Saugata Roy said. He will leave for Delhi early next week to tender his resignation to the Lok Sabha Speaker as an MP from Asansol, he said. On his prospects in the TMC, Mr. Supriyo said Ms. Banerjee will take a call about this. Asked if Ms. Banerjee could become the consensus Opposition candidate for the Prime Minister’s post in 2024, he said, “Won’t you agree she is the most popular personality in the country?”
Commenting on the 2015 controversy that erupted after he shared jhalmuri with Ms. Banerjee on his way to Raj Bhavan in a car after a programme, Mr. Supriyo said he had discussed with the Chief Mminister some important projects in his constituency. “As I was waiting for my car after a programme of the Prime Minister, Didi saw me and offered a lift. I agreed as I had to talk about key projects in my constituency. And, when she offered me jhalmuri, I accepted it. Where is the harm in it,” he asked.
Admitting his displeasure at being dropped from the Union government during the reshuffle in July, he said, “I always prefer to be in the playing XI.”
Mr. Supriyo also sought to downplay the criticism by Leader of the Opposition Suvendu Adhikari and other BJP leaders for his decision to cross over to the TMC, saying they have the right to make remarks. “I had respected his (Adhikari) decision when he had left the TMC to join BJP. Similarly, if I leave BJP, he should respect my decision.”
He, however, sounded critical of the BJP State president, Dilip Ghosh, saying he would buy him a copy of ‘Barna Porichoy’ to learn the basics of the Bengali language.