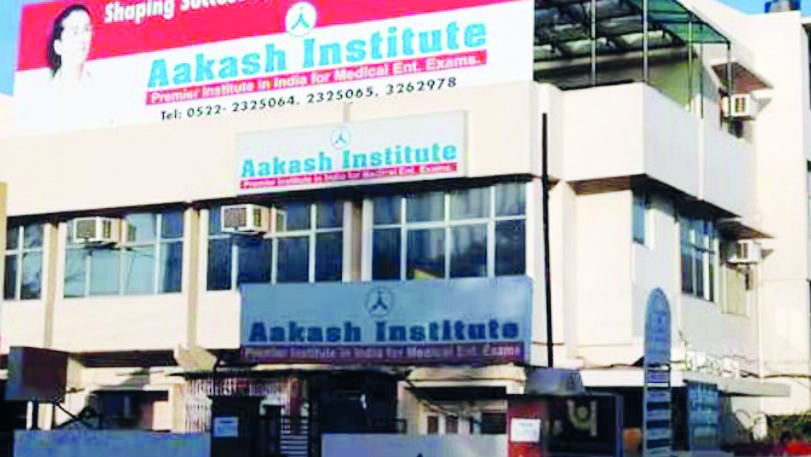 CUET: The decision of the Centre to hold the Central University Exam Test will lead to drop-outs on a large scale, in the higher secondary school level by those who want to concentrate only on medicine and engineering.

Not a victory
AND a few stray thoughts on the double-tracking of the South-Western Railway between Vasco and Karnataka. There is no cause for jubilation or celebration over the Supreme Court stay on the double-tracking of the stretch between Castle Rock and Kulem. This is the only stretch of the South Western Railway which has been stalled by the Supreme Court on the basis of the recommendation of the Centrally Empowered Committee.
As Nilesh Cabral has pointed out the work on the entire remaining stretch from Vasco da Gama to Bengaluru will continue. In fact, the work on the double-tracking is being fast tracked in various parts of South Goa. Of the 83 kms of railway track between Vasco and Kulem which is the last station in Goa, the distance between Kulem and Castle Rock where the double-tracking is barred, is only 26 kms.
Even Environment Minister Nilesh Cabral seems to be confident that finally permission will be granted. Never mind that the Supreme Court quoting the CEC called the Mollem project inefficient and potentially destructive. The Adanis and Nitin Gadkari will find a way of bridging the 26 kms stretch between Kulem and Castle Rock.
Indeed, the controversy over the double-tracking of the Kulem-Castle Rock section reminds me of an old joke shared with me by former chief minister and health minister, Dr Wilfred D’Souza. The story goes that some young women were going to Bangalore from Vasco when one of the guys started making rude comments to one of the women. Other women reassured her that they had not yet reached Mollem station and had only reached Kulem.
But jokes apart the fact remains that not only residential structures but even places of worship and particularly churches, have been affected by the double-tracking. Among the worst affected villages is Cansaulim, where on either side of the present track there are magnificent ancestral houses. This includes the ancestral house of former chief minister, Dr Luis Proto Barboza, whose house is close to the railway track. If this stretch is double-tracked the second line will pass through the living room of Dr Barboza.
Amongst the other victims of the South-Western Railway double-tracking is the Gyanpith (Jnanpith) award winner in literature, the highest award in India, Damodar Mauzo’s house, who incidentally lives along the railway track in Majorda. Apparently, none of the starred hotels and honeymoon destinations have been affected by the track as the Travel and Tourism Association of Goa (TTAG) has not made any noise about double-tracking in Goa.

Goa to kota
And a few stray thoughts on Goa soon turning into another Kota. With higher secondary students increasingly dropping out and attending coaching classes for the CUET test, it is likely that the over smart tourism minister will start promoting coaching class tourism. Which is an extremely profitable business and indeed the main business in the city Kota in Rajasthan. In a city with a population of 14 lakhs which is just a couple of lakhs less than Goa, there are as many as 150 coaching centres, promising admission to Indian Institute of Technology, the National Eligibility Test and the Joint Engineering Entrance Test and even classes of the UPSC exams. The entire population of Kota comprises of promoters of coaching classes, teachers and students and of course there is accommodation in the form of hostels and hotels for students. In fact, if the hotels in Goa find a shortage of tourist occupants in the offseason, they can always convert themselves into coaching centres. The advantage is that unlike in the case of hotels, coaching classes occupancy is assured 365 days a year. The load on the students is increasing by the day. In covid times it becomes even more difficult as students have to answer the higher secondary exam, JEE, NEET, and UPSC exams in close succession. This is in addition to any other of the competitive exams they may have to attempt. Goa is like Kota in many ways as it has far more institutions of higher learning than job opportunities. Goa has as many as 5 engineering colleges which include the Agnel Institute of Technology, Birla Institute of Technology and Don Bosco Engineering School. In addition, Goa has its Indian Institute of Technology which has been homeless for the last 6 years and the National Institute of Technology. The majority of the students who pass out from these colleges have to go to either Bangalore or Pune for jobs.

Complex discovery
And a few stray thoughts on the fresh twist to the Gyanvapi Mosque in Varanasi which is adjacent to the Kashi Vishwanath temple. The Varanasi district court had ordered a video survey of the complex following a petition from 5 women petitioners seeking the right to unhindered daily worship of Goddess Shringar Gauri and other deities along the outer wall of the complex. Just on the eve of the submission of the video survey of the compound, one of the lawyers representing the women claimed that a Shivling has been found in the complex. The joint secretary of the Anjuman Masjid which is one of the respondents as accused Hari Shankar Jain of claiming that a portion of a fountain within the pond was Shivling. As in the case of the Ayodhya temple the consequence is that the Gyanvapi area has been sealed. The Varanasi incident may become an action replay of the demolition of the Babri Masjid in Ayodhya.

Worldwide collapse
And a few Stray thoughts on the Covid-19 crisis leading to worldwide financial distress. The victims are the poorer countries which include India which has aspirations of becoming a super power. The 2 year Covid-19 crisis has led to a steep increase in inflation with the average inflation in India touching 9%. At the ground level this is reflected by the fact that a Kg of Tomatoes now costs Rs 80. Since the price of Mancurad mangoes has come down to Rs 200 per dozen it may be more economical to substitute tomatoes with mangoes. It is not the developing countries and the poor countries alone who have been affected by the covid 19 crisis. There are many countries like Sri Lanka that have taken huge debts from countries like China. It is the inability of Sri Lanka to repay the debt which has led to the collapse of the country. Developed countries like the USA, UK and other European countries are equally affected by the Federal Reserve and the Bank of England increasing the interest rates. A consequence of the increase in interest rates is the fall of the value of the currencies. Even the big tech countries have not been spared by the average losses in the financial year ending 2022 averaging 25%. IT companies in India are lucky that the decline in the value of the rupee has benefitted them. The International Monetary Fund is apprehensive there may be a worldwide recession.

No delay
And a few Stray Thoughts on the Panchayat Elections which are scheduled to be held on June 19th. The term of the Panchayats end in June. The Panchayat Minister Mauvin Godinho has sought postponement as seats for other backward classes have not been finalised. However, the Supreme Court has made it clear that the Panchayat elections cannot be postponed and that the OBC seats should be treated as general seats. The constitution has mandated that they should be civic and hold panchayat elections every 5 years. The Supreme Court has also declined the demand of the Maharashtra government to postpone the civic elections. Since the delimitation of the Panchayats has been concluded, there can be no delay in holding the elections of schedule.

Salary not earned
And a few stray thoughts on the Advocate General of Goa Devidas Pangam getting a higher salary than the President of India. In the tradition set by the late Manohar Parrikar, Goa has always had the highest paid Adv General in the Country. This happened because Adv Atmaram Nadkarni was a very close friend of Manohar Parrikar which is the reason why Atmaram Nadkarni was not only paid a huge salary but was given the status of a cabinet minister along with two personal security officers. But at least in the case of Atmaram Nadkarni who was of course grossly overpaid, he earned his salary. Nadkarni was a fighter and won most of the cases that were entrusted to him. The most notable being the case relating to the diversion of the Mhadei rivers. Subsequently when Manohar Parrikar shifted to Delhi as Defence Minister, he got Atmaram Nadkarni appointed as Asst Solicitor General as he wanted company in Delhi. Unlike in the case of Atmaram Nadkarni, Devidas Pangam’s performance in the Supreme Court does not justify the salary that he is being paid.