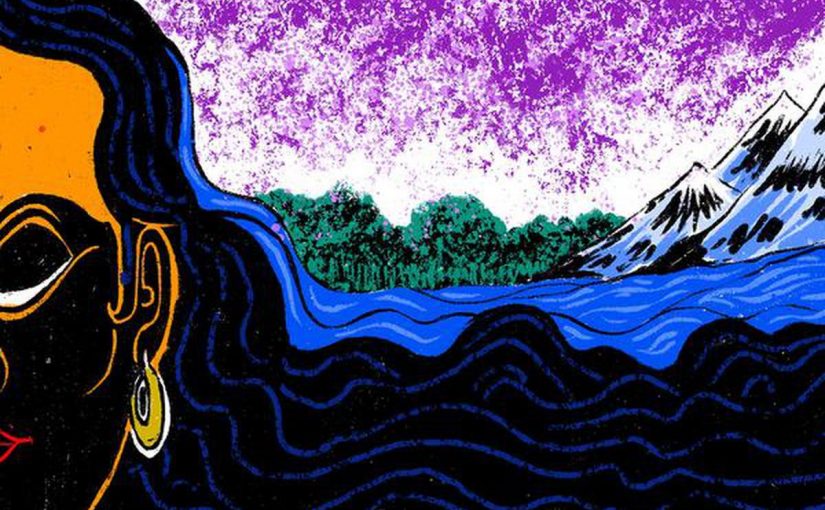 As in many religious culture even in Hiuduism fasting is practised and at specialy during the four months of chaturmass or the monsoon months. Its not a moral obligation but a voluntary spritual practise with the goal of internal and external cleansing of the mind and body, heart and soul. Most Hindus will fast on one meal a day during Shravan-ka-mahina!

WHEN did you last feel like fasting! Most of us eat more than we need to eat and overeat and overeat for all kinds of reasons bad and ugly and I’m speaking for myself too here, for I find I eat for all kind of reasons which rarely add up to – because I am hungry. There’s too much food for the body and too little food for the mind! Many of us eat even when we are not hungry just because it is the done thing to eat three to four defined meals, that is breakfast, lunch, tea-time, dinner. Hungry or not hungry – eat, drink and be merry! Never mind who dies(it’s a terrible state of mind we’re nurturing these days).
Most of us do not know what it is to go without food for there is so much of it going around in our upper crust circles, parties, eating out, socializing, meetings, press conferences…we eat to pass time, kill time, while waiting for a date to turn up, because one is angry, depressed, emotionally at a loss. We eat good, bad or ugly most times in our rat races and sometimes it’s just black coffee and sandwiches with hideous stuffing of processed butter, cheese, limp sedentary apology of cucumber, tomato, lettuce smothered in between just for justification’s sake that this here is a veggie sandwich. When did you last eat a proper meal worthy of being called a meal…moderately buttered, layered generously with thin cucumber or tomato slices sandwich, redolent of fresh black pepper? You have to take time off to make them and there’s time for everything else nowadays but to cook from scratch. Don’t know about you but I am forever seeking for short cuts and easy solutions.

BUT back to thinking fasting this monsoon to come to terms with a host of health issues plaguing me. Most of us know that traditionally in most religious diktats including Hinduism the monsoon months are for putting in some amount of fasting one way or another – once upon a time along with my aunts and cousins in Gujarat we all fasted en famille, that is lived on one full meal a day come Monday, Tuesday or Saturday and then there are always the auspicious Ekadashi or another every calendar month when an aunt would tell her daughter-in-law, “Make only sabudana kichdi, batata-nu-shaak and shakaria-nu-dahi raita…” The last would have deliciously just so sweet sweet potatoes cooked and grated and dunked in freshly made curds, nice, very nice, blended with the peanut-laced sabudana kichdi perfectly. The cumin-flavored batata-nu-shaak would have curry leaves and crunchy green chilli in it but one could eat it or remove it, it was not one of the sharply spicy chilli to make the tongue burn. It was a bit of a heavyweight lunch nobody felt hungry after that.

Vegetarian or vegan
Even non-vegetarian families go 100% vegetarian and now increasingly vegan if so inclined! We fast to remember the good lord or for the sake of our own good health – either way it did mind and body, heart and soul some good and we felt virtuous because we fasted while the nastic lot next door did no such thing. But nowadays I find the younger generation doesn’t know what fun it can be to fast even once a week, or am I wrong? Most times we’re obsessed with food around the clock and much of our socializing revolves around drinking, eating!
HEY, even in Ayurveda’s famous panchakarma or de-tox treatment rest and recreation time revolves around fasting more or less for the first few days of the seven or 15-day regime prescribed by a good vaidya (doctor of Ayurveda)…a moderate amount of fasting is prescribed along with other treatments to treat everything from primary obesity to any one of the degenerative diseases we suffer from increasingly in our ultra-urban civilisation of mod con sedentary comforts. At the very least at an Ayurveda facility you will be treated to a very light-hearted diet for breakfast (idli or set dosa are a hot favourite down south India), while lunch and dinner barely minimal.

There are so many pious days in Hinduism that I remember a whole host of my aunts in Gujarat going on strict fasts if not for a month at least once a week on Monday…the Shravan Somvar being particularly blessed if you fast on a meal a day or on pure aqua and maybe some fruit! One of my aunts, Sumati-masi in Ahmedabad, would live on a meal for the entire Shravan month with only a banana for the evening meal or a bowl of milk with bit sugar stirred in. She stayed fit pretty much hustling and bustling right into her 80s; my other masi, Madhu-masi, didn’t enjoy such good health but she too fasted. I miss them both dearly, it was always comforting to know they were there in Ahmedabad when I was not there!

Sacred months
This is because the four sacred months of the monsoon are seen as Lord Shankara’s season of destruction in nature and he is the lord of destruction and regeneration anew…the wisdom in all this is if you fast, so will you better relish and digest the feasting later on! Generally speaking life gets much harder to live with the skies pouring down cascades of rain for days on end …much goes bust. It’s nice to cut down on socializing and keep busy with routine when all kinds of unforeseen tragedies may befall during the season, especially in rural households.
I KNOW we like to think otherwise but 75 years of independence later India still remains a largely poor, rural country, even if its urban cities are bursting with visible opulence and corpulence. Perhaps when we fast we realize the importance of food and respect it much more – instead of all the wasting of food that we do day in day out in our wealthy urban households. The more industrial junk food we buy and eat the more we chuck it or so I have noticed. Only the richer families can afford to dump food which in the first place may not even be edible or qualify as real food for life…more like fake food to speed up death!

THIS is to say know that fasting is scientific and nowadays we also hear of something called intermittent fasting which means you stay away from food for 16 hours at a stretch – and then eat modestly during a five hour windows gap! Of course we know that eating real food, exercising and sleeping without stressing over this, that or the other issues plaguing life…are the important factors to focus on. Easy to say, hard to do!

Preventive health tool
Any number of studies have now proved that fasting (as long as you are not too far gone into some ill health and are advised against fasting) does help improve health all around and make a difference to the degenerative diseases so many of us suffer from in our soft living urban milieus. Potentially even a little bit of fasting benefits — in matters of weight loss, improved blood sugar control, heart health, even the brain functions better. There are several benefits of fasting backed by scientific studies and in fact, intermittent fasting is an idea gathering popularity in recent times.
Apart from fasting promoting better blood sugar control by reducing insulin resistance it is proven that all inflammation markers (inflammation being the cardinal indicator of severity of chronic disease in body beautiful) improve with fasting and better eating habits. Once inflammation is reduced all parameters of health improve and this has been so even in the case of multiple sclerosis (a chronic inflammatory condition)… if fasting improves and boosts brain function nerve cell synthesis improves and protects from neurodegenerative conditions such as Parkinson’s and Alzheimer’s.
In conclusion don’t shun fasting regularly, fasting is a time-tested traditional tool of preventive health care, just as doing yoga is – this monsoon if you’re suffering too much from whatever, give it a thought. Fast if you can on warm water once a week or a well-planned predominantly plant based and nutrient dense meal or small meals just so as to help yourself stay alive much more happily…and this is advice I am giving myself too, okay!