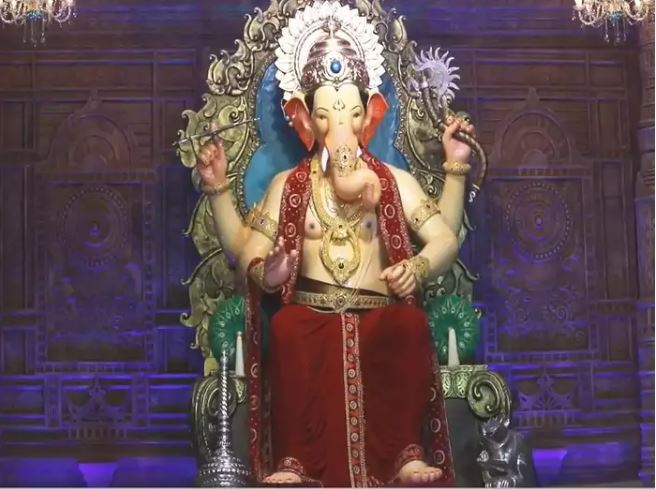 TILAK: It was Lokmanya Tilak, the mentor of Mahatma Gandhi, who initiated the tradition of sarvajanik (community) celebration of Ganesh Chaturthi to escape the British ban on gathering of crowds. In Maharashtra Lord Ganpati or Lord Ganesh, the elephant deity of the Hindu pantheon of gods, evoked during Ganesh Chaturthi, which led the symbolic protest against British colonial raj.

The BJP dream of an “akhand Bharat” or a Hindutva state can never be realized. India is too diverse from Kanyakumari to Kashmir and can never be pushed into one homogenous, boring and processed identity. Even the ongoing Chovoth or Ganesh Chaturthi makes distinct Konkan cultural ways of celebrating in Goa. It is primarily an annual much-awaited family celebration and get-together….

INDIA or Goa will never become an Akhand Bharat! India is a country of diverse states with different cultures and traditions. For instance, only in the Konkan region is Chovoth or Ganesh Chaturthi celebrated primarily as a family festival. The extended family will grow up to 300 members gathering together in the old ancestral house in the village and they will live, eat and pray together for the blessings of Lord Ganesh on all of them. Another distinct feature of the Chovoth festival in Goa is the elaborate matoli, this is the canopy of wild fruit, vegetables, wild berries, leaves, flowers and almost the entire range of agriculture produce which is part of the harvest of the season.
You only have to go to the Banastari market to see the wide bounty of things which go into the making of the matoli or canopy beneath which the Lord Ganesh idol is placed. Goa has only one problem. The idol or image of Lord Ganesh waits outside the house and may not be installed till the family bhatji comes to recite the prayers welcoming him into the house. Lord Ganesh may be installed beneath the matoli only after the bhatji comes and does the religious prayers. Since every home has to be visited by bhatji have to be imported from Maharashtra and Karnataka too in many cases.

ONAM FOR KERALA
JUST on the eve of Ganesh Chaturthi the neighboring state of Kerala celebrates Onam. There is an interesting legend behind the Onam festival of the Malayali community of Kerala. It is widely believed that there was a very cruel King Mahabali who became so powerful because of his devotion to Lord Shiva that he became a threat even the gods. So the other gods destroyed him with the help of Lord Shiva himself but because he was a favorite bakht of Lord Shiva he was granted permission to surface on earth one day in a year and that day comes on September 4. The day is celebrated as Onam and as in the case of Chaturthi where feasting is the order of the day, there is usually the presentation of the Onasadya feast for the Malayali community everywhere.
The Onasadya is festive presentation of 20 plus traditional dishes with side dishes and there is a huge celebration with prayers, musical presentations, awards distributed to students and special members of the community, phoolkari or floral displays – all topped by the serving of Onasadya on banana leaves.
IN Tamil Nadu, unlike in Karnataka and Goa, the most important festival is Pongal. There is an ongoing dispute about whether the bull fights and races are a part of Pongal celebrations or not or legal or illegal. Pongal literally means “overflow.” The primary dish of the Pongal festival is a combination of rice and moong dal roasted and cooked nicely with lots of ghee and this is deliberately allowed to overflow as a mark of abundance!
Unlike in the South the festivals celebrated north of the Vindhyas are very different. Up north Diwali or Deepavali is celebrated with pomp and ceremony for it marks the legend of the triumphant of Lord Ram after his victory over Sri Lanka’s King Ravana who had captured Ram’s wife Sita. The battle scene is enacted with even Prime Minister Narendra Modi using bow and arrow to release crackers and explosives to kill a dummy King Ravana!

RAJASTHANI RAKSHABANDHAN
BESIDES Diwali in Rajasthan, Madhya Pradesh and Uttar Pradesh treat the rites of Rakshabandhan as very important. This is because these were the states which witnessed the Muslim invasion majorly. So the soldiers before to went off to war got a blessed rakhi tied to their wrists by their sisters in the family – symbol of a sister’s love for her brother. In exchange, in Hindu tradition, brothers watch out for their sisters and protect them in good and bad times.
IN Punjab the Lohri festival is a tribute to the brave Punjabi chief who led a revolt against the Mughals. Even within festivals different days are important for different rites of remembrance in religious folklore. For instance, during the Diwali days there is a day called Dhanteras reserved for buying godl or a bit of jewelry. Stock market traders consider Diwali as the beginning of the Hindu New Year.
Interestingly, part of the Diwali festival or the last day, is Bhaibeej. This is a counterpart of Rakshabandhan for sisters. In fact, in Mumbai where newspaper distribution is controlled by people of Bihar, no paper may come out because the distributors are busy with Bhaibeej or Bhaubeej with sisters visiting brothers or vice versa.
In Gujarat, the Dussehra takes a very different turn from the way it is celebrated in West Bengal. The highlight of the Gujarati Dussehra Navratri is the dandiya-ras. Both men and women perform the garba and dandiya dancing with graceful frenzy singing songs. The Gujarati community wear special ghagra-choli-odhni outfits for the Navratri-Dussehra celebrations with the finale of Diwali. In the dancing the women will flaunt their near bare back choli blouses and the men their turbans. The older women’s sarees are also gorgeous and dazzling. We are told the most traditional dandiya-ras is held in the art college of Baroda University.

A VARIED INDIA
INDIA has different languages, different religions, different cultural contexts. In the south a minority understand Hindi. Even if they do they will not speak to you in Hindi in Chennai! Tamil is a much loved language for the people. Similarly, in Bengal you will find yourself lost if you don’t know Bengali, and the Bengali people are proud of speaking in their own Bengali language, even above English. The signboards are in Bengali.
There is a distinct divide between the Aryan languages which are variations of Hindi, compared to the Dravidian languages like Tamil, Telugu, Malayalam and Kannada. So India is the finest example of unity and diversity in the world. It is much like the community of European countries. Every state in India is really like a different country with different history, culture, tradition.
I recall that even way back in the 60s when attempts were made to impose Hindi on the South there were huge angry protests and demonstrations, a sentiment which endures to this day. which endure to this day. India cannot become Hindutva, India cannot become Akhand Bharat.