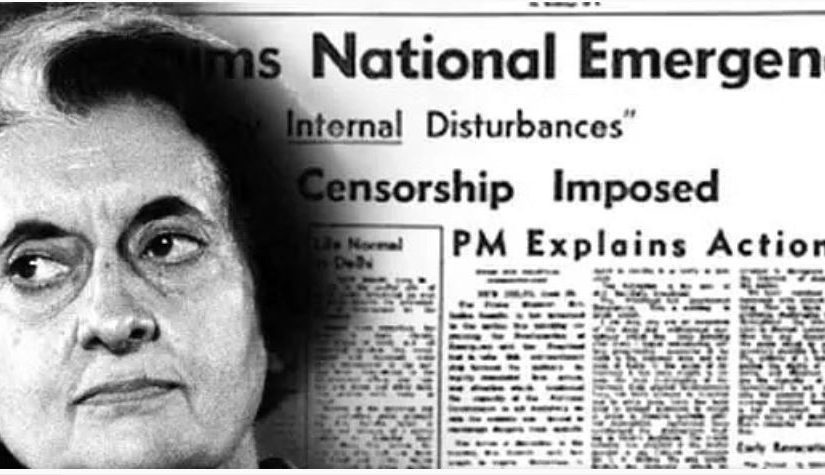 DISQUALIFICATION: The only Indian prime minister, who was disqualified on charges of engaging in corrupt practices during an election campaign, was the late Indira Gandhi because of a case filed by former Socialist party minister of health and family welfare, Raj Narain. Indira is the only political leader who was overruled by the Constitution – which is the God of Indian democracy.

The Election Commission of India, which had the power to have dismissed even the late Prime Minister Indira Gandhi in a corruption case, has no powers to dismiss God. We have no problems with defections but why drag God or the gods into it?

IN any Constitutional democracy the supreme body is the Central Election Commission of India. Historically, it is claimed that the four wings of a government are the Executive, the Legislature, the Judiciary and the Fourth Estate (media). But in Indian democracy, particularly in Goan democracy, we have now seen that God can overrule all other Constitutional organizations.
The defection of eight of the 11 Congress MLAs is similar to the National Stock Exchange. Managing director and CEO of the National Stock Exchange (NSE), which is parallel to Dalal Street, was Chitra Ramkrishna Like our Digambar Kamat, she also claims to have a hotline connection to God. In her case apparently God sent her email messages so He (or She) as a techno-savvy God.
There are several rules framed by the Election Commission of India for the smooth and honest conduct of Indian elections. All candidates are required to furnish details of their latest financial status. This includes shares and other investments, gold jewelry and gold investments owned by not only the candidate but by the spouse, also complete financial details of movable and immovable property.

CRIMINAL CASES
EVERY candidate has to reveal the criminal cases pending against them at the time of standing for any elections. This has been extended to candidates who have been charge-sheeted for any criminal cases. Earlier, only convicted candidates had to provide the details. Only candidates or MLAs or MPs who are convicted for a term of more then seven years are liable to be jailed. There are even chief ministers in the country like Lalloo Prasad Yadav who were convicted in several cases of stealing fodder – fodder which is given to the holy cows. I am sure the holy cows were not happy having their fodder stolen from them and must have complained to God (presuming the God of human beings is the same as the God of sacred bovine animals).
The courts, particularly the High Court and Supreme Court, have the authority to examine the behavior of the speaker in disqualification petitions. It cannot directly interfere with the decisions of the speaker. However, if Speaker Ramesh Tawadkar delays the hearing of a petition, the party concerned can approach the court. If the speaker has not followed the rules laid down the court can cancel the disqualification.

RAVI NAIK
Ravi Naik was the chief minister of Goa in the early 90s. The Goa Bench of the Bombay High Court disqualified him. Ravi was replaced by Dr Wilfred d’Souza. Subsequently, the Supreme Court struck down the disqualification of Ravi Naik and he came back to the chief minister’s kodel.
It is strange that the Elections Commission of India has stipulated that any independent MLA who joins any political party will automatically stand disqualified. If a Congress member decided to join the Bharatiya Janata party (BJP) he has to resign his seat and re-contest on the ticket of the party he joins. It may be recalled that Atanasio Babush Monserrate and Pandurang Madkaikar Kamat quit the Congress and joined the BJP after being persuaded by Babush Monserrate.
The ECI which has been so strict about the free and fair election that it has an expenditure observer (it is a media observer to check on fake news and sponsored stories) has left such a huge gap through which not eight or 10 but 19 of 40 MLAs can defect in Goa.

POST-PARRIKAR
AFTER Manohar Parrikar’s death, as many as 10 of the 15 MLAs of the Congress legislative party defected to the BJP. Then again more recently, after a lot of consultation with God, eight of the 11 remaining MLAs joined the BJP. The significance of these figures is that both 10 in the earlier case and eight in the present case represent 2/3rd of the strength of the legislative party.
The historic argument of the Election Commission is that while defection should not be allowed, there should be scope for dissent. If more than 2/3rd of the MLAs of a particular party decide to switch sides, it would be an act of splitting and not defection.
THE unique aspect of the recent defections in Goa is that the Congress party, including Digambar Kamat, sought the support of God. Before the last election all the Congress MLAs given tickets went to religious places of worship and swore that they will never defect. Digambar Kamat and company went to the Holy Cross Shrine at Bambolim to swear that they will not leave the party. All 11 of them, both Hindu and Catholic, went to the Mahalaxmi temple in Panaji and performed the kul devta rituals. They also went to the Hamza Shah Dargah in Betim. In addition, they had sworn affidavits which were notarized and which testified to the fact that had sworn that they will not resign after winning the elections on Congress tickets.
But God is obviously not as important as money. Each of the eight MLAs are reported to have got Rs40 crore to defect, according to Congress Goa desk-in-charge R Gundu Rao.
There is saying in Hindi which goes Jiski lathi uski bhains. This is also true of political parties in India. The party which is likely to form the government is the one which can afford to bribe the most amount of money to other MLAs whose support its seeks. In Goa of course it has become a routine affair in recent years. There have been 13 efforts to topple the government since Goa got statehood.
But the attraction is not so much money but the kodel. Every MLA wants to become a minister because even as an ordinary MLA he cannot get bribes. To the contrary, if you become a minister, you can increase your wealth ten-fold during a single five-year term. It is not a coincidence that the richest person, who contested the recent assembly elections in Goa, is Michael Lobo — who declared Rs84,000 crore in his affidavit filed with the EC.
We are not sure if God listens to Digambar Kamat or Michael Lobo and will continue to listen to them…either way our politicians mock God every time there is an election. Unless the Election Commission of India wakes up and puts its foot down — democracy is more dead than alive in Goa and India. Goodbye to the God of democracy.