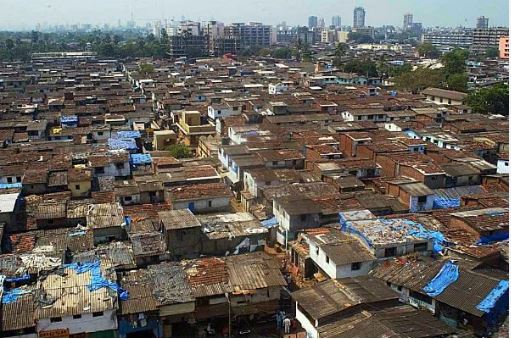 HUB: Dharavi is the service hub of Mumbai which supplies the working force for cabbies, mill workers, maidservants, sundry shop labor, etc. It also has some of the best leatherware products sought after by the bold and beautiful of Mumbai.

With Gautam Adani winning the contract for the redevelopment of Dharavi, the largest slum in Asia, he will be the biggest landlord in Mumbai. Dharavi has an estimated population of 10 lakh.

The Adani Group on Tuesday bagged the Dharavi Redevelopment Project as he emerged as the highest bidder for the 259-hectare project. The Adani Group has bid Rs5,069 crore to remodel Dharavi, one of the largest slums in the world. It outbid DLF Ltd which quoted Rs2,025 crore, SVR Srinivas, the CEO of the Dharavi Redevelopment Project, said.
SVR Srinivas said the details will be sent to the government. “We will now be sending the details to the government, which will consider and give final approval,” he was quoted as saying by PTI, adding that the Eknath Shinde government in Maharashtra will approve it in a couple of weeks.

DHARAVI REDEVELOPMENT PROJECT
The Dharavi slum is spread over roughly 620 acres and is sandwiched between the city’s new financial district and its main airport, though it’s as yet unclear how much land the winning bidder could acquire.
The bid is for the entire Rs20,000-crore project. The timeline of the Dharavi Redevelopment Project is seven years. Dharavi is being modelled to rehabilitate the 6.5 lakh slum dwellers who are spread over 2.5 sq km area right now.
The Dharavi Redevelopment Project will help the Adani Group to book high revenues by selling lakhs of square foot of residential and commercial space in central Mumbai.
The project has been in limbo for many years because of its complexities – from class to religion to ethnicity.
Dharavi, which has a population of 1 million, is one of the largest slums in the world. It is so densely packed that as many as 80 people share a public toilet.
Dharavi is about 5 km from Mumbai’s key business district that’s home to India’s biggest stock exchange. The residents in Dharavi are mostly migrant labourers who work for daily wages.

TOP POINTS
The plan was envisaged in the 1990s by architect Mukesh Mehta, chairman, MM Project Consultants Private Limited.
It was in February 2004 when then Chief Minister Vilasrao Deshmukh announced the Dharavi redevelopment project – a remodelling project aiming to shift hundreds of residents from the Dharavi slum to the plush apartments.
The Dharavi Redevelopment Project has been stuck for the past 18 years.
Through this Dharavi Redevelopment Project, the Maharashtra government planned to convert a large part of the area into a world class business centre and a residential colony.
Vilasrao Deshmukh served two terms as chief minister and died in 2012. Over eighteen years on, just over 300 residents have moved to new houses in sector 5 area of Maharashtra Housing and Area Development Authority (MHADA).
Since the announcement over eighteen years ago, the Dharavi Redevelopment Project has seen multiple setbacks.
The state formed the Dharavi Redevelopment Authority (DRA) and the global tenders were floated in 2007 – 101 companies took part in the process. In 2009, a state-appointed experts’ committee deflated the project, terming the project a form of “sophisticated land grab”.
Eligibility was another issue that led to the downfall of the project. The legal entities that were eligible for the new houses were far less than the number of hutments in Dharavi. A survey conducted by the BMC concluded that only 37 per cent were eligible for new houses.
The process was cancelled in 2011 due to the global slowdown with many bidders withdrew citing lack of clarity and delay in implementation.
In 2016, a new tender was floated but it failed to win bidders. It was again floated in 2018. Then, Adani Group had lost the bid and the winning bid was from Seclink Technologies Corporation. But it failed to pick up as the cost of the Railways land was not incorporated in the original bid. It was cancelled in 2020.

THE BIDDERS IN 2022
Initially, there were eight bidders for the Dharavi Redevelopment Project including entities from South Korea and the UAE who had attended a pre-bid meeting in October. But, only three of them actually bid for the project. The Adani Group, DLF Ltd and the Naman Group. Naman Group’s bid did not qualify for the Dharavi Redevelopment Project.
The government has sought a consolidated net worth of a minimum of Rs20,000 crore to choose the winning bid, and is likely to evaluate both technical and financial eligibility before awarding the project to the highest bidder.
The winning bidder is required to form a special purpose vehicle (SPV) for executing the project. The developer has to take care of rehabilitation, renewal, amenities and infrastructure components.
(With agency inputs)