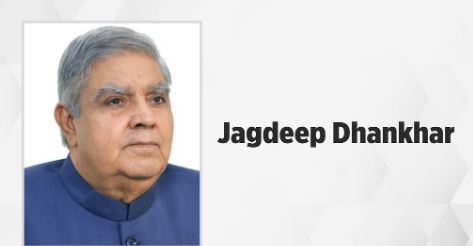 VICE-PRESIDENT Jagdeep Dhankhar’s declaration that Parliament is duty-bound to counter the Supreme Court’s overreach, in striking down the National Judicial Appointments Commission Act in 2015, is a clear statement that the government wants to reverse the clock by having the final say in appointing its own judges.
And just by-the-way, although a five judge bench of the Supreme Court struck down both the 99th Constitutional amendment which gave rise to the NJAC Act, this verdict has in effect already been nullified. There are 25 files of wannabe judges which have been returned by the government to the collegium. Although the collegium was unanimous in recommending the name of chief justice of the Bombay high court Dipankar Dutta to be elevated to the Supreme Court, the government has not issued the warrant of appointment.

NO TIMELINE!
THE other statement made that the President could not be given a timeline for issuing warrants of appointment for judges is a clear violation of the Memorandum of Procedure for appointing judges. With the succumbing of the judiciary to the government, the last bastion for upholding democracy would have fallen, if this is not already the case. We are living in times where the government dictates both to Parliament and Judiciary what needs to be done.
The bureaucracy, which comprises the IAS and IPS officers, are already with the government which pays their salaries and perks, including their accommodation. They are trained to draft laws according to what the government wants. Hence, another law which is a modified version of what has been struck down will soon be resuscitated and that will be the final blueprint for appointing the judges.
Vice-President Jagdeep Dhankhar is mouthing what the law minister, Kiren Rijuju already uttered in the past with repeated assertions that the Judiciary is crossing the Lakshman rekha which itself is wavy and undefined. With the bureaucracy and the legislature already having to toe the government line, the last two bastions were the Judiciary and the Media. Both have been sufficiently emasculated so that they are unable to discharge their duties fearlessly.

NO PARALLEL IN DEMOCRACY
DHANKAR said there is no parallel in a democracy, where the “duly legitimized constitutional prescription” of the NJAC through the 99th Constitutional Amendment Bill passed unanimously by 16 of the 28 legislatures, was struck down by the Judiciary. The Judiciary also struck down the attempts to browbeat the media in 1950 when the journal “Crossroads” which was banned in Tamil Nadu was struck down by the Supreme Court. The Congress government amended the Constitution in 1950 to overcome that hurdle, thereby increasing the shackles on the media by vague expressions such as friendly relations with foreign states, and incitement to an offence.
By not permitting questions to be asked in Parliament on how much land China has gobbled up and refusing to give honest replies to the Supreme Court on the use of Pegasus, the Executive (government) has already demonstrated to the people that it has wider powers than the Judiciary. By now ensuring that it appoints its own judges, the Judiciary will be further emasculated and perhaps, our present CJI Dhananjaya Chandrachudm will not be able to do much to counter this threat.
Vice-President Jagdeep Dhanakhar, who is himself an advocate, has been raising the striking down of the NJAC in different forums for over the last fortnight, as a prelude to a new law being drafted for appointing judges. This is apparently why the files of 25 new wannabe judges have been returned to the collegium. In the Rajya Sabha, Dhankhar said the “historic parliamentary mandate” for the NJAC was struck down by the Supreme Court in October 2015 by a majority of four judges assenting to the lone judge, Jasti Chelameshwar, dissenting on the ground that it was not in consonance with the doctrine evolved by the Judiciary of the “basic structure” of the Constitution.

PARLIAMENT IS ULTIMATE
DHANKAR has unabashedly declared that the “basic structure” is the primacy of what the people want through their votes. “Parliament is the ultimate determinative of the architecture of the Constitution,” he declared.
This in effect means the Executive, meaning the political party which gets the majority vote and forms the government, can overturn the “basic structure” of the Constitution to write its own Constitution. Some chauvinists have already written their own Constitution which declares Bharat to be a Hindu state where the minorities have the right to education and livelihood but have been deprived of their right to vote.
Hence, this perhaps, may be the augury of things to come. The basic structure of the Constitution overturned by a brute majority which has formed the government in India.