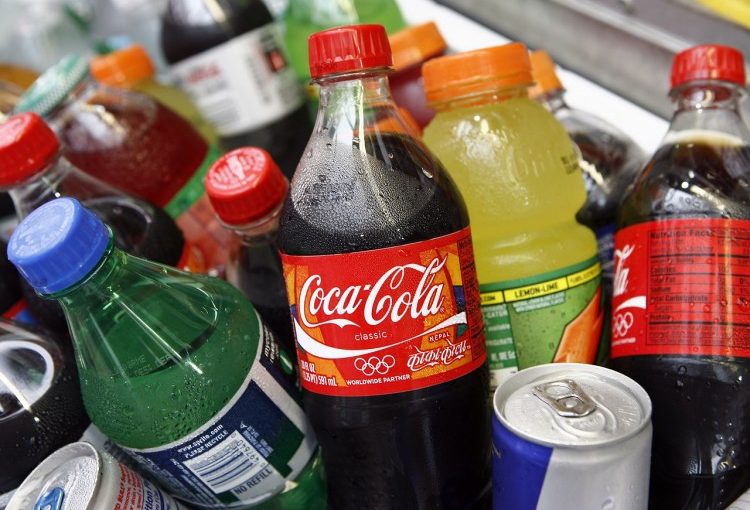 HARD TO DIGEST: The study found that popular soft drinks including Coca Cola, Pepsi and Mountain Dew were contaminated with deadly chemicals from their PET bottle packaging

The study, commissioned by the top Health Ministry body, the Drugs Technical Advisory Board (DTAB), found that these toxins leached into five cold drink samples picked up for the study – Pepsi, Coca Cola, Mountain Dew, Sprite and 7Up – from the PET (polyethylene terephthalate) bottles they were in. Mountain Dew and 7Up are owned by Pepsico, while Sprite is owned by Coca Cola.

The results of the test, conducted in February-March this year, and reviewed by The Indian Express, also show a significant increase in leaching with the rise in room temperature.

Under the DTAB’s instructions, the study was conducted by the Kolkata-based All India Institute of Hygiene and Public Health (AIIH&PH), which comes under the Health Ministry.

According to a source privy to the development, the test results were submitted by the AIIH&PH to Jagdish Prasad, Director General of Health Services and chairman of DTAB, several days ago. The institute had last year submitted another set of test results, where it had found heavy metals in various medicines packaged in PET bottles. A PepsiCo India spokesperson said, “We have received no intimation nor a copy of the cited test reports and without an understanding of the methodology used, would be unable to comment on the reports. Having said that, we would like to reiterate that all our products conform to Food Safety and Standards Regulations. We would like to emphatically reiterate that our products comply with the permissible limits for heavy metals as laid down by these regulations.”

The AIIH&PH had picked up four bottles (600 ml size) each of the cold drink brands as samples through the “stratified random sampling method”. The institute then handed over the samples to the Kolkata-based National Test House (NTH), which falls under the Ministry of Consumer Affairs, to perform the tests.

The leaching of these heavy metals – from the PET bottles in which the drinks were packaged – increased with the rise in room temperature. For example, at normal room temperature, the tests found 0.004 mg/L and 0.007 mg/L of lead in 7Up and Sprite, respectively. However, when kept at 40 degree Celsius for 10 days, the lead increased to 0.006 mg/L and 0.009 mg/L, respectively.

The World Health Organisation (WHO) considers lead and cadmium two of the top 10 chemicals of “major public health concern”.

According to the WHO, children are particularly vulnerable to harmful effects of lead. “Lead can have serious consequences for the health of children. At high levels of exposure, lead attacks the brain and central nervous system to cause coma, convulsions and even death. Children who survive severe lead poisoning may be left with mental retardation and behavioural disorders,” the WHO has noted.

For cadmium, the WHO said, “Cadmium exerts toxic effects on the kidney, the skeletal system and the respiratory system and is classified as a human carcinogen.” Chromium, antimony and DEHP are also known to cause serious side effects on the body.

In April 2015, Jagdish Prasad is learnt to have directed the AIIH&PH to conduct a study on leaching of toxins from PET bottles, used for packaging pharmaceutical preparations, cold drinks, alcohol, juices and other beverages.

As per the minutes of the DTAB meeting held on May 13, in the first phase of the study, only pharmaceutical preparations were tested and it was found that antimony, lead, chromium and DEHP had leached into them.

The first test results were submitted to DTAB on August 2015. Reacting to the results, the Health Ministry formed another high-level committee under M K Bhan, former secretary, Department of Biotechnology.

As per the minutes of the May 13 DTAB meeting, the Bhan committee found various faults with the institute’s test results and asserted that there was no clear proof of PET bottles contaminating medicines inside them. The committee, however, admitted in its report that there were no standards in India for safe plastic packaging, unlike in countries like the US.

In a comprehensive report submitted to DTAB on May 13, based on the first set of test results, AIIH&PH rebutted each fault pointed out by the Bhan committee. As per the minutes of the meeting, the institute told DTAB, “To consider a level (of heavy metal) as safe level amounts to playing with fire.”

Therefore, at the May 13 meeting, it recommended that the Health Ministry issue draft rules prohibiting PET bottle packaging of medicines consumed by children, women and the elderly.