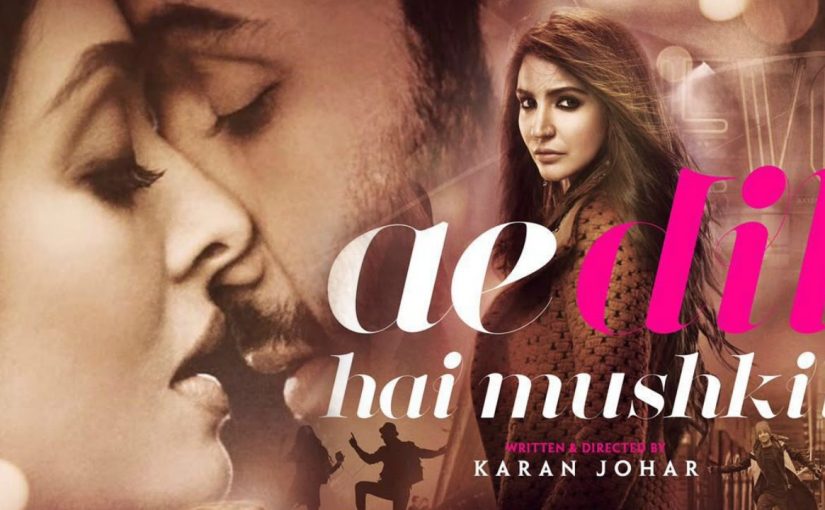 SURRENDER: Bollywood producer Karan Johar was compelled to give an undertaking that he would not employ Pakistani actors in his films

AND a few stray thoughts on the big mushkil that Karan Johar is facing in releasing his latest film Ae Dil Hai Mushkil. The problem with ADHM is that there is more gum them khushi for producer Johar. The source of the distress is the Pakistani actor with a major role in the film releasing on Friday. Until recently, Johar defended Pakistani actors, and had pleaded that they should not be targeted for acts of their government and army generals extending support to terrorists. Many mega film stars, including Amitabh Bachchan, had endorsed his stand and pleaded that the release not be stalled. But in the light of threats from the Maharashtra Navnirman Sena (MNS), a breakaway group of the Shiv Sena, to vandalise cinema houses screening the film, he had to back down.

JOHAR has been reduced to pleading with the Bharatiya Janata Party (BJP)-controlled state government in Maharastra to extend police protection for the release. The state has agreed but only after he gave an undertaking that he will not offer roles to Pakistani actors in future.

There has been widespread criticism of statements by various BJP politicians and even industrialists close to Modi on boycotting Pakistani actors. Shockingly, Mukesh Ambani, considered the richest Indian who has benefited from Modi’s generosity when he was chief minsiter of Gujarat, has justified the ban on Pakistani actors. Ambani has confessed that he is not an intellectual but believes that the country comes first, above culture and the arts. He knows which side of his bread is buttered, and can expect jam too for his support to Modi fanatics.

Interestingly, as leading secular and sensible TV anchors and senior journalists have pointed out that when Modi invited Pakistani prime minister Nawaz Sharif to his swearing in, it was not considered anti-national, nor when Modi went to Karachi for Sharif’s birthday dinner. Modi himself said on Independence Day that Pakistan should join India on waging war against poverty.

Yet, when Kannada actress Ramaya protested against the statement by a BJP leader that Pakistan was hell, she was charged with sedition. Surely if it is fine for Modi to send mangoes to Sharif and attend his birthday there should be no problem with Pakistani actors playing roles in Hindi films. Not surprisingly, the only TV channel which has banned all Pakistan stars is Zee TV, owned by Subhash Chandra who heads the cultural wing of the fanatic Vishwa Hindu Parshid (VHP), a sister organisation of the RSS.

AND a few stray observations on Parrikar’s claim that it was the RSS which inspired him and Modi to order surgical strikes against Pakistan. Parrikar claimed at a public meeting in Ahmedabad that Modi belonged to Gujarat, the home of Mahatma Gandhi who was committed to non-violence. He also pointed out that he was from Goa which did not have any martial communities like the Jats of Punjab and the Marathas of Maharashtra.

Parrikar is not entirely correct as Goa also has the kshatriya or warrior caste who have fought against the Portuguese. Former chief minister and present leader of the opposition Pratap Singh Rane could enlighten him about the battles fought by his forefathers. MLA Rajan Naik would also object and point out that the people of Cuncolim had martyred themselves against the Portuguese.

PARRIKAR’S confession that it was his and Modi’s RSS backgrounds that gave them the idea of the surgical strike is proof that the RSS believes in violence. It is not surprising that he is insisting on giving credit for the strike to the RSS and not the Indian army. After all, it was the RSS leader in charge of Jammu and Kashmir who demanded that – in reference to Hammurabi’s medieval code – India seek an entire jaw for every tooth it had lost immediately after the Uri attack.

The fact that Parrikar acknowledges the RSS as a source of inspiration for the strike raises questions again over its role in Mahatma Gandhi’s assassination, an allegation made recently by Rahul Gandhi.

Interestingly, The Week has confirmed the widespread belief that there was no surgical strike. The expression summons images of the US strike in which 9/11 mastermind Osama bin Laden was killed in Karachi by marines who flew into Karachi after the Central Intelligence Agency identified that the terrorist was staying in Pakistan under the protection of the Inter-Services Intelligence (ISI).

In India’s surgical strike, there were no planes or helicopters. The defence minister said it was a covert operation because Indian soldiers crossed the Line of Control into Pakistan and killed a group of terrorists who were getting ready to cross into India to launch terror strikes.

Significantly, the so-called surgical strikes do not seem to have deterred Pakistan as it continues to engage in cross-border terrorism.

For the second time, the premises of an electronic training establishment owned by the centre in Kashmir was infiltrated by terrorists after Uri. Moreover, a convoy of special forces trucks was targeted and at least one jawan has become shahid in Baramullah after the Uri attack.

External Affairs secretary Jai Shankar has confirmed that the action was a convert operation and not a surgical strike. He also admitted that such operations were undertaken under the Congress government too, except that those were made public. I still do not understand why Parrikar insists on giving credit to Lord Hanuman for the strikes and dragging Ravan into the picture. Incidentally, there is temple in Gokarna just across the border of Goa which has a Shiva Temple where Ravan is also worshipped as a great devotee of Shiva.

AND a few stray thoughts on Modi’s failure to convince China to take a stand against Pakistan’s export of terror. He may have described Pakistan as the mother-ship of terror at the BRICS summit. Russian president Vladimir Putin was willing to extend support to India in its fight against terror and isolating Pakistan, but extracted several billions by way of defence contracts.

He even forced Modi to quote an old Russian proverb, which says that an old friend – meaning Russia – is much more valuable than two new friends. This was a reference to the perception that India had preferred to buy arms from the US and France. India has not only agreed to buy stealth frigates but anti-missile defence systems and helicopters from Russia.

China proved to be a difficult nut for Modi to crack. If the final BRICS-Goa declaration does not mention Pakistan and the resolution on fighting terror is very weak it is because of China’s veto. It was China which made Pakistan a nuclear state by transferring technology to make atom bombs.

AFTER the so-called surgical strike, China rushed to Pakistan’s defence and assured that it would come to Pakistan’s aid if attacked by any nation including India. Modi has been unable to overcome China’s resistance which not only claims large parts of Indian territory, but is waging an economic war against India. It is flooding India with cheap goods including images of gods and goddesses. The worst affected is the electronic goods industries. China is also a major exporter of mobiles to India. It is not widely known that the famous Apple iPhone is manufactured in China.

And a few stray thoughts on how policemen and the press got a raw deal as against the royal treatment given to BRICS delegates. While heads of state of the five main countries and eight neighbouring countries feasted on lobster, crabs and other goodies, there was only stale biryani for the Goa policemen guarding the approach roads to the venue. At least five policemen were affected by food poisoning due to insects in the biryani. The Goa Human Rights Commission has ordered an enquiry and directed that no payment should be made to the contractor. One young constable was on duty for 16 hours without food and suffered a heart attack.

It was not only the police who had a bad experience. The media covering the event and local officials who made the arrangements were not allowed to use the toilets at the Taj Exotica and the Leela, the two venues of the summit. They were forced to use the cramped and unhygienic mobile toilets. The media and organisers were also denied water, leave alone food.

Tourism was also affected as the beaches were taken over by the armed forces. For the first time in Goa, anti-aircraft guns were positioned on the beaches. Those who depend on tourism like water sports operators were not allowed to do business in the name of security. Locals also faced traffic jams due to VVIP movement. The biggest scam of course was the huge amount of `75 crores spent on the shoddy repair of roads.

AND a few stray thoughts on South Goa strongman Churchill Alemao joining the NCP. Alemao has a habit of changing parties more often than Modi changes his clothes – which he does half a dozen times a day, never being seen in the same outfit at two events even if they are in an hour apart.

Alemao began with the United Goans, then switched to the Congress after statehood. When he was not made sports minister, he toppled the Congress government and formed the United Democratic Front government. He was even chief minister for 45 days before being toppled by Dr Wilfred D’Souza.

In the last assembly elections in 2012, he chose to contest from Navelim, the fiefdom of Luizinho Faleiro instead of his traditional seat of Benaulim, where his beloved daughter Valanka wanted to contest from. The Alemao family contested from Benaulim, Navelim and Cuncolim, where brother Joaquim Alemao stood. All three lost to the BJP. Churchill subsequently stood for Parliamentary elections and lost again to the BJP. This time around, he tried desperately for the Congress ticket in Benaulim. He even told Faleiro to keep Navelim as along as he was given a ticket for Benaulim. When he got no reply, he decided to join the NCP and will contest on their ticket from Navelim. He has not lost hope of a kodel in the cabinet as there is a possibility of an alliance between the Congress and the NCP.

And a last stray thought for yet another Saturday. The tension between the locals and outsiders has intensified in Ponda. It all started when a local was allegedly assaulted by the family of a scrap dealer from outside the state. Locals went on a rampage and burned the scrap yard and several vehicles belonging to migrants. The migrants in turn got ready to retaliate but were stopped in time by the police.

The tension has intensified with Usgao villagers observing a bandh calling for the expulsion of outsiders from the area. Scrap yards mostly owned by outsiders from the minority community have been the targets of the Sangh Parivar. There has been a feeling that scrap dealers are also involved in the theft of cars and scooters. There are strong objection to the yard locations in towns.