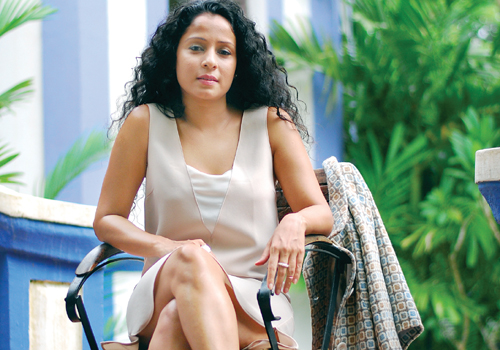 AT THIS point of time, my dears, I hate modern-day Indians! In so many ways, we’ve become a nouveau riche, mod con loving, boorish, disgustingly consumerist society. The signs are all around to take note of. The bigger the shots, the fewer the manners! In a humble home one may still find a glass of water offered first thing regardless of whether you ask for it or not. It wealthier homes they’re indifferent if you look like aam aadmi.

There are a few examples which have been bugging me. Earlier, no matter where one went one did not see a pile of footwear piled in front of the entrance of a home or hall! The last time I went to the Kala Academy, I wanted to register a complaint to the chairperson Vishnu Wagh about a revolting mess of footwear just outside the Black Box door, despite the footwear stands.

Few Indians bother to pick up their own footwear to put it on a stand provided for. Perhaps we like greeting one another with our footwear at social soirees (outside hospitals too one may be greeted by a plethora of footwear in front of stairways and the footwear stands look lost and lonely for want of usage). I’ve often picked up footwear I’ve stumbled over to place on the stands. We Indians are real jerks and lack in primary manners and respect – self- respect and respect for others. It follows that if you respect yourself, you may be capable of respecting another, no?

AGAIN, these days one keeps wondering if the police force, including the Goa police, is paid to look after government ministers/bureaucrats, their bibi-bachche and all manner of khaas aadmi, or is their primary duty to protect the aam aadmi and take decisions in overall interest and especially the vulnerable and unprotected? Mind you, the police may be aam aadmi too but they’ll cower and curry favour with the bigwigs and bully smaller folk in the social hierarchy.

An insensitive police force is a curse for women. Look at the manner in which they disclosed all the petty, salacious details of how one 21-year-old criminal conned, looted, molested and smothered to death perfumer Monika Ghurde.

Surely the men in uniform are meant to exercise discretion and protect a woman’s privacy even in death instead of coloiring it for an equally insensitive male media to pick up for even more colourful reportage? Some of my media friends however insist it is the duty of media to report accurately, and if there’s sleaze, one must report and record it faithfully. But in this case it seemed like the investigating police were sympathising with the criminal and pardoning him for his daydreaming!

If 50 per cent of jail inmates are there because of sexual misdemeanours it’s a horrible revelation for our times. Our young men need sex education urgently and I don’t mean watching pornography on their smart phones and showing them to women. Indian men betray so little respect for women and that’s just about it, perhaps less so for independent women living solo lives in towns and cities.

Back at village level perhaps they know where a woman belongs, what she should wear and how she should look and speak, but when they come looking for jobs in big cities, they get confused vis-à-vis women whom they’re not used to either honouring or respecting.

These days I see so many young Indian men who are  manner-less and some of them are very wealthy. What does this say for a country trying to come to terms with modernity and civilised times where women seek equality commensurate with respect? Really, I hate Indians these days even though I am one! And Indian women too are boorish, especially a certain grade of women who enjoy the privilege of money and power (many in government naukri).

At a dinner I recently attended, I watched with dismay any number of women happy to skip the queue and go ahead just because one of their “bosses”  ahead in the line invited them. Suddenly I found myself standing alone in the queue where I was, refusing to behave like those women who scooted ahead to serve themselves quicker. I do believe that women can be as corrupt as men in situations of power  (witness a Mayawati building grand statues in praise of herself and nobody has the guts to stop her even if it is public funds she is squandering).

Okay, I leave you with food for thought here.