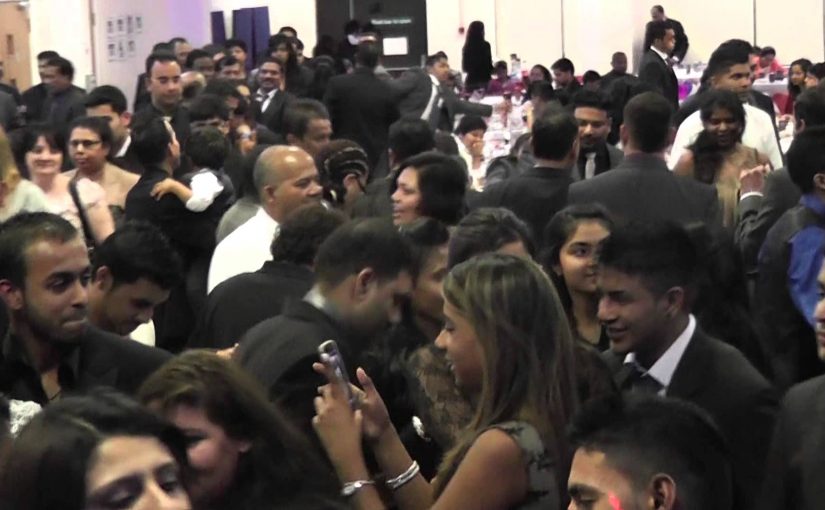 PASSPORT: Many Goans have taken advantage of Portugal’s membership of the European Economic Community to take up citizenship which enables them to work in London, but following Brexit their future is uncertain

There has been a drastic fall in Goa’s Catholic population. Unlike at the time of Liberation when the Catholic population was over 40 per cent, it is estimated to have come down to 26 per cent in the 2011 census. Not just Catholics, but even wealthy Hindus are migrating in increasing numbers, leaving Goa to migrants

WE are living in explosive times in Goa. Issues like Goan identity, scarcity of land resources, special status, medium of instruction and a host of other concerns close to our hearts erupt from a profound sense of loss felt in different degrees by Goans. This sense of loss is complex but has a common thread that binds its different shades together.

The common denominator is the fear of extinction. It is common knowledge that Goan fertility levels have reached below replacement. The alarm bells have rung long past. But panic has not yet set in. Some might argue that the Goan condition proves that economic development is the best contraceptive. These whistle blowers tend to view what we are facing today as costs of unplanned development.

GOA has been greeted as the fasted developing small state in our country. The complex demographic puzzle facing us is the wages that we are paying for this development. The development-induced displacement seems to have triggered an acute sense of loss. Though the Goan demographic graph is on a downward slide, large scale in migration has assured a ground swell of Indians who have made Goa their new home.  Goa has become a land of opportunity to these brethren. As a result, Goans have begun to feel exiled in their own land. This sense of dislocation has a constitutive demographic angle.

Goans exhibit little or no xenophobic traits. Goan culture has hospitality and welcome inscribed into it. Yet a profound reflection of what afflicts Goa seems to arise from an un-name-able feeling of being unhomed in one’s own place. This sense of being de-territorialised cannot be appropriated into a reductionist monolith. Not all communities in Goa manifest this alienation in the same degree.

THE condition is complex and precarious. When we dissect the population of Goa on the basis of religion or caste, we can unearth different kinds as well as levels of anxieties affecting Goans.

Thus, for instance, the growth of the Hindu population largely due to in migration in the post-colonial era may have been viewed with favour as political capital but at the same time, the growing numbers of our Muslim brethren have been viewed as a threat to the cultural capital. The condition is non-linear and cannot be only thought with largely linear and rational categories.

There are large emotive segments, transrational and even irrational dimensions to it. It makes us vulnerable. We can fall prey to our fears. Some politicians have already preyed on our fears and phobias. What we need is to expel all fear and fear mongers and stand with hope and a dream of an inclusive, prosperous and harmonious Goa. Indeed, this is the deepest aspiration of all Goans that we wish to extend to all Indians.

While all Goans exhibit alienation and a sense of loss, we can notice it most intensively among the Catholics. It is a Goan community that has its foot on the accelerator that slows its demographic climb. This demographic deficit vis-à-vis other communities experienced by the Catholics is unique and produces complex responses of recovery of the loss which includes their migration into Europe, America and Australia.

To understand this complexity, we may have to understand that there are several Goas, Indias and Europes in our minds. Each of them operates not just as presences, but absences of what is deemed as good life. Most of us think only with the present-centric categories. It is important to also think how absence affects us.

ABSENCE afflicts us differently. Absence can be felt as a presence of injustice. Hence, a sense of lack or absence can trigger dynamism of recovery of that felt loss/ absence. A profound sense of an absent Goa, India and Europe afflicts us differently. Being conditioned by a thinking that it is tainted by the present, we look for the pure presence of Goa or India. We cannot imagine a hybridised/contaminated Goa, India or Europe.

This uncritical expectation and longing for the pure Goa/India has its basis in the purity pollution principle of the upper caste. But purity is hard to find. This has also led to our thinking that colonisation was a time of pollution. Thus, for instance, Dr Tristao Braganza Cunha writes about denationalisation of Goans under colonisation. His critique is based on the hybridised idea of nation and nationalism. It is an imported concept. It has a western form and Indian content.

There is a strange power of absence on us. It pulls us to initiate action to fill in the felt lack. The pull of presences and absences works differently on each community at different ends of the spiral. Catholics are subjected to its regime like every other Goan differently. Yet we may safely say that Goa has become a place of absence for all.

The presence of Goan-ness is no longer presentified. Once the acutely felt absence is secured, we are pulled by another absence. This circle then continues and we are born into another absence that seeks redemption. This makes us trapped in the samsara of absences.

THUS, for instance, in the presence of the Hindu Goan, the Kristanv finds the absence of Konkno. If the Goan Catholic was a product of conversion under colonisation, the Goan Hindu has risen under complex transformations affecting  our  post-colonial  society. The Kristanv/Konkno was a binary opposite where each was a presence and absence of the each in the other. The Kristanv of today finds in the invisible Konkno, in the ocean of the ‘Hindu’, a loss of brotherhood.

This migration of the Goan Konkno into the pan Indian ‘Hindu’ is complex and cannot be understood with our largely rational touch stone. It might also be a result of an intensely felt absent India, absent large religious brotherhood that Catholics and Muslims enjoy across the world. Every community is pushed to seek redemption from differently felt absences. Goa and Goans are chained by an absence that hybridises continuously and is seeking redemption.  Christmas season is a time of intense co-presence of God amid us who promises us to redeem us from our slavery to absences of different shades and hues.

THE awareness of us being chained to the samsara of absence is the beginning of our moksha from it. It can illumine us how we and other Goans are afflicted by it. This can bring compassion for each other and forge solidarity. Every issue that a Goan Catholic feels strongly for is rooted in a strong felt absence of what is deemed to be profoundly Goan.

Thus, in the nagrisation of Konkani as the official language of Goa, Catholics can feel the pain of de-konkanising of Romi Konkani. In the Konkani of the nagrised kokani, the Catholic feels the absence/loss of their mother tongue. The coming of other secular parties like the Aam Aadmi Party and no sign of alliance among the major secular parties triggers the loss of the power of the Catholic vote due to the danger of it getting split.

In a densely sanskritising Goa, Catholics begin to feel the absence of Goa and the absence of a home. In a political environment dominated by communalism, they feel acutely minoritised and cannot even find space to live as a happy minority in Goa. Recently, an article in UCAN has regarded the shrinking of the Catholic community in Goa as indicative of a silent ethnic cleansing of the Catholics in Goa.

HAPPILY things are not that bad. We have not gone the Kashmir way of cleansing the Kashmiri Pandits. We will not go that road. Goans are weirdly united and divided. Caste transcends religious boundaries/divides. Catholics have a uniquely interesting experience. They find themselves on the side of the high caste when it comes to identity issues. The opinion poll, the Konkani movement saw all Catholics standing for Goa.

This stand for Goa was construed as pro-high caste by a large section of the bahujan community in Goa. Yet one cannot find the Catholics as the major beneficiaries of this important battle. Even politically, Catholics, with the exception of last election, were never part of Maharashtrawadi Gomantak Party (MGP) or Bharatiya Janata Party (BJP) fortunes. Within the Congress too, they had marginal space.

Indeed, they find themselves victimised by both the high caste and bahujan brethren. Thanks to some learned young men among the bahujans, there are intense negotiations and growing solidarity movements happening among the subalternised Catholics and bahujans in Goa.

We have to collectively and subjectively break the chains that divide us. We need to take the regime of absence that afflicts us head on. The fact that we are approaching the elections, we need this enlightening illumination more than before. The presence of corruption or communalism or both in one party cannot become the absence of the same in the other. Several divisive forces will be found out when we rise beyond this ‘either/or’ mode of thinking. There are no pure forms.

THEY may exist in the ideal world. Our world is infected by hybrids. We have to think through ‘co-presence’. Our co-journey as Goans results in the co-shaping of each other. We are co-present to each other as Goans. Each is in the other. We co-carry each other. We carry Goa, Goaness in each of us. No one has the pure Goa in them. No one has pure Konkani. All that we have is hybridised and hybridising Goa, Goans, Goan-ness.

What Goa needs is an all-inclusive, Goa-centric politics of co-presence. When co-presence becomes the chief political category both communal and corrupt politics will have no room. Thinking through co-presence is not static. It is a dynamic co-presencing. It has to continually become inclusive. Since every inclusion becomes an exclusion from another end of the spiral of life, we require a constant co-presencing atmosphere.

In profoundly Catholic terms, it has to continuously seek the lost sheep. That is why Catholicism in Goa can offer a unique contribution to our ailing either /or politics governed by the binary of absence and presence. The fact that the majority of Goan Catholics occupy largely marginal location and they are already forging solidarity with the other marginal communities has something for Goa in the coming future.

THE spark of inclusive politics is lit by the other marginal communities too. We have to move forward in these directions. The politics of co-presence being co-presencing is uniquely self-critical. It has the critical teeth to deconstruct all exclusion that masks itself even under inclusive terms like Goa, Goans, Goan-ness, Hindutva, etc. It has the power to squeeze out every shade of exclusion hiding   under the garb of inclusive semantics and bring an inclusive co-presencing practice.