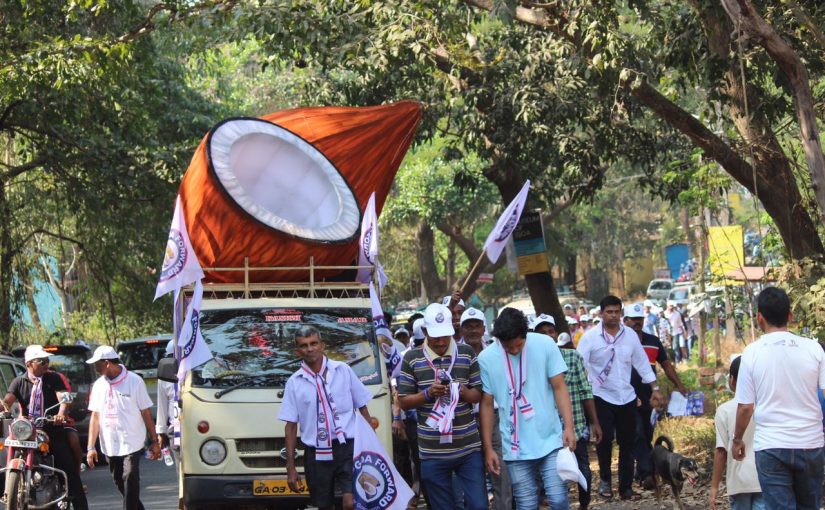 Jayesh Salgaonkar promised to take Saligao Forward free of corruption and reiterated his commitment for Goa, Goemkar and Goemkarponn. Vijai Sardesai appealed to the people to join hands with Goa Forward to oust the BJP and its current sitting MLA from power. He said that Saligao constituency in spite being represented by a Tourism Minister lacks basic infrastructure in the coastal belts of Nerul and Reis Magos. Even a toilet for locals as well as visitors on the beach are not found, he lamented.

Party president Prabhakar Timble said that the people of Saligao should make the 2017 elections a straight fight between BJP and Goa Forward and ensure that the vote of the opposition is not divided.

Several local political leaders expressed that a change by way of Jayesh Salgaonkar is being welcomed and accepted by people of Saligao due to his simplicity and down-to-earth attitude.

Jayesh Salgaonkar stated that he had already started his door-to-door campaign earlier and the rally on the New Year Day was to make a new beginning for 2017 and expressed happiness at the response.