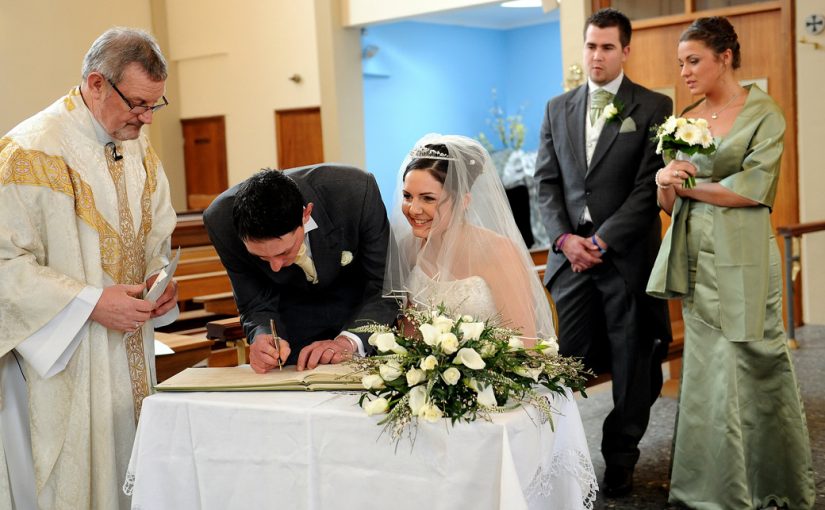 WEDDED BLISS: The Uniform Civil Code in Goa allows the blend of law with customs, specially with respect to Catholics. Also, when it comes to women’s rights, it showcases that uniformity does not always mean equality

FOR probably the umpteenth time, there are whispers in the air that a uniform civil code (UCC) is in the offing. Occasionally, Goa’s UCC is brought up during these discussions.

But even as the UCC is being touted as the panacea for the violations of women’s rights, nobody asks what the UCC in Goa really is. What is meant when the civil code is said to be ‘uniform’? Why was it retained in Goa? And how is it working for different sections of women?

An examination of Goa’s tryst with the UCC reveals much. It shows, for example that ‘uniformity’ can take different shapes. It provides a stark reminder that uniformity is not per se a rights-loaded word. It can also mean uniformity in discrimination in that you can have discriminatory provisions applicable across all religions – uniformly.

It calls attention to the fact that imposition of uniformity among unequals can create inequality, and that the existence of plural systems, both formal and non-formal, is actually ideal for the diverse constituents who need to strategise with the limited knowledge and within the limited power they have. Above all, it reveals nationalist agendas can shape the trajectory of UCC to the detriment of human rights.

THUS, it would be useful to see here how the so-called UCC pans out differently for different communities in Goa. We must not forget that procedures for registration of marriage are different for Catholics and non-Catholics.

Even if civil registration of marriage has been compulsory for Goans, what is actually considered marriage, customarily and socially across all religious communities, is the religious ceremony and reception. The paper registration before government authorities is seen as a formality to be complied with, for legal purposes.

For this to effectively happen, people, and particularly women, are not even aware that two signatures with a minimum gap of 15 days are generally entailed, one for declaration of intent which is applicable to everybody and the other for confirmation, which is signable before the Church for Catholics and the civil registrar for non-Catholics. The second signature can end up being not appended because of lack of knowledge about it.

However, with the Catholics, the law allows the tie up of the state with the Church. This means that after the first signature is appended before the Registrar of Marriages, the very solemnisation of marriage in the Church and signing of the Church Marriage Registration Book there and sending of the extract of the Church register to the civil registrar has come to be considered the second signature required for the confirmation of marriage. So the socially acceptable religious practice is accounted for in the law, when it comes to Catholics. That is the upside of the law recognising the popular relevance and significance of religious marriage.

In a situation where universality of marriage is seen as a norm and women are not cultured into acquainting themselves with the procedures of registration of marriage, and may be led into the same, they can be deceived into believing they are married, when they actually are not because they have not appended the second signature, and a marriage is not ordinarily recognised if there is no civil registration.

But on the other hand, the legal acknowledgement of socially accepted religious forms of marriage, if not qualified, has consequences by way of differing procedures and grounds for annulment of marriage, or for divorce. A marriage solemnised in the church has had the option of being annulled in the Church, for specific reasons, such as non-consummation.

Once a marriage is annulled by the Tribunal of the Church, the annulment is then confirmed by the high court mechanically, only at best ensuring that there was no bias in the decision-making in respect of any of the parties to the case. On the other hand, if the matrimonial petition were to be filed in the civil court, non-consummation of marriage is not a ground for either annulment or separation or divorce, for any community.

THE way the word ‘uniform civil code’ is bandied around, it presents a chimera of uniformity being equated with equality. Laws can be uniformly applicable to all in respecting women’s rights, and they can also be uniformly applicable to all communities in disregarding women’s rights. In other words, they can also be uniform in discrimination. That is also a lesson to draw from Goa’s Family Laws.

There are many uniformly applicable provisions, as, for instance, that the right to will for a married man or woman is limited to half of his/her share in the properties, and the will has to have the consent of both spouses. This means that at least on paper a couple cannot will away all their properties to their male offspring because of a preference for sons. This is a positive provision that is present in the uniformly applicable provisions (though it is quite another thing that there are ways of circumventing this provision).

In Goa, if nothing is spelt out at the time of marriage, the default system is the regime of communion of assets, which means that upon marriage, couples will hold whatever assets they have each or jointly acquired or inherited before or after marriage as co-owners of property. Couples do have an option of contracting themselves out of this default system of communion of assets at the time of marriage, by entering into a pre-nuptial contract where they decide whether the properties before marriage will be held separately and those after marriage will form the communion or if properties, whether acquired before or after the marriage, will all be held separately.

However, irrespective of which system of holding matrimonial properties the couple opts for, the right to administration of the properties of the couple, without exclusion of the exclusive properties of the wife, is the prerogative of the husband. Thus the law makes the ‘control’ button available to the husband. This provision is uniformly applicable to all communities. Is this the uniformity to aspire for where one gender is privileged to control across all communities?

Also, uniformly applicable is the visualisation of the concept of property. Women who can avail of the matrimonial property provisions are those whose marital families have owned property. This means that for a woman whose husband does not have ownership rights in property, dividing matrimonial property at the time of divorce can mean she gets half of nothing. So, for instance, if a woman gets divorced and her husband is an agricultural tenant or is tenant in the marital house, she has no right to 50 per cent of the tenurial interests.

The manner in which voices have spoken post 1961 highlights the attempt to retain privilege for the dominant Goan communities, which includes dominant caste Goan males. Therefore maintaining the portions of the family law from the Portuguese Civil Code and resisting any efforts to change that law arises from that perspective. There is consequently a hesitation to change any of its provisions, even if any of the existing uniform provisions be denying of equality to women, or to any section of society.

Two sides of
the same coin

The UCC is thus seen as a badge of Goan identity as against the identity of ‘Indian’. The ‘Goans’ (meaning the dominant class/caste Goans) on the one hand have been wanting to distinguish themselves from the Portuguese, and from the mestiços (mixed race of Portuguese and Goan parents), and on the other hand also want to distinguish themselves from the rest of India, while maintaining all the distinctions that they have already made between themselves.

It suited the Goan to distinguish himself from the non-Goan (the rich ‘Indian’) and the migrant by whom he felt overwhelmed either because of larger power potential or numbers. Be it in the field of law, music, song and dance, cuisine, games, language, art, architecture, the story is the same.

In and through all these fields of life, there is a desire to consolidate the existing power equations. This has been further strengthened by the economic driver of tourism, which has taken the form of neo-colonialism, and where it was essential to stereotype the image of an exotic Goan with a different image of a hybrid between Indian and Iberian culture.

Therefore, even if people would secretly admit that there are provisions which are crying for change and for an introduction of a rights perspective, they are wary of the law being touched, lest it dissipates in the bargain. A USP of Goa, that makes Goans a cut above the rest of India, such as the Family Laws of Goa cannot be lost. So nobody wants to let go of this badge of ‘honour’.

Thus the predominant mood is that one should not try to change the law, even to the extent of changing the unjust equality-violating provisions. This can be a foreboder of how nationalist sentiments for ‘uniformity’, that is, retaining privilege, can trump rights of substantive equality, guaranteed by the Constitution of India.

Albertina Almeida is a Goa-based lawyer and human rights activist.