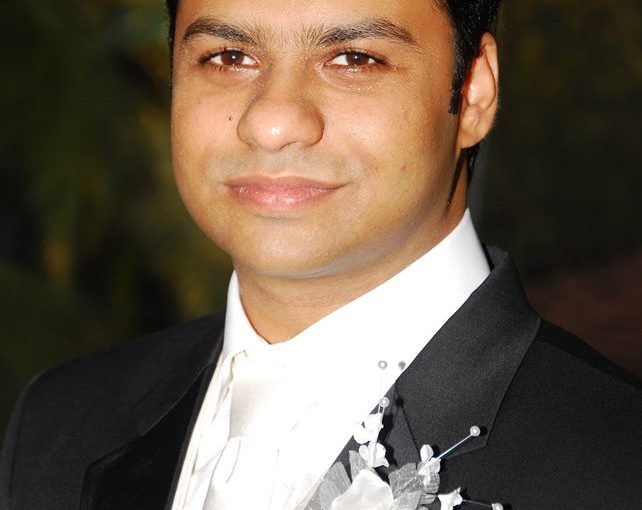 HE IS an unusual political aspirant, not run-of-the-mill at all. It’s not often that we come across a politician who talks sustainable development for Goa and knows the nitty gritty of it. But here is a hopeful candidate from the younger generation who is serious, savvy and knows what Goa needs and what he would like to gift the state. Sustainable progress and development is something to understand, says the earnest, 33-year-old, Chicalim-born and bred Kenneth Silveira.

He hopes to make it to the power seat this forthcoming Assembly elections as an independent candidate from Dabolim by taking on turncoat Mauvin Godinho – currently of the Bharatiya Janata Party (BJP) – and strike a blow for sustainable development for Goa. He says, “We have all these resources but we are just not using them correctly with vision and foresight. Corruption is bogging everything down.”

But most of us already know that. Kenneth Silveira, however, has seen the quality of life in Goa come and go, and how it is impacting locals, and he quite disturbed by it. He is upset by “the manner in which politics has been practised first by the Congress and now by the BJP.” He wants to be a politician with a difference and says for the record, “I am not going into politics to make money!”

He comes across as a well-endowed man and says he has his parents’ blessings to spend his wealth as he wishes for the cause of better infrastructure for growth in Goa.

EVEN though that’s the background he comes from – a privileged property-owning bhatkar family – Kenneth has also done well enough for himself. He reveals, “I have nine cars and five bikes and I bought them with my own hard earned money!”  He lives in a 500-year-old house with old-fashioned thick walls in Chicalim, with his wife Cynthia and two young sons Karl and Kris. “I am the only son, but my sister in Australia is the youngest. She’s a project manager for an IT company…”

Kenneth has made money through sheer dint of hard work and his business interests in real estate are no big deal for him. He says, “I’ve learnt to be a gambler but I gamble to be successful!” He has also learnt to bounce back even after frustrating experiences. This young politician-in-the-making plays chess online and thinks, “Politics is just a game, a challenge for me…”

HE wonders how can there be growth all around, when Goa lacks a level playing field. He details how the Congress and BJP have selfishly and sadistically taken bad decisions over the years to the detriment of the quality of life of Goans in professional businesses. Politics too must not be about quantity but quality. He says, “My father is a businessman, but he has never taken any favours from anybody.”

Kenneth studied in Goa and Belgaum. He recalls, “I used to cycle nine kilometres to Regina Mundi High School and later cycled in Belgaum too where I did my three-year diploma in electrical and electronic engineering.” On his return to Goa in 2000 he started up his own computer business dealership. “I do honest business, pay my taxes. Then along came Manohar Parrikar with this huge government subsidy and order for the purchase of computers for students.”

According to Kenneth, this affected many in the computer business, “It finished me, it killed me!” Such are the frustrations of striking out on one’s own, he recounts. “My business suffered. Why do politicians do something which leads to someone’s success and another’s loss? And check the quality of those cheap Chinese computers purchased. Has anyone checked how these computers are working today?” Of course Parrikar has made a killing with political goodwill merited or unmerited in this case.

But so began Kenneth’s disillusionment with these kind of below-the-belt moves practised by today’s politicians.

The political system has become so selfish, rewarding some but destroying many more and creating enemies, “We are exploiting without conscience and this impacts every next generation more and more who suffer in a vicious cycle of non-growth and progress collectively.”

So he wants to make it into politics! If he makes it to the hot seat, he wants to change all this in the true sense of controlling political lobbies instead of letting the lobbies control politics. He says, “We’ve got the technology to go for so many better alternatives, clean up the pollution. But today’s politicians are controlled, for example by oil mafias and the greed to make easy money for themselves!”

KENNETH also feels strongly about the deteriorating healthcare scenario in Goa, many things need to be rectified, “Otherwise our health will continue to be degraded.” He sees how a polluted environment is impacting the younger generation, his family, his children and everybody else who lives the year around in Goa. He would like to get together a group of like-minded people for creating eco-friendly governance. He is keen it happens in Goa, his Goa which he loves.

What about his personal life? Well, he married Cynthia D’Souza on June 5, 2012, and “It is a love marriage! She left her new job in Abu Dhabi and came back to Goa so that we could get married. Now we have two sons, Karl and Kris, five years and three years, respectively.”

Ever the optimist, Kenneth Silveira despairs, “Why is there so much negativity everywhere. I’m a gambler but I am always successful! I know how I can create jobs in hospitality and also a good work culture.” When he becomes a politician he will work towards “making democracy safer so that everyone gets a better chance to be happy.”

But first he must reach out to the voters of Dabolim and convince them about who is the better candidate!