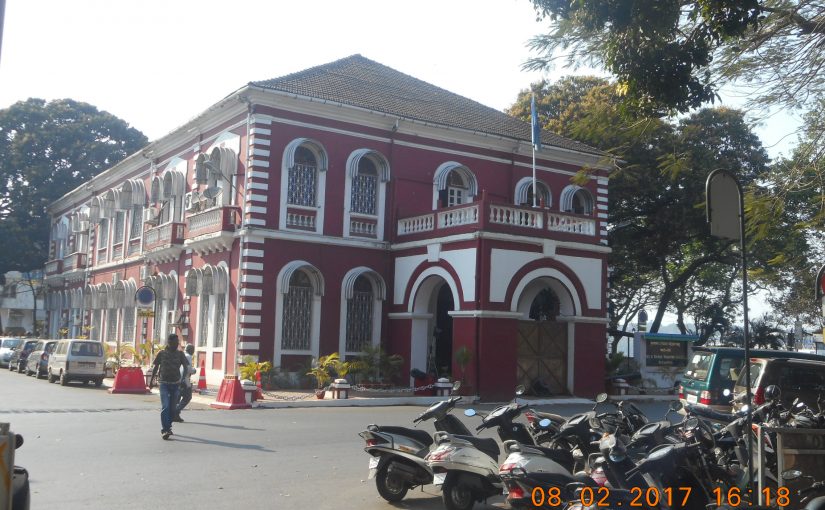 SIGNAL HQ: The HQ 2 Signal Training Centre Panaji (near North Goa Collectorate) occupies prime real estate that could be put to better use

Following reports that some defence force staff were enrolled as voters for Goa’s Legislative Assembly elections on February 4, Stephan Dias did a extensive survey of Panjim on the number of military establishments in the capital. From the results, it appears that the Indian Army which liberated Goa, decided to stay back.

The Corporation of the City of Panjim has repeatedly requested successive the ministry to get the armed forces to vacate prime property in the heart of Panjim. Goans have great regard for the forces and have, along with other citizens, made sacrifices for the country. We even boast a former chief of army staff – General Sunith Rodrigues – and have provided a lot of land like Defence Colony in Porvorim for serving and retired service staff. Panjimites only want the army to relocate out of the busy areas in the heart of Panjim. Is the Raksha Mantri Manohar Parrikar listening? BARRED: The Military Hospital at Campal is not open to Goans, who have to go all the way to the government hospital in Bambolim FANCY DINING: The Officers’ Mess is at the Military Training Centre in Altinho, which has long been known as an elite residential location BARRACK STORES: The office of the Garrison Engineer who is responsible for repairs and maintenance and ordering consumables needed by the armed forces, is located just off a narrow lane between Panjim market and Geeta Bakery FORTIFIED: A sign shows the location of the Army Camp at Altinho, near All India Radio

One thought on “PANJIM MOST PROTECTED”