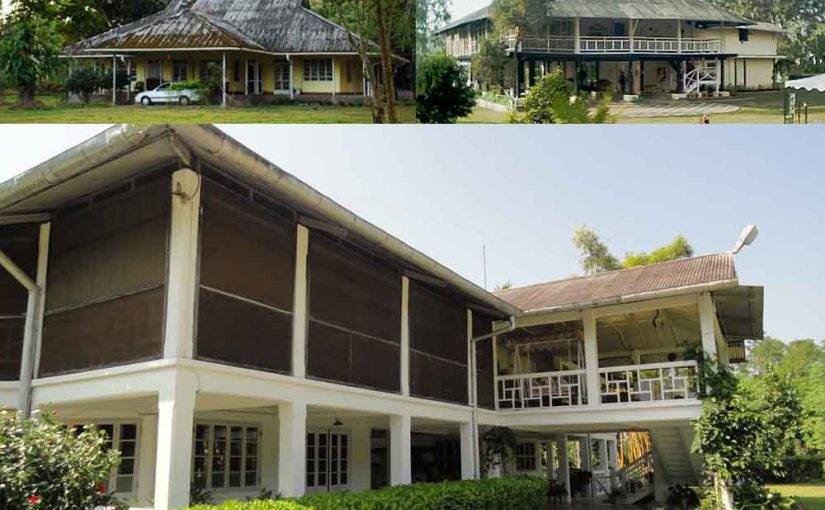 PALACE: Late Tamil Nadu chief minister Jayalalithaa’s residence valued at over `20 crore may be attached to pay the `100 crore fine imposed on her estate by the court

When J Jayalalithaa’s actress mother Sandhya died, she left assets worth only `7.5 lakhs. In his case against Jayalalithaa and her associates, including Sasikala, 21 years ago, present BJP Rajya Sabah MP Subramanyam Swami alleged they had assets disproportionate to their income to the extent of `66 crores. A district judge convicted both then chief minister Jayalalithaa and Sasikala. A high court judge then acquitted them. Jayalalithaa became chief minister for two terms and was in her third when the Supreme Court rejected the acquittal and upheld the district court verdict.

Jayalalithaa has escaped the indignity of spending four years in jail following her mysterious death. Fortunately for Tamil Nadu, Sasikala – who was set to grab the chief minister’s post – is in jail in Bangalore and has been barred from contesting elections or holding any posts for the next 10 years by the Election Commission. In Goa, the fate of candidates who contested the recent Legislative Assembly elections has been sealed. Many, such as Mauvin Godinho, are accused of having assets disproportionate to known sources of income. For the future generations, we must ensure that those guilty of accumulating assets illegally do not become ministers or chief ministers so that  they can loot and plunder all over again

These appeals project a challenge to the judgment and order dated May 11, 2015 by the High Court of Karnataka in the appeals preferred by the respondents, thereby acquitting them of the charge under Sections 120B and 109 of Indian Penal Code, 1860 (IPC) read with Sections 13(1)(e) and 13(2) of the Prevention of Corruption Act, 1988 (for short 1988 Act) as framed against them and also resultantly setting aside the order of the trial court for confiscation of properties, both movable and immovable, of the three firms concerned.

In the meantime, after the conclusion of the arguments, J Jayalalithaa expired and, thus the appeals against her have abated. Nevertheless, in view of the gamut of imputations and the framework of the charges as well as the nature of evidence – oral and documentary – available on records, reference to her role and involvement, based on it in collaboration with other respondents would have to be essentially examined.

Charges were framed against Jayalalithaa, former chief minister of Tamil Nadu and the co-accused – Sasikala Natarajan, V N Sudhakaran, and J Elavarasi, for commission of the alleged offences punishable under Section 13(1)(e) read with Section 13(2) of the 1988 Act and further under Section 120-B and Section 109 of IPC.

She was the daughter of late N R Sandhya, who also acted in films during 1960s. N R Sandhya died in 1971 and by virtue of her mother’s will dated November 1, 1971, Jayalalithaa became the owner of properties including land and a building at Poes Garden in Chennai; a house in Sri Nagar Officer’s Colony Hyderabad; plots measuring a total of 10.2 acres in Jeedimetla village and Pet Basheerabad village in Metchal taluka in Andhra Pradesh with a grape garden, farm house and servants’ quarters; and a plot of 3.15 acres in Pet Basheerabad village in Andhra Pradesh.

In addition, she also owned agricultural land measuring 3.43 acres in Cheyyur Taluk; an old Ambassador and an old Contessa; a new Maruti car bearing registration no. TMA-2466 worth `60,435 and company shares. The assets in her possession up to 1987 were found to be worth only `7.5 lakhs. Besides, she also claimed to have possessed balance in her bank accounts to the extent of `1 lakh and certain items of jewellery.

Sasikala Natarajan is the wife of M Natarajan who joined government service as a publicity assistant in the Department of Information and Public Relations in 1970 and was promoted in succession eventually to deputy director in 1986 in the same department. He tendered his resignation on November 1, 1988 which was accepted with retrospective effect on April 3, 1991.

She is the daughter C Vivekanandan, a medical compounder, and her marriage with Natarajan was held in the early 1970s. She was initially an occasional visitor to Jayalalithaa’s residence at Poes Garden and started permanently living there with her from 1988 onwards and was acknowledged and declared by Jayalalithaa as her friend-cum-sister.

V N Sudhakaran is the son of Sasikala’s elder sister Vanithamani and T T Vivekanandan. He started residing at Poes Garden in 1992 while pursuing studies at New College, Chennai. Jayalalithaa had acknowledged and proclaimed Sudhakaran as her “foster son” and had conducted his marriage with Sathiyalakshmi in a lavish ceremony at Chennai on September 7, 1995.

J Elavarasi is the wife of late V Jayaraman, Sasikala’s older brother. V Jayaraman was a government servant and died in December 1991 due to electrocution while attending to works in Jayalalithaa’s grape garden in Hyderabad. Following her husband’s death, Elavarasi came to live at Poes Garden from the beginning of 1992.

The prosecution claims that, as on July 1, 1991, Jayalalithaa was found in possession of properties and pecuniary resources in her name and in the name of N Sasikala, who was living with her at Poes Garden to the extent of `2,01,83,957 including the properties acquired in the name of Jaya Publications, Sasi Enterprises and Namadhu MGR, which had been floated by the two with themselves as partners.

The prosecution also claims is that during the check period i.e. from July 1, 1991 to April 30, 1996, there was no business activity at all at many of the firms, and in others, the activities were more in the nature of acquiring assets like lands, machinery, building etc, which were not production oriented. No income tax returns were filed nor assessment for commercial tax done.

Jayalalithaa also did not file her income tax returns for assessment years 1987-88 to 1992-93 until November 1992. When this issue was sought to be raised in Parliament, she filed the returns for the period in November 1992.

Subsequent to July 1, 1991, assets in the form of movable and immovable properties and pecuniary resources like bank deposits etc, were found acquired in Jayalalithaa’s name, and also in the names of Sasikala, Sudhakaran and Elavarasi and the firms floated in their names. Scrutiny of various bank accounts maintained in the names of all four and their firms disclosed that huge credits in cash had been frequently made into various accounts which were not commensurate with the income of the individuals or the firms. There were frequent transfers of amounts between one account and the others to facilitate illegal acquisition of assets.

The huge quantum of such assets, when viewed in the context that Jayalalithaa was holding the office of the chief minister and that Sasikala, Sudhakaran and Elavarasi were living under the same roof with her and not having sufficient means to acquire the assets in their names, established that the assets were actually acquired by Jayalalithaa.

It is further alleged that, following the criminal conspiracy between Jayalalithaa, a public servant, and her associates Sasikala, Sudhakaran and Elavarasi to acquire and possess properties and pecuniary resources in their names and in the names of various firms floated by them, they amassed properties and pecuniary resources to the tune of `66,64,73,573 (later corrected as `66,65,20,395), which was grossly disproportionate to the known sources of income of Jayalalithaa, Sasikala and Elavarasi during the check period from July 1, 1991 to April 30, 1996.

According to the prosecution, Jayalalithaa’s income from the known sources during this period, such as rental income, interest derived from various bank deposits and other deposits held by her in all their names, agricultural income, loans and the salary received by her as chief minister of Tamil Nadu, worked out to a total of `9,34,26,054, whereas during this period, her expenditure including repayment of principal amounts and interest on loan, and other outgoings were assessed at `11,56,56,833.

Thus, as on April 30, 1996, Jayalalithaa being a public servant was found to have acquired and possessed pecuniary resources and properties in her name and in the names of the other three and firms floated by them, which were overwhelmingly disproportionate to her known sources of income to the extent of `66,65,20,395 which is an offence of criminal misconduct within the definition of Sec 13(1)(e) punishable under Section 13(2) of 1988 Act and that Sasikala, Sudhakaran and Elavarasi conspired with her and abetted the commission of the offence.