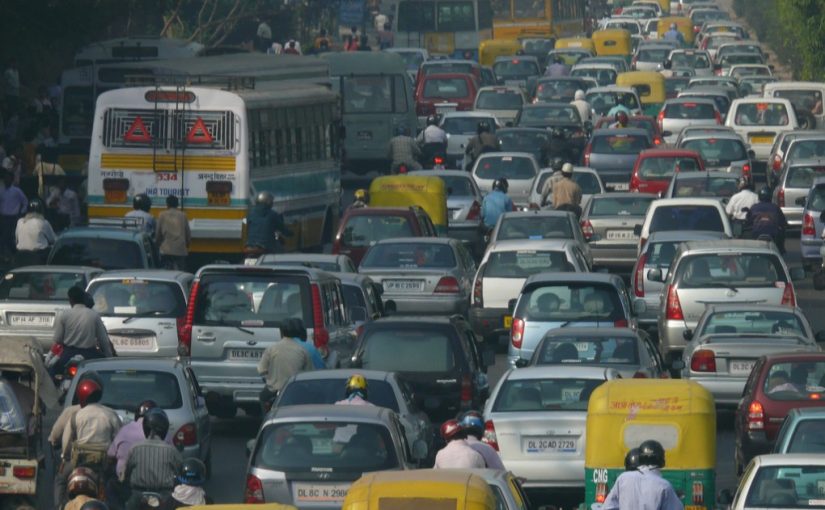 APRIL FOOL: Don’t be an April fool. Don’t let the dealer sell you a Bharat Stage (BS) III vehicle which has as little value as the old `1000 currency note! Be BS IV compliant and help protect your health and the health of others

From April 1, 2017, all vehicles, including passenger cars, commercial vehicles and two-wheelers which are not compliant with Bharat Stage (BS) IV emission standards will not be registered by the RTO officers all across the country

ON THE eve of April fool’s day, on March 30 and 31, the daily newspapers are full of ads from two wheeler manufacturer including leading brands like Hero offering discounts of up to `12,500 and free insurance as well. Don’t get conned. These discounts are worthless because the offers are for Bharat Stage (BS) III vehicles which will have to be scrapped from April 1 according to the directive of the Supreme Court. Though the Apex Court had warned manufacturers of all types of vehicles ranging from passenger class to commercial vehicles to the entire range of two wheeler as far back as February 2016 when it asked them to switch to manufacture of BS IV compliant vehicles, manufacturers took this lightly.

ON Wednesday the auto manufacturers tried to persuade the Supreme Court to keep the ban in abeyance till they had sold their stock of over nine lakhs vehicles. The auto-makers pleaded that they would stop manufacturing BS III vehicles from April 1st but the ban should not be applied to sale of vehicles that have already been manufactured. The Supreme Court rejected this appeal of the auto manufacturers pointing out that they had been given enough time to get rid of their stock of BS III vehicles and to switch to the manufacture of BS IV compliant vehicles. The Supreme Court has made it clear that from April 1, no vehicle whether it is a car or a truck or a two wheeler which is not compliant with BS IV standards will be registered by the RTO in any part of the country. So even if an auto dealer offers you a BS III two wheeler free, don’t accept it. It will be as useless as the old `1000 and `500 notes.

The government of India and perhaps even the Supreme Court woke up to the seriousness of the pollution caused by automobiles, particularly diesel vehicles, when the South Asia correspondent of the New York Times announced that he was planning to leave India to save the health of his children which had been affected due to the pollution in Delhi. Long before Delhi chief minister Arvind Kejriwal introduced the odd-even days for vehicles in Delhi, the former chief minister Sheila Dixit had forced all commercial vehicles including public transport buses, taxis and autos to switch to compressed natural gas as an alternative fuel to diesel and petrol in Delhi.

It is necessary to understand the difference between BS III and BS IV standards. The central pollution control board first woke up to the need for laying down standards for vehicles from a pollution point of view as far back as 2002. The Supreme Court and the pollution control board had ordered that all four wheelers should be compliant with BS III stage of anti-pollution standards by April 2015. Initially this was extended to 13 metro cities and subsequently to all part of Indian by 2010. In 2014 the Central Pollution Board decided that vehicle manufacturers should switch to BS IV which is the equivalent of Euro 5. Even with the Supreme Court order to switch to BS IV, India still lacks behind China which has already switched to China 5 which is equivalent to prevailing European standards. India is lagging behind European countries by five years in respect of producing non-polluting vehicles. This applies to even European companies, which manufacture vehicles in India which would be banned in their own countries.

Even if you are tempted to buy a 2 wheeler or 4 wheeler cheap to take advantage of the heavy discounts being offered, don’t do so in the interest on your own health and the health of others using the roads. This is because in terms of pollution BS III vehicles are 80 per cent more polluting then BS IV vehicles. In fact manufacturers of vehicles in Goa and indeed the media who carry ads for dealers offering heavy discounts on BS III vehicles should be penalised for misleading customers. The Times of Indian ad on Thursday, March 30, 2017, which offers a rebate of `12, 500 and free insurance till  March 31 for Duet, Superior Splendor, Glamour and the new Maestro does not mention that these offers are for BS III vehicles which cannot be registered from April 1. We are shocked that even as reputed as company Honda has been advertising `10,000 off on the Activa, Yuga, Shine and CD110, though their small print does mention that the discounts  are for BS III models only.

Among the major problems of switching from BS III to BS IV has been the inability of the petroleum companies in India to supply better quality fuel. But this obstacle has been overcome and BS IV petrol and diesel are now available in the whole of northern India including Jammu and Kashmir. From April 1 last year BS IV petrol and diesel are also available in Goa. Therefore there is no excuse for auto dealers and manufacturers to continue to sell BS III vehicles in Goa and pollute our beautiful state.

What is probably holding back manufacturers is that the cost of complying with BS IV ambitions standards might affect their market returns. To reduce the level of pollution a diesel particulate filter needs to be installed in all diesel vehicles. In the case of petrol vehicles, catalytic  reduction technology has to be adopted. Moreover the new technology has to be tested over six to seven lakh kilometres. This is symptomatic of a bigger problem which sees India lagging behind global standards. As it is, even Indian luxury cars costing more than 25 lakhs have failed to pass the crash tests they have been subjected to abroad. Many of our lower price cars are not even equipped with air bags to prevent fatal accidents to the driver and the passengers.