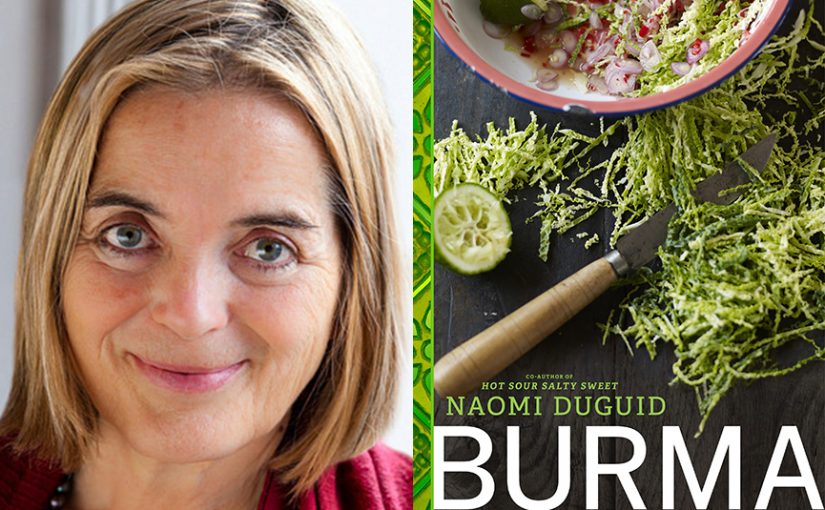 THE heat is crazy and springtime has turned into summertime in April! I’ve taken to burying myself in cookbooks, specially a fairly new one loaned to me by a friend. Travel cookbooks are fun to read, especially if they are Naomi Duguid’s cookbooks. The one I have currently is a delight and focuses on Burma and Burmese food. Ever wondered about Burma and the kind of food the Burmese people eat? I’d like to go to Burma to eat and buy some jade (it’s the original auction place for jade) for some good luck to come my way.

A friend of mine has just returned from Burma and she’s waxing lyrical about eating fermented fresh tea leaves relish. It’s supposed to be full of antioxidants like the Korean kim chi or German sauerkraut or for that matter even our mango thokku! These days in the Panjim market some of the vendors put out fresh mango pickle for sale and some of it is very good (`50 for say a quarter kilo). Mankurad are selling `500 dozen (I refuse to buy at such extortionate rates and if the natural fragrance of a fruit is absent!).

Anyway I suppose the moment one mentions Burmese food, the words “khao suey” pop in the mind. This delicious Burmese  origin noodles meal steeped in coconut sauce (add in half-a-dozen things like crunchy soy sprouts, roasted peanut crumble, fried shallots, quartered boiled egg, etc) has become an international dish. After the country opened up after about 50 years of closure, many intrepid travellers are making their way to Burma — including cookbook adventurers like Naomi. She travels and she writes about food with exquisite sensitivity and hard work. It’s clear she loves her job of being a cookbook chronicler-cum-recipe collector!

What is Burmese food like? She says it’s delicate,   complex and exotic…many things are tart and sweet, crunchy and tender, salty and spicy. Burma, the faraway land, is worth visiting if you like the sound of its food and the flavours come through most temptingly in her  cookbook titled ‘Burma: Rivers of Flavor.’ It’s not Naomi’s latest cookbook but it is one of her best. Burma, she says, is a well-watered land of huge rivers and fertile valleys and here kingdoms flourished. They left behind their distinctive food traditions developed over centuries. It’s a rich and multilayered culinary scene as it moves from brilliant salads, sparkling condiments to easy curries of the Bamar people living in the central river valleys, to the inventive aromatic dishes of the peoples of the hills, “Here’s a mother lode of delicious and accessible food traditions.”

FOR over 150 years Burma suffered invasions, conquests, wars and civil strike but hopefully all that is over now as it struggles to usher in democratic political values. Food is the one refuge in which people like to gather to feel safe and relaxed and so it is in Burma.

Burma is 30 per cent larger than its neighbour Thailand and almost exactly the size of the state of Texas in USA, with a population of about 60 million. Compare that with Thailand’s 65 million and Vietnam’s 85 million. Its famous historical river, the Irrawaddy, one of the great rivers of Asia, starts as a trickle north of the border in Tibet and flows south through the heart of Burma, growing larger with water from tributaries. A broad delta opens out into the Andaman sea just south of fabled Rangoon.

It’s along the Irawaddy valley that the Burmese kings established their various capitals over the centuries and where Bamar culture developed and flourished in all its complexity. The Bamar people make up nearly 70 per cent of the population of Burma and naturally they dominate culturally and politically. There are also other segments of people who have made Burma their home and have their own identity.

As one may imagine rice is the crop of abundance, but Burma is also a sub-tropical fruit heaven with banana, papaya and other fruits in plenty. From the sound of it food flavours are usually fresh and seasonal and the Burmese pantry, according to Naomi, is stocked with popular things such as fried shallots and shallot oil, dried red chilies, both whole and powdered, turmeric, roasted chickpea flour, dried shrimp ground to a coarse powder and fermented shrimp paste as well as fish sauce. Dishes are brought to life with all these ingredients along with raw or lightly cooked vegetables or acidic fruit such as green mango and pomelo, cooked seafood or meat, and a lot of careful flavouring and blending with lime juice, peanuts and herbs lending their own magic to eventual piece de resistance dishes.

The cookbook details various ways to treat rice; sweet treats include fried bananas and semolina cakes, but these are served more as snacks with  tea or coffee as Asian countries don’t have a tradition of winding up a meal with desserts. Apart from rice, noodles dominate, and these are served with meat or fish broths. Mohinga is soup stew of fine rice noodles. It is the chewier egg noodles which go into the making of “ohn-no khaut swe” which is the “khau suey” we’re familiar with.

THE choice is mind-boggling while eating out on the streets of old Bagan, says the author.  Open air “restaurants” offer astonishing dishes like tender beef curry, a vegetable plate of okra, carrots, eggplant and more, simmered dal-like beans, tangy clear soups with floating greens and there is balachaung or crispy shallot and dried shrimp relish. Turmeric is all pervasive and peanut and sesame seed oils are widely used in stir-frying. Shallots, tamarind, chickpea flour, soybean disks (tua nao) are of popular usage, not to forget the aromatic five spice powder made of star anise, fennel seeds, cassia, Sichuan peppercorns and cloves. While in Burma also discover Burmese fermented or green tea leaves salad (laphet thoke pronounced “la-pay toe”) which everyone goes into ecstasies over abroad.

As is the hallmark with Naomi’s travel cookbooks,  ‘Burma: Rivers of Flavor’ also offers more than just a fleeting glimpse of history, geography, landscapes, and not least of all the people along with their many-splendored cuisine.

Naomi’s cookbooks make for great guides if you’re a foodie or have an ever-adventuring palate, the only shortcoming being they’re pretty heavyweight affairs and may not pack easily into a backpack if you want to do an economical backpacker’s trip!

But make it to Burma one of these days and get me a green jade bangle if you can! You must buy this book but here’s one of my favourite recipes from it.

WASH rice by immersing it in a bowl of cold water, swish around and drain; repeat once or twice and set aside.

PLACE a pot with a tight-fitting lid over medium heat. Add the oil (don’t skip it, or the coconut milk will make the rice stick to the bottom of the pot), then add the shallots and cook, stirring occasionally, for three or four minutes.  Add the rice, clove, cinnamon stick, turmeric, and salt and stir gently. Add the coconut milk and two cups of the water, then measure the depth of the liquid: Place the tip of your index finger on the top surface of the rice – the liquid should come up to your first joint. Add water if needed. Bring to a boil, then cover, lower heat to medium-low, and cook for five minutes. Lower the heat to the lowest setting and cook the rice for another 15 minutes. Remove from the heat and let rest for five minutes.

SHAKE the pot gently, then remove the lid and use a wet rice paddle or flat wooden spoon to turn the rice: slide the paddle or spoon down the inside wall of the pot or cooker and turn the rice gently. Repeat all around the edges of the pot. Cover until ready to serve, hot or at room temperature.

LEFTOVERS: The coconut milk makes each rice grain tender and separate, so that leftover rice doesn’t clump at all; it’s also very flavourful. It doesn’t need re-frying. Warm it over steam or in the oven, or serve it at room temperature, topped simply with cooked beans or an egg and perhaps some fried shallot or greens.