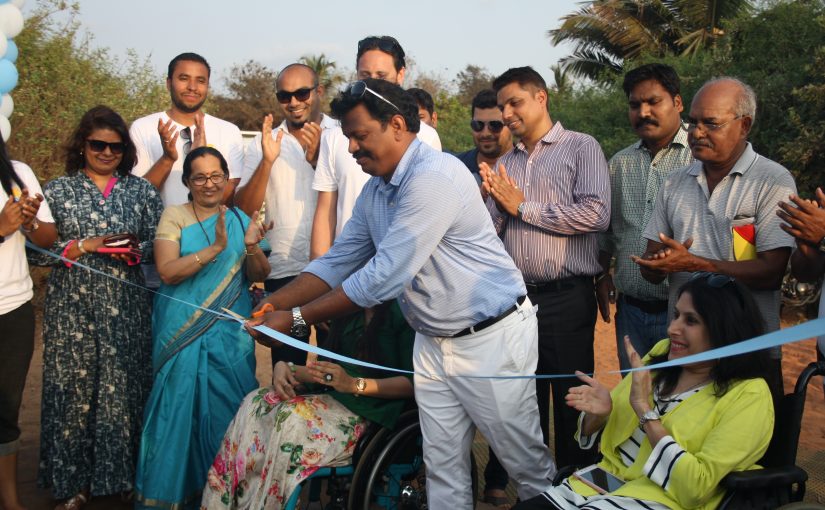 PEOPLE need to strongly condemn St Cruz MLA Tony Fernandes for his very outrageous and despicable statement that Babush Monseratte is his boss. The use of the very word boss possibly indicates the goon-don relationship between the two. In a democracy every politician should be guided by his conscience and the people of his constituency. And as far as Tony Fernandes is concerned, his voters have clearly warned him not to resign.

The god-fearing soul that he claims to be, Tony Fernandes should have made know this game plan during the election campaign, and he cannot now post-election results, high-handedly betray his voters. It is not Babush Monseratte or the Congress, but the people of St Cruz constituency who elected him and he is accountable to them alone.

TOWN & Country Planning minister Vijay Sardesai  after holding around a three-hour meeting with TCP officials in Panjim now says it is not practical to implement RP-21 by December 2017 in Goa. Will enforce Goa Public Service Guarantee Act in toto at TCP and Chief Minister Manohar Parrikar will take stock on regional plan at a meet scheduled at TCP HQ on April 19. We may have to formulate Regional Plan 2032 says TCP minister! Amen to Goem, Goenkar and Goenkarponn!

THE ancient Nalanda University which dates back to 5th century AD is back in action after 800 years! This is something to cheer about! The university was first built in eastern Bihar during the Gupta dynasty era and had a residential facility with over 2,000 teachers and 10,000 students. It focused on holistic knowledge which attracted scholars from China, Korea, Japan, Tibet, Mongolia, Turkey, Sri Lanka and South East Asia. It was destroyed by the invading Turkish army led by Bakhtiyar Khilji in 1193.

In its new avatar the campus is located some 15 km from where it originally stood and has a spread of 179 hectares. The university re-opened with just a handful of students and 11 staff members and says Vice Chancellor Gopa Sabarwal, “Over 1,000 students from 40 countries have sought admission in Nalanda University. But only 15 students have been selected, including one each from Japan and Bhutan and others from India.” Most students will be enrolled in September, she added.

Hectic construction is still going on at the campus. The university is funded by the Indian government and East Asia Summit (EAS) countries including China, Singapore and Australia are supporting this venture to restore the old glory of Nalanda University. Perhaps India is on its way to becoming great again!

GREAT Britain has an official number of  84 VIPs. France has 109, Japan has 125 and Germany has 142. The total number of VIPs in the USA are 252, Russia 312 and in China 435. In India we have a total number of 5,79, 092 VIPs! It is sickening. Cutting down this number to below 300 is as urgent reform as any. Remember this huge army of largely political  VIPs are squandering valuable national resources meant for the common people of this country.

Share all this to build public opinion! Incredible India, indeed, where a pizza reaches before the ambulance, where a car loan is 7 per cent and an education loan  12 per cent, where rice is `40 kg and SIM cards are free, where Durga is worshipped and a girl child aborted, where a shooter wins an Olympic gold medal and is awarded `3 crore and a soldier who shoots your enemies and sacrifices his life at the borders for your freedom is compensated with a meager `1 lakh, where you get all varieties of food dirt cheap with VIP treatment at the Parliament canteen…tea `1, soup `5.50,  daal `1.50, meals `2, chapatti `1, chicken `24.50, dosa-biryani `8, fish `13…all this for those who earn `80,000 per month, exempted from income tax….

And we say hamara Bharat mahaan!