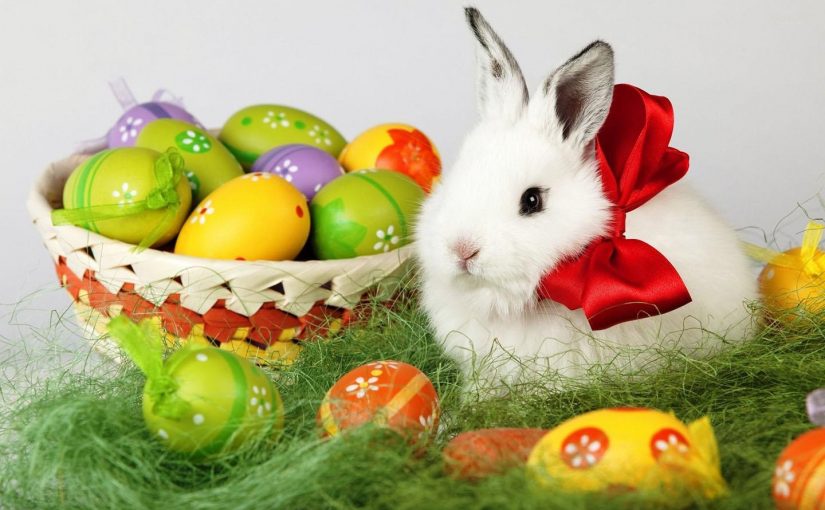 EASTER SUNDAY, A CELEBRATION OF NEW LIFE: Symbolized by marzipan/chocolate eggs and bunnies amongst other things like hot cross buns which recount an engaging story of crucifixion and resurrection!

By A Special Correspondent

IN GOA even non-Christians wait for Lent to be over so that they may feast on hot cross buns during Easter. Not to forget the eggs of marzipan and chocolate! The story of Easter is not so much in the eating but in the remembrance of things in history gone by and in memory of a man who fought a just war for his people and for his pains got crucified by the tyrants of his time.

This then is the story of Easter. A story of a man who was crucified and his resurrection to life anew to light the torch of Christianity. It’s also the story of hot cross buns and eggs, springtime, and love in the air tinged with a bitter sweetness. Some of the Hindu bakeries start retailing hot cross buns early, from Monday onwards, to make a killing! Most Christians of course will eat a humble hot cross bun on Thursday evening or Good Friday morning.

It is the resurrection of Christ which is celebrated by Christians on Easter Sunday. They believe the Son of God died for all evildoers and evildoing and three days later returned for the Christian gospel to be spread far and near. Although, mind you, the word Easter itself comes to us after some pagan goddess of springtime festivity in the pre-Christian era.

Dating is difficult to do for much of history is oral history and Jesus is said to have been crucified around the Jewish Passover festival which dates back 4,000 years. Interestingly, the Jewish people observe Passover in memory of how their God rescued them from slavery in Egypt. Jesus was a Jew and his family undoubtedly observed Passover. It’s said he was crucified during Passover which is also celebrated as the Jewish new year (14-15 day of the month of Nisan, the Jewish calendar is based on the lunar calendar).

Easter Sunday marked the resurrection of Jesus and thus the celebration was added on to Passover. Festivals which evoked bitter sweet memories with Jews and the early Jewish Christians marking them by getting together to feast on bitter herbs along with sweet something. After all aren’t the best memories bitter sweet and enshrined with a timeless education?

The story goes that even in pre-Christian pagan times, people relished hot baked buns, but after the death and resurrection of Jesus the Christian community took to marking the buns (symbolic of the moon) with a cross. They must have been pretty austerely wholesome in the old days and made out of little more than whole wheat flour, some fat, a bit of salt and molasses, and yeast perhaps.

In our times of course, hot cross buns are mostly made of refined flour and grossly stuffed with tutti frutti (which is merely coloured bits of raw papaya). Good bakeries throw in raisins and currants and maybe cinnamon to raise the hot cross buns a notch above the purely functional. The cross, of course, remains, so that once in a year as Easter comes around we remember the history of Christianity.

At Easter time the Christian community also bakes other temptations apart from the most famous hot cross buns which we still see in England.  Simnel cake is also baked during Easter and this is a rich fruit cake covered with marzipan. The 11 marzipan balls atop it represent the 11 faithful disciples of Jesus.Sometimes there’s a layer of marzipan at the centre of the cake too. Some folk make pancakes on Shrove Thursday and in Denmark they have Shrovetide buns.

In Italy, Easter means feasting on salty pretzels, in Russia they make blini pancakes topped with creamy fruity sauces and in Greece they make orange almond cake with spicy orange sauce poured atop it. Believe it or not, in Christian Ethiopia they prefer to breakfast on lamb soup come Easter Sunday morning, but they also make pancakes called “injevo” and “dabo” sour dough bread.

In Goa it’s hot cross buns and as Easter Sunday comes around these are distributed in homes Christian, Hindu and Muslim. Most children love hot cross buns and even the tutti frutti in them. The price of hot cross buns range from `5 to `15 depending from which bakery you get them. I get mine from Vincent Dias’ Cremaux at the Panjim market. One may  dip chunks of hot cross buns in one’s cup of tea to enjoy – in memory of a  man worth remembering and worshipping. For he lived and died for what we call human rights around the world today. We could say he was the first Christian of Christianity!