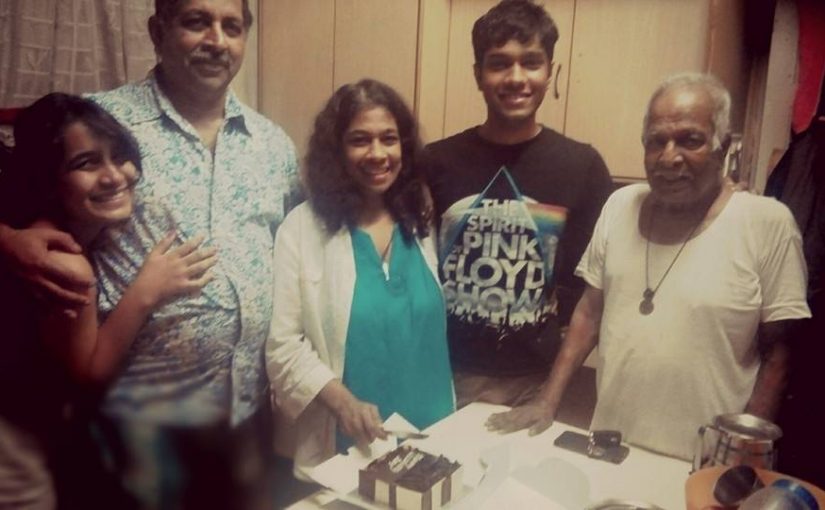 BISMARCK’S LEGACY: Bismarck Rodrigues has given the world more than just 90 years of music. Having founded a family of musicians he has ensured that his music will endure for generations more

HE MUST have strummed the strings of countless guitars during all his ninety youthful years and neither he nor the strings have lost their magic as long as he is in command, as long as every guitar follows the orders of the master maestro Bismarck Rodrigues, the man from Goa who works magic with music and has enchanted and enthralled thousands of music lovers down the long years. He has made music richer with his devotion.

It is a miracle to see him hold the guitar in his strong hands like he must have held his beloved once upon a time.  His beloved now listens to his loving call and gives him all the love he deserves for all the love he has given to music and to life.

And what is the best thing about him is how he has passed on the magic to his family. His daughter, Moreen, is one of the best pianists I have heard or seen play, his son-in-law Ashley, my long lost friend that I have been lucky to find, is at his best when he is with his guitar, and so is Master Bismarck’s son, Christopher, who is a name in the world of guitarists. And now his grand-daughter, Trishya, is also a pianist at eighteen. Sitting with this family while they create and teach music to little girls like Mysha and Nyria who are only five and four but are born to play and honour music and his melody, is like watching a patriarch with his passion for music still intact at ninety.

I had the experience of a lifetime listening to Bismarck strumming any one of his many guitars which are the only decor of his drawing room. He once taught big stars like Nutan and composers of whom he is very proud, especially Ehsaan Noorani of the Shankar-Eshaan Loy trio of Hindi film music. He has also trained some of the biggest tycoons of the city who have always had the greatest respect for him.

He is naturally not as young as he used to be. He has health problems and has to go in for dialysis twice a week, but he doesn’t miss a single session with his students, whose numbers only keep growing. And the grand children of men and women who he once taught how to play the guitar, now want to learn only from the Master.

On any morning, Bismarck is at the Sacred Heart Church bang opposite his age-old flat in New Life Housing Society. And his voice is the one that reverberates through the age-old church where his name is legend. It is high time the world of music recognises him as one too..

And what is the secret of Bismarck’s longevity and high spirits? A full Goan breakfast, a large peg of feni specially sent to him from Goa, a hearty lunch, strictly non-veg, a two hour-long siesta, then four hours of working with students, followed by the family Rosary, two large pegs of the best Scotch and a delicious Goan dinner, again non-veg, and finally to bed at 10 pm to wake up at 5 am to be in time for Mass.