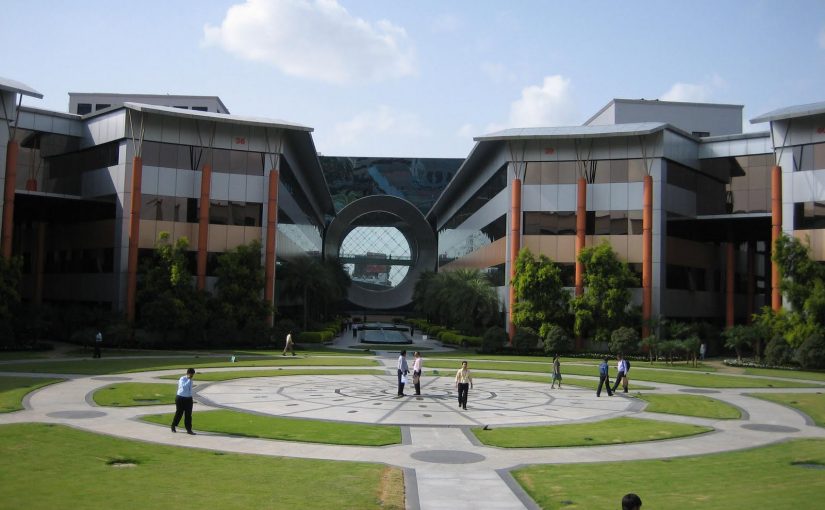 PARADISE LOST: Many IT companies including Infosys and Wipro are downsizing resulting in the loss of thousands of jobs following the curbs on visas by the United States and the United Kingdom

Sabke sath, sabka vikas has not happened even three years after Narendra Modi became prime minister. The industry has still not recovered and jobs are shrinking in key areas like the IT Industry and even manufacturing

CALL it a mere coincidence or an act of smart political timing. On Tuesday, a series of raids at houses of Congress leader P Chidambaram and Rashtriya Janata Dal (RJD) leader Lalu Prasad Yadav and the evening presser of Finance Minister Arun Jaitley launching the clean money portal, together offered an excellent package to reaffirm Prime Minister Narendra Modi’s image as an anti-corruption, anti-black money crusader—right at the 3rd anniversary of his ascension to power.

This was a political master stroke as it leaves no room for the Congress-led opposition parties to level counter-attacks to spoil Modi’s 3rd anniversary party.

LET’S focus on the black money part and try to look at evidence to find out what the Modi government’s three years, including the November 8, 2016, demonetisation crackdown, did to the so-called black money in this country. Start with Tuesday’s presser.

The government said it has brought 91 lakh taxpayers in the tax net and detected undisclosed income worth `23,144 crore in the six months post demonetisation.

Any achievement in the battle against black money, however small it is, and any measure that helps widen the tax base, is laudable. But, gloating over it is premature and a major blunder. Why?

Because, what you are dealing with is a much larger problem and what you have achieved in three years looks like a pygmy compared with the size of the target. To understand this, let’s look at some of the estimates of black money in India. To begin with, the government doesn’t have (at least in public) any solid estimate of the black money in India, including the component in cash.

But, that is not so with some of the top economists, who have been hardcore supporters of demonetisation. They have assumed that cash component of black money itself will be around `5 lakh crore.

“Clearly, at least from the perspective of its effectiveness in dealing with the black money issue, success has to be measured by the sum of tax revenue generated and black money destroyed. Suppose we accept the estimate that one-third of the approximately `15 trillion in demonetised notes is black money,” Bhagwati and his co-authors said in the piece.

Based on this assumption, they also worked out the gains the Modi government would have had if demonetisation exercise is successful — around `2.5 lakh crore. Here’s how they arrived at this figure.

Remember, Modi demonetised `15.44 lakh crore high value currency notes of `500, `1,000 notes on November 8, 2016, constituting 86 per cent of the running currency in the system. Bhagwati’s calculations on demonetisation gains look good on paper. But is it anywhere close to reality?

After 6 months of demonetisation, what have we come to? Undisclosed income worth `23,144 crore. Assuming Bhagwati and his authors did the research before penning the estimate and the arrived figure is anywhere close to the actual black money in the system, what has the Modi government achieved in six months of demonetisation is only 1/22th of the illegal wealth present in the system.

Remember, we are talking about only the black money in the form of cash, not even other assets such as gold, real estate and investments in financial instruments. The ultimate revenue to the exchequer from these tax cheats will be lesser. The three schemes launched by the Modi government so far have not had much luck. Even the even under Pradhan Mantri Garib Kalyan Yojana (PMGKY), the government managed to garner just about `2,300 crore. (Against expected tax of `50,000 crore to `100,000 crore under the PMGKY)

Instead, these windows offered an escape route to tax cheats with relatively minimal impact on their ill-gotten wealth. So, all in all, what we have gained so far in black money battle is pittance compared to what is at stake. This analysis is not to undermine the efforts by the Modi government on black money battle but to show how little we have achieved so far.

IT IS a no-brainer to understand that tax cheats won’t easily give up their ill-gotten wealth unless pushed to the corner. Self-declaration has hardly worked in the past. For the same reason, one needs to wait and watch to see if the clean money portal works to government’s benefit.

Even now, there are big loopholes present in political funding for black money hoarders. Crooks can still make thousands of `2,000 political donation coupons and legitimise their black money passing it to a political outfit, perhaps created only for this. This remains a big gap in the battle against black money. Also, the channels for large benami transactions in real estate and other assets remain open. Going ahead, these will emerge as challenges for the Modi-government.

Besides these, as Amit Kapoor, chairman for Institute of Competitiveness, argues in this article, Modi’s war on black money will be incomplete without taxing farm income.

“Post-demonetisation, a Parliamentary panel raised concerns that there was a rise in the number of cases with farm income higher than `1 crore. The Modi government’s fight against black money will be rendered incomplete if the agricultural sector is not brought within its ambit,” wrote Kapoor.

The black money war launched by the Modi government against tax cheats is indeed laudable and it has succeeded in bringing the topic of black money into public debate in a big way. The Modi camp also knows how to time the announcements well like the launch of the clean money portal on Tuesday at the third anniversary of its 2014 election victory. Such steps keep the buzz on and send out a strong signal to wrongdoers that even the mighty and powerful can fall in front of political determination.

THE new Index of Industrial Production (IIP) series, with the base revised to 2011-12, tells us that, in the period December-March of 2016-17, manufacturing growth was the lowest compared with the same period in the past five years.

This is very likely a result of the hit taken by the sector on account of demonetisation. The new IIP data does not include the informal sector; so the slowdown shown by the chart is in the organized sector. The informal sector would have been hit much harder.

IT SECTOR NO LONGER THE GOLDEN CHILD

INFOSYS, Tech Mahindra and Wipro, which went on hiring frenzies when times were good, are today in the process of laying off thousands of their workers across various locations and experience levels. Increasing levels of automation, changing business models and costlier visa regimes are forcing these and other software companies to hire fewer and fire more employees than ever before.

Bengaluru-based Infosys will lay off over 3,500 senior and mid-level employees. According to sources within the company, employees in job level 5, 6 and 7, which consist of technical lead, technical test lead, senior architects, group project managers, project managers and delivery managers have been asked to quit. However, this will be done in a phased manner, over the next couple of quarters, sources said. Infosys currently has two lakh employees.

Tech Mahindra is expected to lose about 7,000-8,000 employees in one of the biggest layoffs in the company’s history, sources told BusinessLine. The company had 117,095 employees till the end of December 2016. It has sacked a thousand-odd employees this month.

Similarly, a few weeks ago, Cognizant unveiled a ‘separation plan’ for 10,000 employees people or about 5 per cent of its staff. And Wipro said it would lay off 500 employees after what it called a ‘rigorous performance appraisal’.

All this bad news comes amid slowing growth for IT companies. Infosys, for example, had reported subdued earnings for the March quarter and gave a weak forecast for 2017-18. Overall, the industry is pegged to grow at 8-10 per cent this year, against 12-15 per cent earlier. Add to that, use of robotic process automation in almost every field within the IT sector is cutting down requirements of human intervention by more than half, rendering tens of thousands of people redundant and their skillsets obsolete.

The situation is made worse by increases in H-1B visa fees and tighter visa restrictions in the US, the UK, Australia and Singapore. Indian IT services companies say their costs are rising but customers may not be willing to pay.

“Increases in visa fee will lead to cost increases, but we don’t know if we can pass them on to customers. Our business is not an elastic model wherein I can increase the cost and the customer will pay me automatically. Most of our value proposition is based on the value we create for them,” Mindtree CEO Rostow Ravanan said.