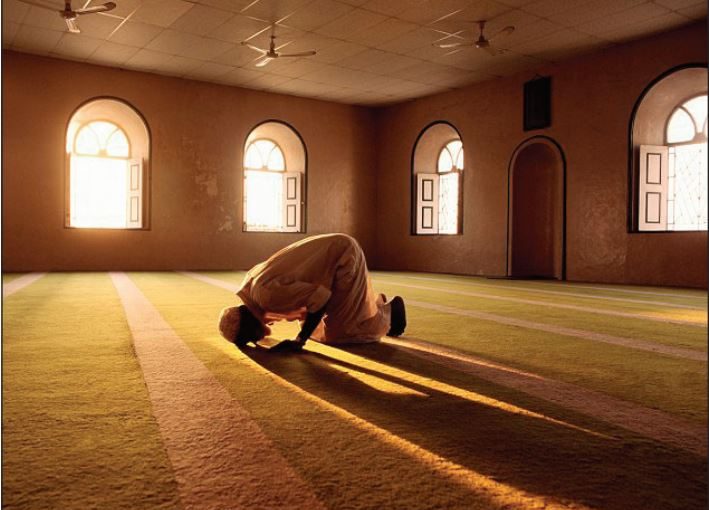 ENLIGHTENMENT: Muslims fast during the holy month of Ramadan for religious reasons, but they benefit not just spiritually, but physically and mentally too

In this article, MEENAZ BHANU shares her thoughts about Ramadan and the benefits people get from fasting with a pure heart, out of true love and devotion

RAMADAN offers a golden opportunity to Muslims for immense transformation within themselves. Mid-way through Ramadan a Muslim who has fasted solely to please the Creator, will realise the transformation taking place slowly within him. It is the month of makeover of souls and it can also be stated that it is the month of emancipation of souls from the servitude of the worldly life towards spirituality.

Ramadan is the 9th month of the Islamic calendar and is considered the holy month because “The Final Guidance for Humanity — The Holy Quran” was revealed in this month. Allah the Almighty has commanded his people to fast during this month and it is one of the five pillars of Islam (The other pillars are Shahada, the declaration of faith; Salah, the 5 daily prayers; Zakat or almsgiving, and the Hajj, which is pilgrimage to Makkah if one can afford).

Fasting is a unique form of worship which is solely between the slave and the Creator. None else can discern the honesty of the fasting person except God Almighty. Allah says in the Quran in chapter Al Baqarah verse no. 183 “O you who believe! Fasting is prescribed for you as it was prescribed for those before you, that you may attain Taqwa (God consciousness)”.

In this materialistic world man has involuntarily become the slave of many aspects of life. When a person starts fasting during Ramadan with pure intentions, it frees him from the lust and luxuries of this worldly materialistic life. It awakens the inner consciousness of a person, and builds inner power of self-control and frees him from the slavery of many elements of the life. Let us consider the following aspects

DURING fasting one cannot eat from dawn (a light meal called suhoor is taken before dawn) to dusk (the breaking of the fast after sunset is called iftaar). The word saum in Arabic does not only indicate being hungry by abstaining from eating and drinking and physical relationships, but also refraining from actions such as telling lies, fighting, arguing, smoking, gossiping, watching or listening to bad things etc. During this period the person fasting suppresses negative habits and in its place practices inculcating virtuosity. During Ramadan even the most wicked should try to refrain from doing bad deeds out of fear of Allah who has admonished his people regarding the sanctity of the month of Ramadan. This makes him realise the true value of this worldly life and he apprehends that everything in this world is in obedience to the Creator and similarly his life too is under the control of Allah Almighty. This frees him from the slavery of love of this worldly life and its temptations.

Moreover it is considered as the triumph over the forces of evil by restraining oneself from human needs and desires which are otherwise lawful for man. A Hadeeth(prophetic saying) narrated by Bukhari(peace be on him) says “when the month of Ramadan starts the gates of the paradise are opened and the gates of hell are closed and the devils are chained”. Hence it is month which helps promote goodness and suppresses evil thought and action.

IN THIS 21st century man sleeps more than his requirement, and eats more than the size of his stomach, which in turn gifts him with many diseases.

Today research shows that the Islamic way of fasting helps instil habits that promote a healthy and simple lifestyle which reduces the risk of lifestyle diseases. During the other days, man loses his patience if he does not get food in time, or if somebody wakes him up at an odd time.

However, during fasting, man is bound not to eat whenever he wishes and has to wake up early to eat the pre-dawn meal. Though it may be difficult for him to wake up so early, he gets up because of the blessings of the suhoor meal and the fear of hunger pangs which he might get during the day while fasting. His uncontrollable eating and sleeping habits becomes organised and regulated.

It also makes him feel the condition of the poor people who are not able to fulfil their physical necessities because of poverty. This helps him to tame his body and gives a boost to his mental faculties.

AS RAMADAN arrives Muslims get more attached to the Quran. They start worshiping more. This makes it easy for them to control their uncontrollable desires.

Those who are usually extremely attracted to music, television serials, or movies also either completely stop or at least they try to minimise wasting time on those things. Imam Al Gazali said fasting produces a semblance of the divine quality of “samadyah”(freedom from want) in the humans.

It makes one conscious of the importance of time and hence he uses it for constructive purposes.

IN TODAY’S material world, spirituality is absent in all spheres of life. With his presumably fast life, driven by technological development, man has lost confidence at an individual level to face the surprises and challenges of life. Even the person, who reached the moon, had somebody in authority over him.

Human life in the present era is at the abyss of indignity. Man is a slave to capitalistic forces in life — he fears the local goon of his area, he fears revenge for his political ideology, he fears loss of economic well-being unless he pleases the local masters or politician — the truth is that today man is leading a life under constant fear and seeks to please one and all to be in their good books, even if it means that he compromises on the divine principles of life.

In the month of Ramadan, when the man develops spirituality within himself, he has the opportunity to break the shackles of all kinds of fears and can devote his life to seek the exclusive pleasure of God Almighty. The quality of Taqwa (God consciousness), which started growing within him during the self-transformation period of Ramadan, takes him closer to God and instils the needed confidence to face life.

Generally we see that when we start doing something constantly for one month we get used to that routine and it develops into a habit.

Hence, when a man starts refraining from activities which made him lose the value of time, and when he starts regulating his activities, it becomes habitual for him. This makes it easy for him to follow the positive things which he developed during Ramadan for a longer period. Thus it is the month of self-regulation.

This is the period when man realises that the God given power of “freedom of will” and accordingly “freedom of action”, are to be used intelligently based on God’s guidance, and not to blindly follow the ignorant who have no regards for the commands of God.

When a person who fasts realises the essence of fasting, he is able to free his soul from all kinds of worldly defects and blemishes developed within himself and then he is able to move his soul from materialism to spirituality i.e towards God consciousness, which is the only solution to the problems faced by humanity from the first human being to the end of the universe by the Creator.

So, Ramadan is the month of transformation and emancipation of the human soul from all kinds of slavery and to reinforce servitude to the Creator of the Universe. So, if a man wants to continue with this sort of freedom throughout his life he needs to be consistent on the values he inculcated within him during Ramadan.

Only then can true Taqwa (God consciousness) or true spirituality be attained.