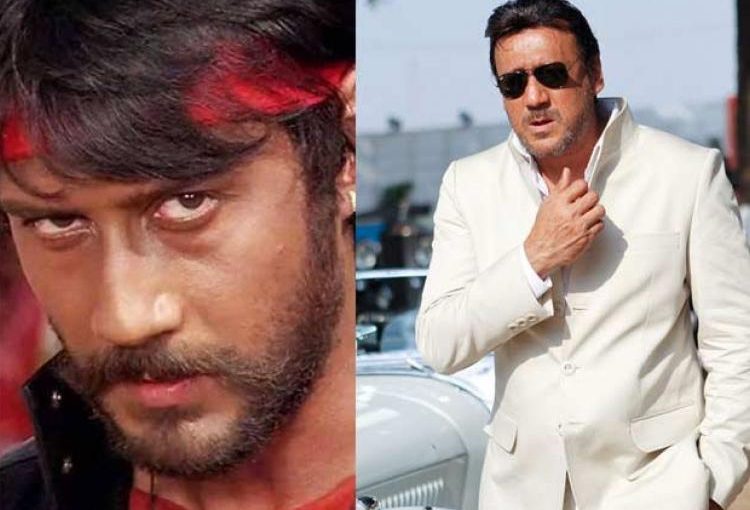 Jackie Shroff rose from being a local goonda to one of the most respected stars in the industry. Jackie remains the aam adami as we discovered when he was asking the media for a beedi during a function at the Marriots, connected with IFFI

SOME thirty years ago he was known as “Jaggu Dada Teen Battiwala”, a modern day Robin Hood who specialised in going out to get into trouble so as to get others out of trouble. They called him “Dada” — because that was what men who created trouble in their area, got into gang fights and were feared by the peace-loving people, were known as. There were no “Bhais” those days. He together with his elder brother, Hemant ruled their area, Teen Batti in Central Mumbai (very close to the Raj Bhavan, the Governor’s house). There was not a single day when either Hemant or Jaggu Dada were not involved in some fights and “lafada” (trouble). The local police station had their names on its list of troublemakers. After sunset was the time that Jaggu Dada, always dressed in black, with black boots and a black ‘patta’ (band or bandana) around his head, was on the prowl with his ‘boys’. But there was no case or story of either Hemant or Jaggu Dada harassing or ill-treating women. They always treated women with great respect. They also treated ‘Gentleman-log’ with the same respect. They were only after wrongdoers, who were handled so badly that they never crossed his brother’s  path again and never dared to come anywhere near Teen Batti.

This ‘raj’ (reign) of Hemant and Jaggu Dada continued till Hemant died. His death impacted Jackie and after contemplation he decided to change his way of life. He wanted to be a normal peace-loving man. He decided do something and be someone in life and fortunately his past never came in his way again. Jaggu Dada was a transformed man, a Valmiki of our times. He was Jaikishan Shroff, a son of a small-time Gujarati astrologer father and a Nepali mother who loved her son Jaggu for whatever he was.

Jackie’s father was sure that his son would make it big one day but he never thought of his becoming a film star. Jackie was very close to his mother who kept praying for him to change and become a good man and in what a way her prayers have been heard. Jackie believes his life changed because of his mother’s constant prayers and blessings.

The new – born Jaikishan was a dashing and handsome man who was a the hero of every young woman in the area, some of whom were secretly in love with him, but Jackie fell in love with Ayesha, a ‘high society ki ladki, who reciprocated his love. Their love story took the entire neighbourhood by surprise.

Jaikishan now wanted a job desperately, some job, any job to make a respectable living. He had no great qualification to be proud of, “mushkil se SSC pass kiya tha”. Some of his friends and well wishers, together with Ayesha who was a leading model, asked him to try modelling. He got a photo session and then with friends like Suhas Khandke, who was also a leading model, he made the rounds of all the leading modelling agencies in the city, met modelling coordinator and left his photographs with them.

Soon enough the offers kept coming in and he was ranked among the leading models doing some major ad campaigns. Charminar cigarettes were one of the products he modelled for. The banner with his full handsome figure showing him at his best caught the eye of Dev Anand. He was impressed by him; he found him, met him and offered him a leading role in his film, “Swami Dada”. Jaikishan who was now called Jackie Shroff jumped with joy. He was a great admirer of Dev Anand who he even tried to imitate in his way of blessing and his manner of speaking. Dev Saheb liked him but the role he was offered was also wanted by Mithun Chakraborty who was more popular and also saleable. Dev Saheb had accepted Mithun offer because he was also willing to work free for him. Dev Saheb told Jackie about his problem but Jackie was not disheartened. He was just happy meeting and spending time with his childhood hero. Dev Saheb however did not have the heart to break Jackie’s heart and offered him a brief role in the film which Jackie accepted gladly because he just wanted to be the hero. Little did he know what wonders that brief scene in ‘Swami Dada’ was to do for him.

Subhash Ghai was planning a new film called ‘Hero’. He approached all the star-sons who were ruling then who quoted prices he could not afford he was just launching Mukta Arts, his own production company. He took a bold decision to cast new comers in his film. He happened to see Jackie in that brief seen in ‘Swami Dada’ and found him to be hero material. He found him and then groomed him to be what a hero should be and launched him as his hero in his film, ‘Hero’, Meenakshi Sheshadri, a one time Miss India winner, was rediscovered by Ghai and cast as Jackie’s heroine. Jackie worked very hard. He realized how tough it was to be an actor in films. There were several times when he felt like giving up and running away but Ghai calmed him down and gave him the courage and the confidence to stay on and conquer. The film was released in 1983 and was what they call a super-duper hit in the business and Jackie was accepted as a hero in real life too. The film and its great success took Jackie to unbelievable heights of success.

Jackie knew he was in competition with all the star-sons and all the other young heroes of the times. He was not in a mood to give-up now. He was not going to yield to despair but fight all the obstacles in his way and emerge a winner and that was what he turned out to be, a winner all the way. He was known the most popular the most wanted and a highly paid star. He soon moved out of his ‘kholi’, his one room tenement and shifted into a sprawling apartment facing the sea and was a neighbour of his mentor, Subhash Ghai. However he never forgot his roots. He has still kept his ‘kholi’ under lock and key and visits whenever he has the time.

Jackie has never been talked about as a great actor by critics, but he has consistently proved that he can be very good when he has worked with directors like his mentor Subhash Ghai, Vidhu Vinod Chopra, J. P. Dutta and Priyadarshan, all of whom had the ability get the best out of him.

He has been successful all the time and the reason for his success are his good behaviour, his discipline, his understanding the problems of his producers, his knowing of his own strengths and weakness and his spreading love and goodwill among everyone, from the spot boy to the producer. At one stage Jackie and Ayesha started a production company and launched their own banner but they soon realized that production was not for them.

Jackie is still a popular actor and is aware that he has to change with the changing times. He has the humility to play supporting roles like that of the father of the hero or the heroine. He is also game to experiment with different kinds of character, like the role of the villain in Ram Gopal Varma‘s disaster of a film, “Sarkaar 3”. As of 2015 Jackie has appeared in more than 207 films in 10 languages (Hindi, Konkani, Kannada, Marathi, Oriya, Punjabi, Bengali, Malayalam, Tamil, Telugu). He even played the role of Satya Sai Baba! Humility is Jackie Shroff’s the second name. How history will treat him and what place it will give him is not what he is worried about. All he knows is the present and the best he can do in his life now and in the years to come.