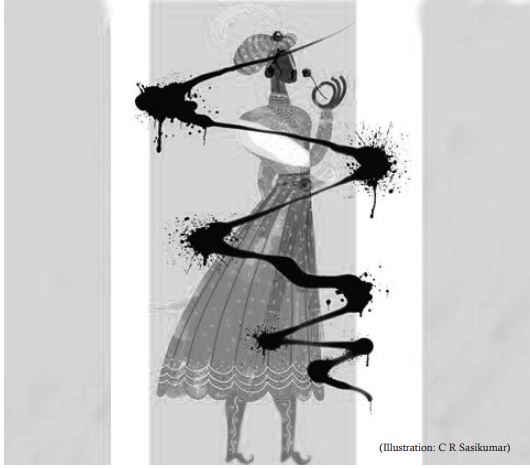 DEMONISED: Modern-day Hindutva historians have demonised Mughal emperors though many of them, like Akbar, were secular and tolerant towards people of all religions

Were the Mughals really evil? Did Indian rishis build an aeroplane? Hate and prejudice are heavy burdens to put in our children. Instead, why not teach them to question, dissent and debate?

THERE is a 10-year old boy in Pune who likes my books so much that he has asked me out on a date. There is also a 10-year-old girl in Canada who thinks I am evil because I praised Akbar.

It is the second child who is making me lose sleep. Two questions keep running through my head. How is a 10-year-old living in peaceful and tolerant Canada capable of such virulent dislike of Muslims? And who taught her to hate?

As a senior citizen who still writes for children, I make sure I listen to them fi rst. My email is there in my books, and, when I meet them in schools, I do not lecture; I let them talk. They return the compliment by patiently treating me as a greyhaired idiot who can’t manage a smartphone. They spot my wobbly knees and gallantly carry my purse when I climb stairs. They run and get me glasses of water. Most children are civilised creatures, instinctively caring and gentle.

That is why this Canadian girl worries me so much. It began with a mail saying that on a visit to India, she bought my book on the history of India as, “I felt so proud of my ancient culture and rich history”. Then, she discovered to her shock that I had not mentioned the exploits of Peshwa Baji Rao I, “who gave a tough and brave fight against the atrocities of Mughal rulers and was successful”.

I pulled out the book and checked. There was a large section on the Marathas, but I had not specifically mentioned any Peshwa. I wrote back explaining that as I was packing 5,000 years of history in one book, I only mentioned people who had changed our history. Baji Rao defeated a weak Mughal army and it did not change anything. He was not Shivaji.

My antenna had gone up at the use of the word “atrocity” as it is not a word a 10-year old will use easily. So, I asked her if she had a problem with Muslims, gently reminding her that the Mughals, especially Akbar, were, in fact, pretty tolerant people. There was Jodha Bai and Birbal, Todar Mal and Man Singh all hovering around him. Also, that kings, including Hindu Rajputs, fought with each other all the time because that was expected of them in that period.

I don’t think a word I wrote registered. Now the reply was very angry. Why don’t I write a “real history of India” because, “Mughal rulers who were never fair rulers and always caused destraction (sic), killed women and children and did not follow any ethics are called in your book an (sic) great emperors.”

By now, I was getting suspicious and asked her if the mails were being dictated by a parent. This has happened to me before and I am learning to spot it. For instance, the mails were very long and a child usually gives up after half a dozen sentences. Then the phrasing, dripping with contempt and aggression, seemed to be the voice of a bhakt who was part of the “demonise Akbar” brigade. She refused to answer and I gave up.

What is adding to my disquiet is that this is happening often. Children are asking me questions like these — Isn’t the Taj Mahal a Hindu temple? Didn’t the Indian rishis build an aeroplane? Aren’t the Aryans from India and didn’t they go off and conquer Persia and the Middle East? Didn’t Aurangzeb destroy lakhs of Hindu temples? Now, these unproven facts are not to be found in our textbooks. Clearly, it is something they are picking up at home.

So, there are parents who are fi lling their children’s minds with prejudice and hatred of the other — Muslims, Dalits, dark-skinned people, women, the people from the North East, the LGBT community, and, now, everyone who eats beef. Have you noticed how the list keeps growing? I would like to ask these parents — how are you different from the Islamic fundamentalists teaching children to kill?

Once taught, hate and prejudice become a part of a child’s character. Remember former BJP MP Tarun Vijay’s comment about woman from the south with dusky skin? The prejudice went so deep he could not stop himself even in front of a camera. Why do Romila Thapar and Wendy Doniger make some people explode in rage? Because Thapar can demolish their frail arguments with one imperious sentence and Doniger knows better Sanskrit than they do. Their work shows genuine scholarship, and, of course, they are both disobedient women.

I am still waiting for some good historical writing from the sanctimonious right that is not based on mythology. The problem is that well-researched, well-argued books take a lot of hard work. It is easier to demonise Akbar and Jawaharlal Nehru and co-opt Sardar Patel, BR Ambedkar and, most surprisingly, Bhagat Singh who, by the way, was an atheist and a passionate socialist.

The core problem is that genuine intellectuals cannot emerge from organisations that put an emphasis on superstition and obedience. If you do not learn to question, debate and disagree, then how can you research and come up with original ideas? When I am wandering around libraries, all I fi nd in the stacks are books by the old gang of evil historians. So I am back with the enduring RC Majumdar and the wonderful AL Basham and Percival Spear; the challenging Irfan Habib and the delightful Shireen Moosvi, who, by the way, adores Akbar like I do.

I wish historians of the right would join the debate and write books critical of Akbar and Nehru. But then, their arguments will have to be supported by archaeological and documentary evidence and troublesome things like footnotes, bibliographies and an index. How about demolishing Jadunath Sarkar’s theories on Aurangzeb? That would be a book worth reading. But then, who wants to sit in dim libraries full of dusty tomes when it is so much easier to fulminate on Twitter and throw tantrums on television?

It’s not like politicians do not write on history. Nehru wrote the incomparable A Discovery of India in prison. Maulana Azad wrote about the freedom movement. Even today, Shashi Tharoor and Jairam Ramesh are writing books. But then, they were students who were encouraged to question and argue, not march around in khaki shorts, obediently chanting slogans.

Oddly, that angry Canadian girl made me remember a very strange rightist bhakt. In the 1970s, there was a gentleman named P. N Oak, who was hell bent on proving that all Islamic monuments in India were, in fact, built by Hindu kings. My father met him somewhere, and, with typical Bengali love for the eccentric, must have listened patiently to his theories. I really don’t know why Oak thought my doctor father, who was an expert in malaria, could influence historians. But soon, we were being bombarded by postcards covered in tiny handwriting about his theories, which Baba would give to our gang of cousins for entertainment.

I wish I had kept those postcards, they were priceless.