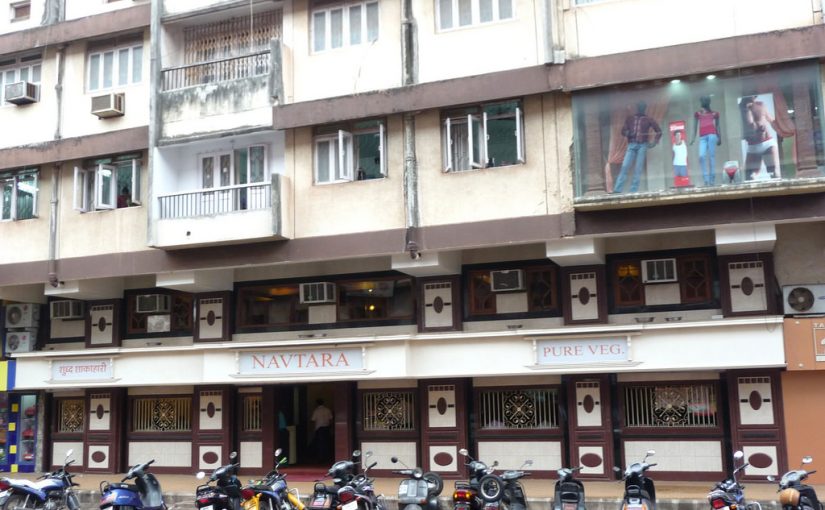 The GST is an action replay of demonetisation. The worst affected are the poor and the unorganised sector. Just as the poor could not purchase anything as no one was willing to give change for `2000, the small trader is now forced to have a computer with internet connection to file his GST returns 39 times a year or more

The principle behind the GST is as commendable as the logic behind demonetisation. The logic behind the sudden withdrawal of `500 and `1,000 notes was that the bulk of the black money in the country was presumed to be stored in the form of black money. Under the demonetisation scheme it was required that all those who had `500 and `1,000 notes should deposit the same in banks with an explanation for the source of the income that they represented. This affected the poorest of the poor the most, as they kept their savings at home in currency, either because they did not trust banks or they could not do all the paper work. Under the know your customer (KYC) norms, half-a-dozen forms have to be filled, and apart from that the pan card and the Aadhaar card proof of residence has to be provided for opening accounts in a bank.

India has been a cash economy and not a credit card economy like the rest. At the time of demonetisation less than 5 per cent of India’s population of over a 100 crore had even bank accounts, forget about debit and credit cards. Even those who opened bank accounts under the Prime Ministers Jan Dhaan Scheme had no money in their account when demonetisation took place. Because though they were earning money they were not saving enough to put it in the bank. Or they were daily-wage workers whose salary would be cut if they took time to go to the bank and deposit their money.

The prime minister wanted a population which is semi-literate or illiterate, to overnight switch from cash transactions to the digital world. While it is true that almost 40 per cent or more households in India, even in rural areas, have a mobile phone, you need an internet connection and a smart phone to undertake most digital transactions. Forget about rural areas, even in Panjim, half the time when we call up our banks to find out our balance we are told that the systems are down because the server is sleeping. On Ramzan day, Monday,  June 26, 2017, all our BSNL internet connections were down. We were told that this was because the employees had a holiday and therefore they forced downtime.

In the case of demonetisation the `500 and `1000 notes were withdrawn without creating an adequate stock of new notes which could be exchanged. When people went to the banks to exchange their old currency they were given new `2000 notes which were useless to them, as nobody would give them change for `2000. The worst affected were small restaurants and shops which did not have sufficient change to return to small people who made small purchases.

As in the case of demonetisation, in the case of GST also there is total confusion. Forget about traders, even manufacturers do not know what is the new tax rate. They do not know what to do in the case of items like loose food grains or even kajal and bindis on which the tax has been reduced. They had bought several items at the higher rate. And had paid the higher value added tax when the rates for these items were reduced by GST. Who will compensate them for their losses when they are forced to sell stocks bought at a higher rate at a lower rate?

I went for a cup of tea at an Udipi restaurant which has an air conditioned (AC) section and a non-air conditioned section. I and my friends went to the AC section while my driver prefer to sit in the non-AC section. When I got my bill I found that I had been charged 9 per cent of Central sales tax and an additional 9 per cent of state sales tax which added up to 18 per cent. But in my drivers bill the tax was only 15 per cent. This is because under the GST the non-AC restaurants have to pay tax at 15 per cent while the AC sections have to pay 18 per cent. When I asked the owner of the restaurant he told me that he was going to charge a uniform rate of 18 per cent because he could not prepare two sets of bills and challans for 18 per cent and 15 per cent for the AC and the non-AC section respectively. Alternatively he will have to make the entire restaurant AC or non-AC.

On Saturday I also went looking for a doctor, because my throat was dry and I could not drink or eat anything. I do not know what the GST on the consultation fees of doctors is. I recall that it was more than 18 per cent. It will not affect the GP as I do not know of any GP in Goa who issues a receipt for consultation. But the hospital which he referred me to for further tests had a problem. This is because there are different rates for different services such as blood tests, x-rays, CT- scans etc. While radiological procedures attract 28 per cent GST blood tests come in the 15 per cent GST category. So the hospital has to have different vouchers for different procedures. Similarly different drugs sold by the pharmacy attract GST at different rates. A stent used for a blocked heart may attract 18 per cent while the knee transplant might attract 28 per cent. An ordinary crocin tablet may attract GST of only 5 per cent while an antibiotic may attract GST of 18 per cent. The pharmacy owner was totally confused and now he is selling all drugs at the old prices even though the GST on many of them has come down.

EXORBITANT: If you check into a 5-star hotel and opt for the American plan, which includes all meals, you’ll have to pay 28 per cent not only on your room, but also on your food. You’ll save money if you book only the room as the GST for the restaurant is only 18 per cent

The most absurd part of the GST is that it favours the rich or the very rich, and discriminates against the poor. If you buy a scooter which is the vehicle of the aam aadmi you will have to pay more, because the GST has gone up. If you decide instead to buy a small car like the Alto and Wagon R you will save a few thousand. But if you really want to save a lot of money you can buy a Jaguar or a Mercedes on which the savings is a few lakhs.

On the one hand because of demonetisation Modi wants everyone to go digital. But for some odd reason best known to Modi, internet and computer processes have become high. So have the bank rates. Not only for withdrawing money from ATMs but even from your own account at the bank. Even to deposit money you have to pay the bank.

The government wants to promote a pollution free Goa. Which means encouraging people to switch from wood and coal fires to LPG. But with GST LPG will cost more as the GST has been increased to 5 per cent and the subsidies has been reduced. So much so, the domestic gas cylinder will cost you `32 more. For the moment.

Similarly there is great deal of confusion on the GST rates. There are items which do not attract any GST which used to attract several taxes earlier, like milk grains and lassi. There are items like fruits and vegetables which attracts 5 per cent GST. As far as we know there was no tax on foods and vegetables. There are other items which attract GST of 12 per cent and 18 per cent. Though the highest slab is 28 per cent, the state and the centre together can levy taxes up to even 40 per cent. The rates are not rational as many of them affect the poor more than the rich, though it should have been the other way round.

This is okay for big companies with lots of accountants and staff. But how is the poor kirana wala and the person managing the milk booth, who is also selling ghee, going to keep track of all the sales? In the first place he has to get into the habit of issuing receipts, which very few shopkeepers are doing now. And at the end of every month, he has to electronically, through a computer, file the returns. All this means is that more middlemen will come up and the expenses of the small shopkeeper will go up further.

It is good news only for charter accountants and for any BCom graduate who is smart enough to apply and get a license to become a GST service provider. This is like the racket of specialised agencies that are set up to help you to file your tax returns and, if you are a company, get a digital signature. The agents charge as much as `5,000 for the digital signature which has to be renewed every year.

Tax evasion is rampant. Except in malls very few shopkeepers or even small restaurants give you a receipt. It is a good idea to bring everyone into the tax net. But forcing small shopkeepers, who are selling household items or drugs, to file hundreds of returns is madness. It will not work because filling of forms is not a part of our culture. And you have to be a young ustad to be able to fill forms online. Which is why the General Service Tax, which is hailed as a revolution, stinks!.

GST WILL REPLACE THESE TAXES:

THE IMPACT ON PRICES

The price of branded jewelleries and textiles will go up

Premiums for renewing insurance policies will go up

Services of banking and investment services will cost more now

Services of DTH, WIFI and booking tickets online will see  a hike in prices

Prices of health care will go up

School fees will go up

Courier services will be costlier

Commuting through rail or metro will be more expensive

Dining out will be more expensive

Air conditioner, now taxed at 32 per cent will be in 28 per cent tax slab

Toothpaste, hair oil and soap will fall under 18 per cent tax slab instead of 28 per cent as they are taxed now

Cereals are exempted from the previous 5 per cent

Prices of car batteries will fall.

Prices of cement and paint will decline likely