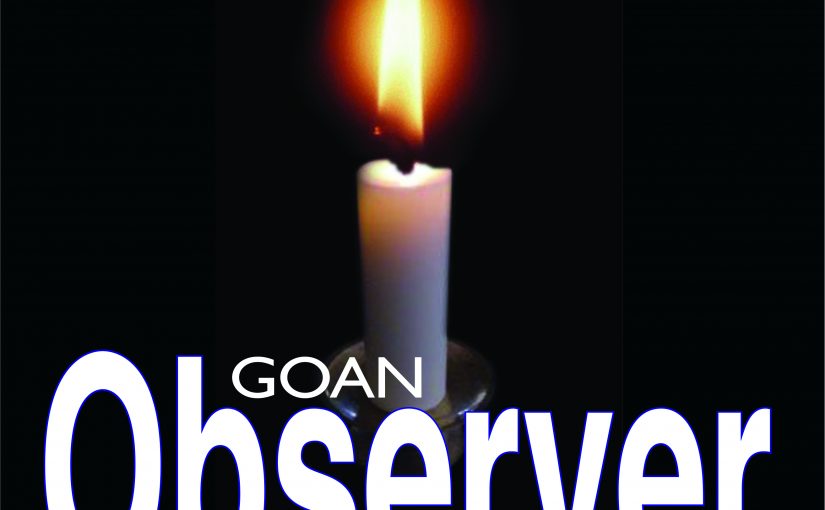 On achieving the ripe old age of 70 years on July 4, 2017, RAJAN NARAYAN reminisces and muses on his constant fight ‘to live or not to live’. He says “I decided that I need to continue to live in order to fight to preserve the freedom I have enjoyed for my children and my grandchildren!

ON BECOMING a dinosaur… I do not know the age at which dinosaurs qualified to be called senior citizens. It may have been 700 years as dinosaurs are suppose to have long lives. I presumed that the human equivalent for the aging dinosaur should be 70. Which is the age barrier that I cross on Tuesday, July 4. There was a time when all my friends used to refer to the date as the American Independent Day. But now with Donald Trump as president, only my enemies will remind me that I was born on American Independence day. This is because under Donald Trump, America is no longer independent.

I am not happy about continuing to live beyond the age of 70. In fact at 69 when I had a cardiac episode I was quite angry with the cardiologist for refusing to give up even after giving me 30 shocks. What you see in Hindi films of doctors ironing your chest is literally true. When your heart stops or goes into an over drive — like mine did — they do give you electric shocks with an iron-type of instrument. The shocks are given when you are conscious and really rattle your body. Every time only body rattle I had hoped that it would be my death rattle as I had no desire to live in the land of Narendra Modi and Amit Shah. In a land where a 15 year old can be taunted and killed just because he is a Muslim. In a land where people can be assaulted for refusing to say Jai Hind. A land where the government deprives you of the choice of eating the food you want to eat. A government which first steals your money through the demon of demonetisation and then tortures you by making you feel thousands of forms under the name of One India One Tax — which in practise has become one India three million forms. A country which does not tolerate freedom of speech.

When my good doctor friend in GMC would not give up and brought me back to life, I saw a ray of hope. Elections were due in 2017. I put my heart and soul into getting the Bharatiya Janata Party (BJP) and the Sangh Parivar defeated in the 2017 assembly elections. I worked with other secular friends to put together a coalition which would include the Goa Forward and Independence like Rohan Khaunte. I worked to attempt to get the discredited and undeserving Congress MLAs elected. Not because they are lesser chors. But because at least they are not likely to murder young people because they are wearing a skull cap and a beard. I was delighted when the BJP managed to get only 13 of the 40 seats in the legislative assembly of Goa. But in front of all our eyes the BJP under Amit Shah and Nitin Gadkari stole the government by exploiting the greed of Vijai Sardesai and Rohan Khaunte.

I was even more disturbed when I read in the Express on Monday that a Muslim working for a Software Company in Bangalore was asked what was there in his sandwich. When he told them that it was of course chicken, they did not believe him as being Muslim they thought the filling would be beef.

But then when I woke up to a brief flash of sunlight on Tuesday morning, I felt deep within myself that I should continue to live on to fight. To fight those who are destroying the secular democratic fabric of India. Fight the lunatics and the fanatics who will not let you speak right or think what you want to. Fight the lunatics and fanatics who are trying to destroy our golden Goa. We, the dinosaurs, have to do the fighting because the young people do not seem to care. Because the young people are more interested in the newest smart phone and the newest bike. Because the young people, as the Abba song puts it, are only interested in money and more money and even more money. We have to fight not for ourselves but for the young people. So that the generations yet unborn, your children and your grand children and their grand children will continue to enjoy freedom to dress as they please, to eat what they want, to speak and write what their hearts tells them and to learn to love their neighbour irrespective of whether she is Hindu Catholic Muslim or Buddhist. This is my birthday resolution. I may disagree with every word that you might say. But I will fight to my death for your right to disagree with me. I will continue to fight to live to live to fight.

As it was said of Hitler and the Nazis, first they came for the Muslims. Then they came for the Catholics. And soon they will come for you and steal all your money. Whatever is left after demonetisation and GST. The corporates that are silent over the growing intolerance will not be safe from Modi and his Nazis. Which is why they should support independent media like the Goan Observer.