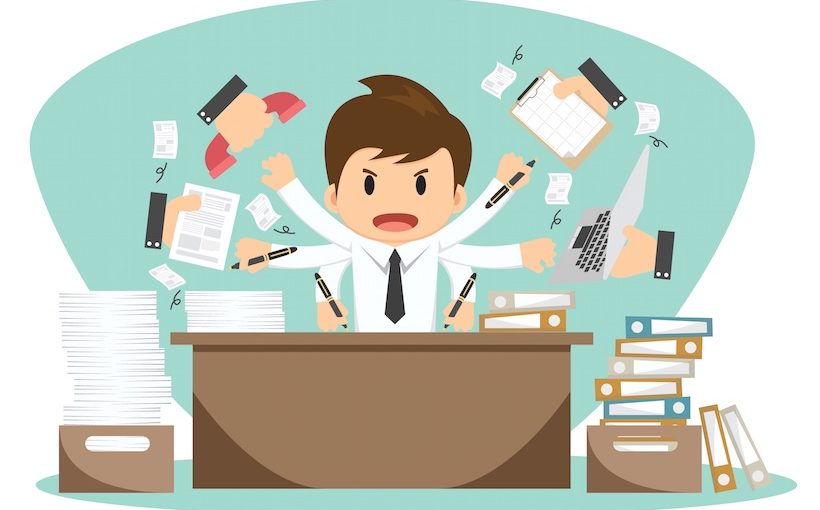 A not so recent study on burnouts of BPO and Information Technology industry revealed the youth of our nation who more often than not are thought to chase after a better quality of life than their predecessors aka the parents, often get caught in the gnarly web of high paying jobs and the lure to work for big technological corporations. This way of life has quite often proved to be a double-edged sword to the mental health of the youths who overwork themselves into an early fugue state. Unless you have a passion for this particular sector you cannot find the light at the end of the corporate tunnel.
While it is true everyone has stressful days at work. Monday blues are still a thing. But its a cause for concern when Monday blues morphs into an everyday thing. Where employee deplores the prospect of showing up to work on any day.
A recent study has revealed employee burnout is quite common in the competitive world of the tech industry. Unfair compensation, overtime, unreasonable workload are all contributing factors for the employee to finally throw in the towel after sustaining years of mental and physical exhaustion.
Kulkarni GK. in an article “Burnout” published in Indian Journal of Occupational and Environmental Medicine 2006 said “that rapid change of the modern working life is associated with increasing demands of learning new skills, need to adapt to new types of work, the pressure of higher productivity and quality of work, time pressure and hectic jobs are increasing stress among the workforce.”
Let us look truth in the eye here, if you didn’t have an ardent passion for the various facets of the IT industry, you were doomed to be a burn out even before you began the journey. The industry demands every ounce of your diligence. So gone are the carefree days of your youth, welcome aboard the IT train where your the blood sweat and tears should ooze huge lucrative benefits for the organization your working under or you will be deemed irrelevant in your field.

Muralidare Keshav Murthy, a veteran of the IT industry who’s been in the thick of it for decades and who now runs a Startup tech company Peertone technologies ventures into the crux of the issue. He believes people who get into the field are either driven by the passion for the job or greed. while the former thrives at the curveballs thrown by the tech universe, the latter who do not possess any natural talent or inclination towards the sector, lack the skills to overcome the deterrents of the job.
India has soon emerged as an IT superpower touting its strengths in the face of the impressionable youths. Their sole calling in life, as they are led to believe by their socio-economic circumstances that they have been enveloped with since adolescence is to pursue a better quality of life. More money equates to a better quality of life, the math in this equation is not completely flawed. However, in order to gain access to the various benefits that they have to offer you have to put your job first and everything else has to play second fiddle to that.
We are required to put in the requisite eight hours in our jobs, but then comes the overtime carrot that’s always been dangled in front of us. If you put in more time you just make more money it’s simple as that. The youth get so easily swayed by the prospect of making big money at an early stage in life, that they overwork themselves to a state of exhaustion. Despite the drawbacks, they end up staying because to them the rewards are higher than the risk. The fear of losing out on a good thing keeps them in the field until they sustain a huge blow to their mental health. They keep at it until eventually are forced into an early retirement as their performance takes a toll.
Murthy says the IT profession or any profession that revolves in the realm of technical services is a matter of an acquired taste. The Indian software industry is a product industry. The end game here is to sell the talent of an employee on an hourly basis. To squeeze out the rivulets, in order to increase the profit margin. People who are naturals in the field end up working for the love of the job of their own violation while others falter and get left behind. The stress of the job eventually catches up and you end up in the local watering hole drowning your troubles into a stupor. It indeed becomes a gateway drug as the employees use it as a crutch to deal with the pressures of the job. Work hard and party hard becomes a mantra that keeps them going. The only solace in the dark winding road paved with exhaustion.
Murthy further adds the unrealistic expectations that come with the territory of completing a project in the least amount of time possible, drives certain individuals up against the wall at an early stage. The employees end up burning the midnight oil night after night as they are driven by the fear of being benched by the manager if they fail to live up to their exacting standards. Yet people who do not possess a natural predisposition to work in this sector get into the field regardless of the ramifications as they are lured not by the zeal for the job but by greed.

An HSBC study on the hopes and expectation of parents on their children’s education. According to the study, the most important goal that Indian parents have for their children is that they build successful careers in their adult life.
As third world country, many of us haven’t been bestowed with the good fortune to always chase after our dreams with gusto. From adolescence, we are led to believe chasing after your passions, especially in a field where the payout isn’t that big, is akin to chasing a pipe dream. So we’re better off to pursue a career which is ladened with security and great monetary benefits. People in India have waxed poetic about the various attributes of the IT industry since the dawn of its inception ergo the impressionable youths just climb aboard the train hoping the destination will be worth the price they pay for the journey. For some who fall in love with the journey it’s quite simply the boon but for most who get into it due to socio-economic pressures end up physically and mentally depleted at the end of the journey.
Many of us can attest to the aforementioned analysis as we have had front row seats to this particular movie. Some of us have had the misfortune to be cast as main leads in the show where the need of the hour – to make fast money at warp speed – takes precedence over the true passions of our lives. Some of us have borne witness or played stately therapists to the woes of the casualties of this field. The field that swallows unsuspecting youths whole and spits them out after wringing every drop of their time and effort that’s been used to increase the corporation’s efficiency at an exponential scale.
The great Chinese philosopher Confucius once said, “Choose a job you love, and you will never have to work a day in your life,” as many of us who are prone to ignore or sometimes roll our eyes at the profound nuggets spouted by the great philosophers, this one went right above most of our heads. Perhaps it’s time we pay heed.
As Samir Kelekar, founder of Technotrends Pvt Ltd, said: “You need to be passionate about It to do well in the profession. People who enter due to the glamour don’t last.”