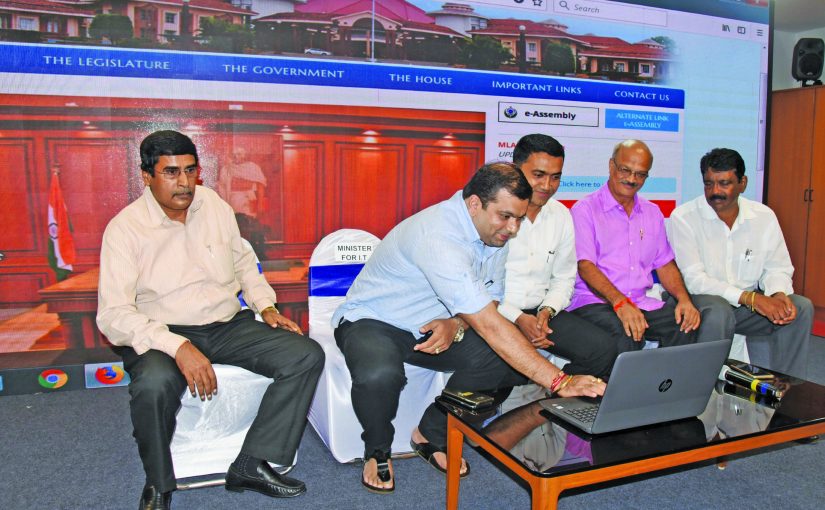 GOA Governor Mridula Sinha should direct that Goa’s ailing ministers, including Chief Minister Manohar Parrikar, should immediately be examined by the medical board at the Goa Medical College, to certify whether they are medically fit to discharge their constitutional duties and responsibilities. Even a peon in government service needs a doctor’s certificate before resuming work after a health ailment.
It is also high time the govt makes public the health reports of all ailing ministers because the public is entitled to know all this, because it is public tax-payers who are paying the huge medical bills of politicians, and in the last few months CM and his ministers have been posting health bills which must be now running into crores.
And CM Parrikar on his return to Goa should forthwith focus on all the unfulfilled promises that he had made to the people of Panaji constituency, which includes Ribandar. If from New York the CM was monitoring Goa around the clock, he should be able to perform much better at ground level.
— Aires Rodrigues, Ribandar

MASS FAILURE?
MINISTERS have a magical power over all of us. No one is immune. No one will admit it. Mass failure of 8,000 aspirants for post of accountants in Goa government has elicited many responses, citing poor educational standards in the state to just stopping at blaming the aspirants. Do we seriously believe this?
Failure of all 8,000 candidates means something stranger than the kidney ailments in Canacona and we are nonplussed? There must be an investigation. The individual mark sheets must be disclosed and evaluated: Not just a summary as has been done. How can we allow ourselves to be fooled so easily? People seem to take sadistic pleasure in the elected MLAs saying Goans can’t compete with others! We can blame the poor government on people who take cash for votes: What about cash for jobs?
There are candidates who passed the exam the previous year but were not given jobs. There is an oral part to the test carrying 15 marks that can turn your ranking either upwards or downwards. There are candidates who answered both the previous year and the latest exam, some cleared the former but not the latter. Candidates say that even if they pass the written exam they need to shell out up to Rs 20 lakh for the job. This is no peanuts. Why no investigative journalism here?
Which minister says Goans only seek government jobs and cannot compete with other states? Which minister looks after this department? Has the minister responsible fallen sick and another hijacking the same?
See the audacity: They can cast aspersions on the caliber of students of the whole state of Goa just to get their pound of flesh. And no one dares to question them. See the control they have over all. That is what they can and do speak anything in the Assembly: They have power over us, even if we do not want to admit it. We have seen the power of ministers in the formalin case: No arrests and blatant fudging of tests. Yet we can blame poor education for the mass failure but not even doubt he misuse of a minister’s power to declare all candidates failed? We blame poor education for the mass failure but not even doubt the misuse of a minister’s power to declare all candidates failed! Don’t doubt, investigate, demand the disclosure of the mark sheets.
— R Fernandes, Margao

EDUCATE MR MODI!
I DON’T blame Mr Modi for his ignorance! For this man was born after Independence and therefore has no clue of the struggles that millions went through to establish a democratic republic. Indeed, he could go gallivanting to the mountains of the Himalaya in his youth because of this independence.
It was Jawaharlal Nehru’s policies which ensured that even in young new-born India people like Mr Modi could go travelling around the country “discovering their purpose,” as opposed to today when a little 11-year-old girl is crying for a meal of rice. It was people like Varghese Kurien and Lal Bahadur Shashtri who promoted a real Gujarat model: One that ensured vikas without killing and butchering people. It was this foundation that you inherited, when you became the CM of Gujarat.
It was the infrastructure building done by successive prime ministers that even brought a train station to your town: For all your self-obsession about having sold tea at a station, don’t forget who built that damn station in the first place.
It was Mrs Gandhi who conducted the first nuclear tests: That is the reason for India being a military superpower and the reason that foreign leaders are forced to hug you no matter how uncomfortable they are doing so.
Mr Modi: It was on the backbone of the IT revolution pioneered by Rajiv Gandhi that you’ve managed to build your image on social media. Were it up to you and you ilk, we would still be forced to use carrier pigeons today. Ironically, the MTNL which we built was systematically destroyed by Pramod Mahajan of your party when Reliance launched.
It was Dr Manmohan Singh who opened up the economy: This allowed free-enterprise to flourish in India. Had it not been for this liberalization, you would have no Ambani and Adani to pander to anymore! It was due to the Congress, Mr Modi, that you had a peaceful childhood and adolescence without the fear of riots, arson and lynchings. The fact that you weren’t forced to become a sword wielding karyakarta was precisely because of law and order we ensured. It’s an altogether different story that it took you merely one tenure as CM to destroy all of that.
And remember: It was the Constitution drafted by Dr Ambedkar which created a free country and democratic institutions, the same institutions that have prevented you from becoming a despot. We systematically built this country, Mr Modi. While we weren’t perfect, at least we did it with the best of intentions and hard work. You and your ilk on the other hand are doing nothing but trying to ruin the foundation of this country.
It is funny then that you try to quote the Mahatma in your speeches: After all, he too was a Congressman. And it’s very posh when a worshipper of the Mahatma’s killers invokes his name shamelessly.
You ask: What has the Congress done in the last 70 years? Next time you ask that question, look in the mirror. And remind yourself about this very inconvenient fact: That everything you and your megalomania are trying to destroy today was built by the Congress. While you systematically try to destroy democracy to suit your selfish ends, remember that it was us who built and safeguarded this democracy piece by piece with innumerable sacrifices.
And when you question Rahul Gandhi, remember that this young man witnessed the gruesome deaths of his grandmother and father. A sheltered like you won’t understand what that kind of loss and pain means. But don’t ever forget: It was hateful ideologies like yours which led to their death. While you spent your youth in immense safety travelling the country, this young man grew up with constant threat to his life and family. And this young man responds to all your barbs and disgusting remarks only with love, kindness and affection.
Therefore, don’t ask us what we did in 60 years, Mr Modi, we built democracy and institutions — the same institutions which now make you insecure as they hinder your divisive and authoritarian ambitions!
– Saket Gokhale, INC, New Delhi