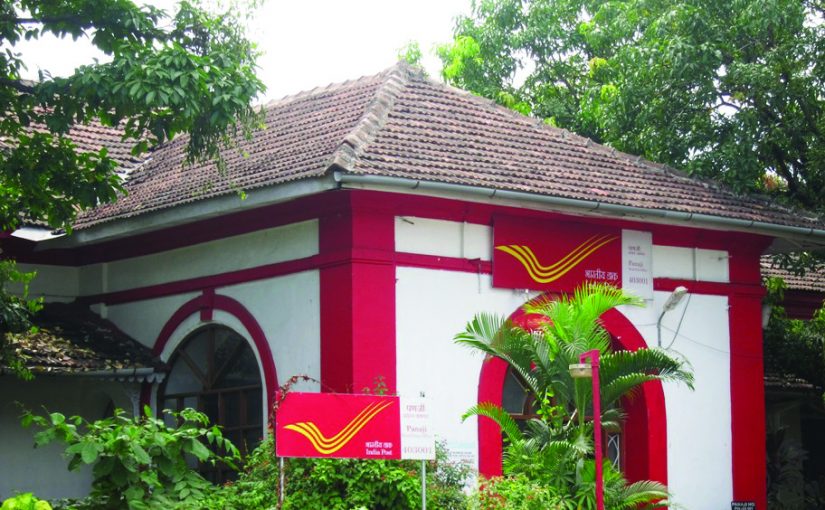 INDIA Post Payment Bank (IPPB) was launched with fanfare in Goa and the country over on Sept 1, 2018. It’s part of eventually arriving at a zero cash economy, Prime Minister Narendra Modi’s dream for India. Zero cash economy! Getting there will take some time but it’s part of the game plan and speaking at the Goa launch at a long-drawn out post-lunch function on Saturday afternoon at the Menezes Braganza Institute hall, Governor Mridula Sinha waxed lyrical about how it was a red letter day for ultimate vikaas. She said it was a “bada utsav” (a big celebration) and now “kranti aayegi“ (progress will come).

There was a live depiction of Prime Minister Narendra Modi launching the new scheme — Payment Bank — at a national forum. The good news is that postal departments long since perceived as languishing out of the spotlight…are now back in action in the limelight with India Post Payment Bank. IPPB is a banking scheme which will operate in collaboration with postal departments with 100% equity with the government.

Local post offices the country over and in Goa will also double as banks for the common man in the last village. Currently IPPB centres and units are coming up, most premises attached to post office space. This rejuvenation also gives the humble postman a new lease of life to make sure that everyone gets banking services at their doorstep. Speaking at the inaugural function in Panaji, Postmaster General of Goa Region, Dr N Vinodkumar, explained the raison d’etre for IPPB.

In India it has been estimated that about 20 crore people do not have a bank account and 60% of them are women. IPPB is for them, they will be able to open an account with zero balance (no penalties at all!) and operate it with the help of the local postman or postwoman. All that would be required is their “angoota chaap” by way of biometric identity — right at home they will be able to save money upto `1 lakh (attracting 4% interest) and withdraw money in small sums with the local post person facilitating banking transactions with a human touch. Postal staff will be equipped with smart phone device with biometric identity inputs and QR cards.

In terms of numbers the IPPB will have 650 branches across the country which will be managed by 90,000 strong staff…with 1,54,882 access points for IPPB. Salaries are being upgraded with a key postal staff earning a minimum of `10,000 per month for services rendered.

In Goa, revealed Mr Vinodkumar, postal services date back to 1844 and their 175th anniversary will be celebrated in 2019. Goa has two main post offices, namely in Panaji and Madgaon but with 258 access points they will have 650 employees working in the field with smart phone devices to service citizens who open an IPPB account, “in three days we have already opened 2,000 accounts.” He promised all systems working smoothly by year-end.

Visit the General Post Office in Panaji and they have a brand new IPPB premises attached, spacious and brightly lit. Branch manager Chetan Kumar here offered more insight into how IPPB will operate through centrally controlled “call centres” set-up at 162 post offices, 95 of them in south Goa. Most then 60% to 70% of the accounts registered so far are from village addresses in Goa, “we are also targeting the migrant labour.”

Migrant groups, he explained, usually finds it difficult to open a regular bank account for want of documentary evidence like birth certificates, house addresses, ration cards, guarantors, “They may open an IPPB account even with zero balance just with their Aadhaar card number…” Migrant labour, students, rural householders, small kiraana shopkeepers — all stand to benefit with an IPPB account (no mandatory minimum bank balance here as with regular banks who collected something like `350 crore by way of penalty from account holders for not maintaining minimum balance).

It’s left to be seen how much the common man and woman takes to IPPB banking but from the sound of it what’s there not to like — when your local postman is on call and comes home to you for collecting deposits or dropping off cash you need for daily expenses? There’s more but from the sound of it, it’s no longer going to be an uphill frustrating task to open a bank account with the government as godfather!

OPEN an IPPB account, it’s as easily done as in a blink of an eyes or so to speak. As Goa Governor Mridula Sinha urges, an IPPB account may well be the beginning of “bada parivartan” at your doorstep.

WITH Manohar Parrikar’s health woes keeping the party on their toes, the BJP Goa Core Committee met yesterday at Mapusa. The latest worry is Thursday’s hospitalization that may require yet another visit to New York.
Some BJP Goa sources say that the chief minister wants to maintain existing arrangements, however they have communicated the emerging critical situation of Goa government to national party president Amit Shah. The BJP core committee is expected to take a call after keeping Central leaders in the loop.

Calangute police have filed a FIR against MLA and Deputy Speaker Michael Lobo for allegedly assaulting a 54-year-old man from Calangute on Wednesday. The victim, Kevin D’Souza, who is a part of the anti-PDA movement, had to be sent to GMC for medical treatment.

The State government earlier this week notified the two amendments to the laws governing their salaries giving effect from April 1 this year to a whopping 70% increase in their take-home pay packages.

Legislators, who hitherto got nearly `1 lakh a month will now take home `1.7 lakh after The Goa Salary, Allowances and Pension of Members of the Legislative Assembly (Fifth Amendment) Act, 2018 came into force from Monday when it was notified by the Law Department.