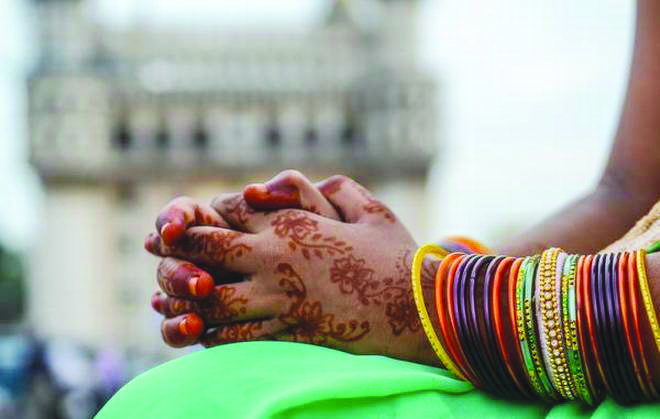 IPC Section 497 made adultery a crime in cases where a married woman had sex with a man other than her husband, penalising only the ‘other’ man, unless the husband gave his ‘consent’!

A five-judge Constitution Bench, led by Chief Justice of India Dipak Misra, in four separate but concurring opinions on Thursday September 27, held that adultery is not a crime and struck it off the Indian Penal Code.
Chief Justice Misra, in an opinion for himself and Justice A.M. Khanwilkar, observed that Section 497 (adultery) of the Code “commands” married couples to remain loyal to each other.
A matter of choice
Two individuals may part if one cheats, but to attach criminality to infidelity is going too far, the Chief Justice observed. Besides, there is no data to back claims that abolition of adultery as a crime would result in “chaos in sexual morality” or an increase of divorce.
How married couples deal with adultery is “absolutely a matter of privacy at its pinnacle”, the Chief Justice wrote.
Loss of moral commitment in a marriage creates a dent in the relationship, but it is left to each individual to deal with the problem — some may forgive while others may seek divorce. Punishing each other or the wife’s lover is unlikely to re-kindle

commitment, the judgment said.
Section 497 treats a married woman as the commodity of her husband, the Bench held.
Adultery is not a crime if the cuckolded husband connives or consents to his wife’s extra-marital affair. Section 497 treats a married woman as her husband’s “chattel”.
The provision is a reflection of the social dominance of men prevalent 150 years ago, the judgment said.
Section 497 archaic: Justice Nariman
Justice Rohinton Nariman, in his separate opinion but concurring judgment holding that adultery is not a crime, said Section 497 made a husband the “licensor” of his wife’s sexual choices.
Justice Nariman listed out countries which had repealed adultery as a crime, starting with the People’s Republic of China. Justice Nariman, member of the five-judge Constitution Bench that delivered the judgment on Thursday striking adultery of the Indian Penal Code, said Section 497 is archaic and based on the chauvinistic reason that the “third-party male” has seduced the woman, and she is his victim. Justice Nariman took the case of a woman who is on the verge of getting a decree of divorce. “If, she has sex with another man, Section 497 still makes the ‘other man’ guilty of adultery.”
“Husband is not the master… Obituaries should be written of these historic perceptions,” Chief Justice Dipak Misra observed.
‘Codified patriarchy’
Justice D.Y. Chandrachud, in his separate view, termed Section 497 as a “codified rule of patriarchy”.
Marriage does not mean ceding autonomy of one to the other. Ability to make sexual choices is essential to human liberty. Even within private zones, an individual should be allowed her choice, he observed.
Society imposes impossible virtues on a woman. Raises her to a pedestal. Confines her to spaces. Objectifies her and says she should be pure. But society has no qualms to commit rape, honour killings, sex-determination and infanticide, Justice Chandrachud admonished.
Justice Chandrachud’s opinion transcended from a mere quashing of Section 497 to a judicial document on the centuries-old

struggle of women against patriarchy. One of the headings in the judgment is titled ‘The Good Wife’ — a woman who should not complain even if her husband has a relationship with another woman.
Though adultery is considered to be an offence relating to marriage, the wife of an adulterer has no voice of her own, no agency to complain. If the woman involved in the extra-marital affair happens to be single and has no husband who is wronged, the law treats the situation with total unconcern, Justice Chandrachud pointed out.
The Bench also held Section 198 (2) of the CrPC, which gives the cuckolded husband the exclusive right to prosecute his wife’s lover, manifestly arbitrary.
Justice Indu Malhotra, reading her opinion the last on the Bench, held that Section 497 is based on the Doctrine of Coverture. This doctrine, not recognised by the Constitution, holds that a woman loses her identity and legal right with marriage, is violative of her fundamental rights.