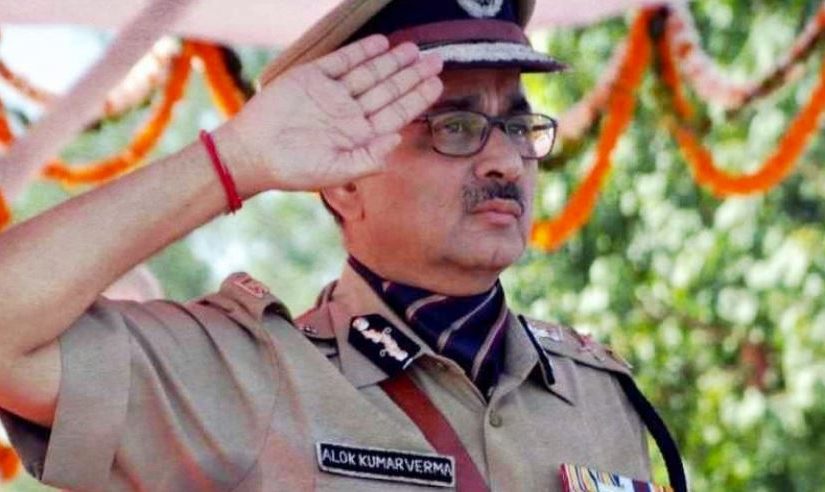 VICTIMISED: CBI Director Alok Verma is allegedly being victimized for asking the defence secretary for details of the Rafale deal based on a complaint by prominent citizens headed by former BJP Finance Minister Yashwant Sinha

Hearing the petition of CBI Director Alok Verma against his midnight ‘forced leave’ on October 26, the Supreme Court ordered the Central Vigilance Commission to complete the probe into the allegations against director Verma within two weeks. The Court said this investigation must be conducted under the supervision of retired Supreme Court judge AK Patnaik. Meanwhile, Nageshwar Rao, who is the interim CBI director, has been restricted from taking any policy decisions.

Those who know him say Alok Verma is an ordinary man in an extraordinary situation. Divested of his powers as CBI Director in a midnight move by the government, he has emerged as a rallying point for the Opposition. He is also being hailed as an anti-corruption crusader since his forced leave has come in the wake of an FIR he filed against his deputy, Special Director Rakesh Asthana, for alleged corruption.
Only, none of his former colleagues saw it coming. Reticent and reserved, and regarded largely as a “status quoist”, the 1979-batch IPS officer from the Union Territory cadre was never seen as one spoiling for a fight. Until this latest episode, which has seen two of the most senior officers of India’s premier investigation agency engaged in an unprecedented battle of one-upmanship, resulting in them sitting out as the Supreme Court takes a call on Verma’s position.

Verma’s entry into the CBI wasn’t without its share of serendipity. The CBI was then being run by Rakesh Asthana as interim director. Senior lawyer Prashant Bhushan filed a petition in the Supreme Court against this arrangement and on directions of the apex court, the government picked the most uncontroversial and low-key candidate from among the senior most IPS officers shortlisted for the post.
“We could have never imagined that one day we would see him engaged in such a public fight. Even in Delhi Police meetings, when he was Commissioner, he would be very brief. Always soft spoken,” says a Delhi police officer.
Born in 1957, Verma spent most of his childhood in a government colony in Delhi’s Pusa Road. After St Xavier’s School in Civil Lines, he graduated in history from Delhi University’s St Stephen’s College.
At 22, Verma cleared the civil services exams in his first attempt. The youngest officer of the 1979 batch of the Union Territory cadre, he chose a career quite unlike that of his elder siblings R K Verma and P K Verma, who entered the restaurant business and established Delhi’s first Chinese restaurant chain, The Golden Dragon.
But Verma shares his brothers’ passion for food. “He is a foodie. Like a true Dilliwala, he knows each nook and cranny that serves good food — where you get the best kachoris, parathas and sweets,” says a Delhi Police officer.
In his 38-year career in the IPS, Verma has served across Union Territories and Northeast states — from Goa and Mizoram to Andaman and Nicobar and Delhi.
His stint in Delhi was largely devoid of any key posting — barring a three-year stint as DCP of South Delhi and a one-year stint as IG New Delhi Range and of the Crime Branch — until he took over as DG of Tihar Jail in August 2014 and then as Commissioner of Police of Delhi in February 2016.

While in the Delhi Police, Verma took up causes on behalf of the lower constabulary, clearing 21,000 promotions. This made Verma so popular among the lower constabulary that many still have Verma’s photo as their DP on WhatsApp.
In fact, most of his colleagues, including those considered close to him, find it difficult to list the big cases he has solved or the major crises he handled. “The biggest achievement of his career has been the CBI Director’s post,” quips a former Delhi Police commissioner.
“He was so reserved that he never networked much. But he is a lucky man. He became Tihar DG, Delhi Commissioner and CBI Director, an end-of-career graph to envy,” says a senior Delhi Police officer.
Verma is among the few CBI Directors without a prior stint in the agency. Even his vigilance experience in the Delhi Police was of only a year.

So why would a quiet man with no apparent political backing take on the might of the government?
Those close to him say they are not surprised. “Verma saab is an emotional man. If you mess with him, he will mess you up,” says a senior police officer who has worked with Verma in the CBI and was witness to the tension between him and Asthana.
Retired IPS officer Dharmendra Kumar and CRPF Special DG Deepak Mishra learnt this the hard way during their tenure in the Delhi Police. Favoured by then Delhi CP BS Bassi, the two officers fancied their chances for the top post. Verma, then Tihar DG, was the senior most officer in the race.
Verma’s tenure at Tihar was then going through a troubled patch, with frequent reports of violence and suicides among inmates. There was also the embarrassing episode of two inmates fleeing by digging a tunnel. All of this got a lot of negative press, which Verma believed was the handiwork of Police Headquarters PRO Rajan Bhagat, acting allegedly at the behest of Kumar and Mishra.
As soon as Verma became CP, he divested Bhagat of his responsibilities as PRO. However, since Bhagat also had the charge of the Crime Records Office (CRO), he continued to sit at the headquarters. “One day, when he came to his office, he found all the chairs missing. He got the signal and shifted to the Kamla Market office of the CRO,” says an officer.
Verma then called Mishra and Kumar for a meeting. During the meeting, Kumar’s phone happened to vibrate. Verma, sources say, threw a fit and warned Kumar that he would not tolerate this again. “Both Kumar and Mishra chose to take postings out of Delhi Police,” says an officer.
“He is generally nice and accommodating, but if you ruffle his feathers, you won’t find a worst enemy,” says a senior Delhi Police officer considered close to Verma.
Whether with Asthana, Verma is being vindictive or fighting his last battle to save his dignity will be clear on November 12, when the CVC submits its probe report with the Supreme Court and the latter takes a call on his job.