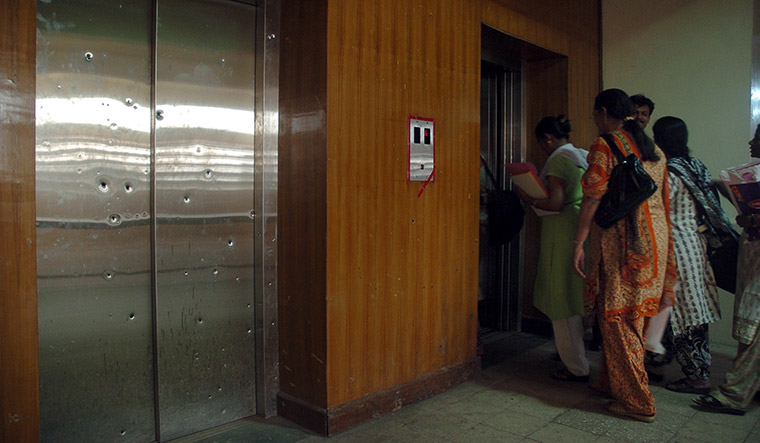 SIEGE: The sixth floor corridor of Cama hospital where Date and his team engaged Kasab and another terrorist. The 5-star luxury Oberoi hotel at Nariman Point and the Taj at the Gateway of India were among the other targets of the terrorist group

We have not learnt any lessons from the terrorist attack on Mumbai on November 26, 2008. It may be recalled that a group of 10 Pakistani terrorists sailed all the way to Mumbai and held the city under siege for three days. Among the targets were the Cama Hospital near the Police Head Quarters, VT Station and the Taj and the Oberoi hotels. Goa is very vulnerable as any of the 5-star hotels can be targeted by terrorists who attack from the sea. Here we are carrying a first person account of that day by top cop Sadanand Date