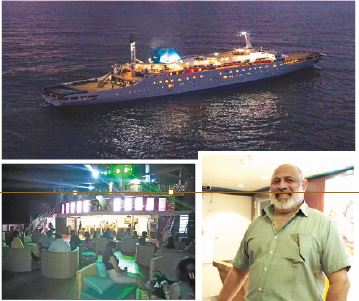 India and Goa’s first cruise liner is here: (clockwise from top) The 5-decked `Angriya’; Merchant Navy’s Capt Nitin Dhond; pub on one of the decks offers beverages, welcome peanuts and snacks while you may dance to the music or lull yourself into meditation while the sea wind blows into your face