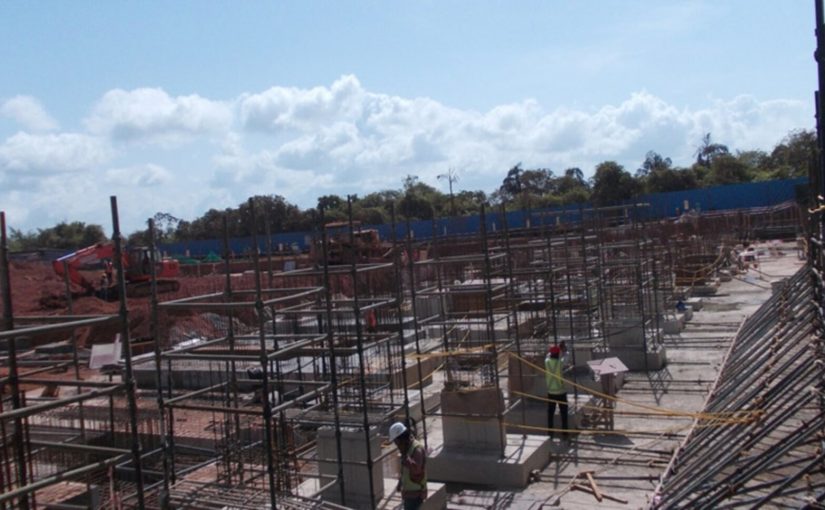 PLENTY: There are plenty of jobs available even for unskilled labour, specially in the construction industry which is witnessing a boom again

There is no shortage of jobs for those who willing to work. Lakhs of migrants who rush to Goa get immediate work as they are willing to do any kind of unskilled manual labour. The problem is wages. Even skilled labour in Goa like nurses and ITI Graduates are either ill-equipped or unwilling to take up the jobs at the wages offered of `10,000 to `15,000. Everyone wants a government job as the salaries are much higher, there is total security and a lifelong pension besides. The latest attraction is two year paternity and maternity leave to Government employees

As and when the NSSO Employment-Unemployment report for 2017-18 is released (the new name is Periodic Labour Force Survey), we will learn about the employment situation in India circa 2017-18; that is the total number of jobs created between the last NSSO survey of 2011-12 and 2017-18. The survey will not tell us how many jobs were created in 2017-18; for that we have individual non-NSSO surveys and methods, the most prominent being the estimates based on EPFO and CMIE data. The latter two vary by a significant amount with the former suggesting that around 7-10 million jobs were created in 2017-18, and the latter indicating that virtually no jobs were created (actually a decline of 0.5 million).

Tirtha Das and I, in a report prepared for the PMEAC (available on EAC website and http://ssbhalla.org/paper/employment), indicate that the PLFS data are likely to report that employment (by the commonly used measure according to “principal status”) in India in 2017-18 was around 448 million in 2017-18, an increase of 20 million jobs between 2011-12 and now. How good is this job creation? How does it compare with what happened earlier? These questions gain salience as 2019 is an election year, and one in which job creation is being hotly debated.

There are several reasons to expect that job creation between 2011-12 and 2017-18 will be much less than during 2004-5 and 2011-12. As many domestic and international experts have speculated, job creation worldwide is less now because of robots (artificial intelligence) and a decline in global GDP growth. These international factors are not the concern of those looking for a job, who are naturally upset if there aren’t enough jobs. This can have political consequences, as the shrill campaign by the Congress — where are the jobs? — seem to suggest.
Table 1 provides some background data on the Indian economy for the 40-year period from 1983 to 2023. It sheds some light (only the 2017-18 data are estimates) on the job situation, past and present, and whether the present conventional or collective wisdom (CW) on the Indian job economy is supported by the evidence.

An important political (and economic) question is, how many jobs need to be created in India to keep the unemployment rate constant at low, historical, rates. The CW is India needs 8 million jobs a year. Raghuram Rajan, distinguished economist and former RBI governor, believes that India needs to “employ 12 million people coming into the labour force every year” (speech at Berkeley on December 10, 2018). Our analysis shows that both CW and Rajan are way off the mark.

Table 1 presents some data on India’s employment scene. Column 6 reports the population increase for those more than or equal to 15 years, the “base” for which employment and related variables are estimated. Between 2004-5 and 2011-12, annual population increases were observed in the 15+ million range. If the Rajan estimate was correct, then 75% of these individuals had a job or were looking for a job. This large ratio has never happened in India, but has been observed on a consistent basis in Bangladesh and Nepal (and some East Asian economies like China and Thailand). Column 7 reports the average increase in labour force (and therefore “jobs needed”) on an annual basis during the NSSO survey years, 1983 to 2017-18. The maximum increase in labour force observed was for the period 1993-94 and 2004-5 — around 8.6 million jobs a year. During the recent 2011-12 and 2017-18 period, jobs needed were only 4.6 million a year.
What has been observed, and much talked about, is the “precipitous” drop in women’s labour force participation rate (LFPR) from 29.4% in 1983 to 23.4% in 2011-12. Education is very relevant for calculations of LFPR because of the very definition of labour force. Education and LFPR are mutually exclusive — if one is above 15 years of age and enrolled in school (or college), one cannot be in the labour force — and vice-versa.
Estimates of labour force are dependent on LFPR for both men and women. For men, LFPR is somewhere in the 90s; for women, historically and worldwide, LFPR is much lower. LFPR of women has to do with their education and income level as well as societal factors more specific to India than many other economies (marriage, caste, child rearing etc.). Amongst these, education is a very important factor, both for reasons of definition, and in determining attitudes towards work (general expectation is that women’s LFPR has a U shape, both with respect to education and family income).
It is the educational profile of women that has changed drastically over the years, and it is the rise in enrolment that is causing the jobs needed to fall to such lows. For the major education age-group of 15-24 years, only 16% of the Indian population was enrolled in school or college in 1983. Women constituted 28% of these students. For 2017-18, the latest year for which reliable estimates are available, enrolment within the 15-24 age-group was more than 50%. Women comprised 48% within this group. In a few years, it is very likely that women students will outnumber male students, a pattern already evident in most parts of the world.
This educational expansion has consequences for estimates of labour force, and hence, the need for jobs. Observe the following. Female population above 15 years of age was 412 million in 2011-12, and had a LFPR of 21.3%, a decline of 8.1 percentage points from the level of 29.4% in 1983. If the female LFPR rate had not declined, there would have been 121 million women in the labour force. Instead, we observe that the labour force consisted of 88 million. The “missing from labour force women” are therefore 33 million. Educational enrolment of women was 7 million in 1983 and 42 million in 2011-12, an increase of 35 million. In other words, the increase in education enrolment of women explains the entire decline in LFPR of women observed between 1983 and 2011-12!
The above calculations shed considerable light on estimates of labour force growth and “jobs needed”. Our calculations show that Indian labour force increased at the rate of only 4.6 million a year between 2011-12 and 2017-18. For these six years, total needed job expansion was only 28 million. Our estimate is that around 20 million jobs will have been provided during these six years. How good is this job performance? Compared to the super GDP growth era of 2004-5 and 2011-12, absolutely superlative. During those seven UPA years, only 10 million jobs were provided or just 1.4 million jobs a year; the recent six-year period (half these years under NDA) is likely to have provided 3.3 million a year, or more than twice the rate observed in the bumper UPA growth years.
It is political season, so exaggerations of achievements are inevitable. It is interesting to note that real jobless growth occurred during the tenure of UPA-I and UPA-II. If we were to divorce ourselves from politics, we will observe the following. First, that the labour force in India has educational achievements of the youth heretofore unmatched in our own history, and comparable to the best in the world. Second, gender equality amongst the newly-educated is now a reality, and we should emphasise that fact and understand its implications, rather than spend time expressing dismay over the lack of equality in India. The argument should shift from there being no jobs to why does the government continue to provide above market wages, pensions and benefits to several employees — this causes excess demand for government jobs, and the appearance of “jobless growth”. A large part of the so-called jobs crisis is because of demand for government jobs, not jobs per se. And yes, let us also appreciate that India does not need 12 million jobs a year.